A comprehensive overview of the development of neuromodulation including different types and what conditions they can treat. The article will be of help to anyone who has been told they will be treated through neuromodulation and would like an explanation of what this means, how it works and what it will involve.

Neuromodulation is one of the most exciting emerging techniques in neurosurgery. It is a powerful technique to treat patients with neurological conditions such as Parkinson's disease, tremor, dystonia, intractable pain and headaches. It essentially involves the use of electricity, delivered into specific parts of the brain, spine or the nerves to change their function and treat a whole spectrum of medical conditions. This can be tailor-made for individual patients to meet their individual needs. Unlike the traditional concept of surgery which involves making changes to the structure of the body to treat disease, neuromodulation acts to change the function in a new and innovative way.

The development of neuromodulation

Electricity has been used to treat the disorders of the brain for centuries. There are reports of Torpedo fish (electric rays), for example, being used to treat headaches in the time of Caesar. The modern neuromodulation, however, emerged in the later decades of 20th century when technologies to produce small electrodes and battery pacemakers became available. The systems available nowadays are fully implantable, which means that the system can be fully internalised under the skin of the body.

The delivery of electricity through electrodes

There are now two different types of battery available: fixed life or rechargeable. A fixed life battery does not require any intervention from the side of the patient. Depending on the amount of current required to treat each individual patient, the battery may last up to five years in most patients. Almost all systems now incorporate a patient controller which allows patients to check the battery life. Once near depletion, the patient will need to undergo a relatively simple operation to replace the battery. The rechargeable batteries last much longer and in some cases several decades. They do, however, require the involvement and commitment of the patient to recharge the battery (daily to weekly depending on use) through a recharger.

Is the system adjustable?

Yes! One of the main advantages of neuromodulation is that the amount of electricity and its pattern of delivery can be easily adjusted by the use of an external programmer. The programming device is simply held on top of the battery, even through clothes, and the required settings are dialled. Thus the amount of the electricity and therefore the therapy can be tailor-made to the needs of the patients.

What are the main types of neuromodulation therapy?

There are now many different types of neuromodulation therapy. Perhaps the commonest include: deep brain stimulation, spinal cord stimulation and occipital nerve stimulation. Below is a summary of indications, surgical technique and outcome of each. 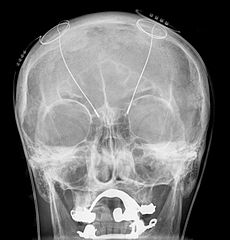 This form of neuromodulation involves delivery of electricity into specific parts of the brain to treat a number of conditions.

Parkinson's disease: This is a progressive neurological condition in which patients develop problems primarily with movements but also a whole range of other functions such as sleep and memory. Most patients present with tremor, stiffness and slowness of movements. Initially many of these symptoms can be managed well with medications. Over the years, however, a significant number of patients fail to be well controlled on medications or can develop disabling side effects. DBS although not a cure, therefore, may be an important treatment option for these patients. Several studies have shown DBS to be effective in improving movement problems associated with Parkinson's disease by 60-70% as well as improving the quality of life of patients. Many patients may also require less medication after the surgery. Indeed the National Institute of Clinical Excellence (NICE) which investigates the efficacy and cost effectiveness of treatments in the UK, approved DBS for Parkinson's disease in 2003. It did, however, emphasise that the delivery of this treatment requires a comprehensive team approach.

Dystonia: This is a condition dominated with abnormal muscle movements. There are many underlying causes of this condition including cerebral palsy and metabolic disorders. The condition may present in childhood or adulthood. The treatment options may be limited. DBS has played an increasing role in the management of patients with dystonia. Depending on the underlying cause of dystonia, improvements of 70% or more in abnormal movements have been reported. The treatment has been offered to children as young as three years with good results.

Intractable pain: DBS has been used to treat patients with intractable pain when all other treatment options have failed. Examples include patients with post-stroke pain, post-herpetic neuralgia (pain after herpes infection) and failed back surgery syndrome (persistent back pain and sciatica despite surgery). Patient selection and a multi-disciplinary approach are crucial for success of this treatment.

The operation typically consists of two stages which may be carried out during the same operative session or split by a few days. The first stage involves insertion of the DBS electrodes. Depending on the underlying condition one or two electrodes are usually placed. The accuracy of electrode insertion in the correct area of the brain is crucial and may be achieved by different techniques such as the use of high resolution MRI scans, performing the surgery awake under local anaesthetic to assess the response of the patient, or measuring electrical properties of brain structures. The electrode is inserted into the brain target through a small opening in front part of the scalp, behind the hairline, via a small hole made in the skull. Once the electrode is in place, it is anchored to the skull bone with a special device to avoid displacement. The second stage of the surgery is performed under general anaesthetic to connect the electrode to the battery pacemaker.

The system is usually "turned on" using the external programming device a few days after surgery. The system is initially set to deliver a low current which is then gradually increased in the out-patient clinic over the subsequent weeks until the optimal current is reached. In many patients reduction in medication parallels the increase in the therapeutic electric current.

The outcome of DBS surgery depends on the nature of the underlying condition and the experience of the DBS team. In patients with movement disorders, many aspects such as tremor, stiffness and slowness of the movements may be improved by 60–70% or more in well selected patients. In patients with intractable pain, improvements of 30–50% in the severity of the pain have been reported. In terms of adverse effects, events such as brain haemorrhage or stroke at the time of surgery leading to deficits or weakness are uncommon at around 1%. Other complications include infection, electrode migration or breakage. The experience of the surgical team is of prime importance in minimising the risks.

This involves delivery of electricity onto specific parts of the spinal cord, mainly to treat patients with a range of intractable pain syndromes.

In 2008, NICE approved SCS for the management of patients with severe chronic neuropathic pain, lasting more than six months despite conventional medical treatment. Neuropathic pain is that caused by damage to the nerve tissue, for example: failed back surgery syndrome, pain related to neuropathy, post-amputation limb pain, post herpetic neuralgia and causalgia. Similar to DBS, the emphasis on the importance of a multidisciplinary approach to patient selection and management remains.

SCS involves placing a small electrode on top of the spinal cord in the back or the neck, depending on the distribution of the pain, which is then connected to a battery pacemaker placed in the abdomen, back or below the collarbone. Similarly to the DBS system, an external programming device is used to adjust the settings for SCS. The system is usually set to deliver an initially low current which is then increased gradually over time.

There is now growing evidence on the role of SCS in the treatment of patients with intractable pain. A 50% or more improvement in the severity of pain has been reported in well selected patients. In terms of complications, infection, electrode displacement or disconnection may occur but are less common in experienced hands.

This involves delivery of electricity into the occipital nerve, which runs at the back of the head, to treat patients with different types of intractable headaches.

ONS is a relatively new technique which is proving invaluable in treating patients with certain types of headaches, not responsive to medications. The benefit is most reported in patients with chronic "transformed" migraine, cluster headaches (a condition characterised by extremely severe sharp pain, often behind the eye, together with tearing and redness of the eye) and occipital neuralgia (a severe type of headache often worse in the base of the head which may radiate forward to involve the whole head or backward to the neck).

The operation is now usually performed under general anaesthesia and may be done as a day case. A small cut is made at the upper part of neck/lower part of head and the electrode is inserted on top of the occipital nerve which is then connected to a battery placed below the collarbone. There is no need to open the skull or spine. The amount of electricity delivered can be adjusted after surgery using the external programming device.

In well selected patients and in experienced hands, improvements of 50% or more in severity of headaches have been reported. Complications are uncommon but may include infection or electrode displacement.

Neuromodulation in its various forms is emerging as a powerful technique to treat patients with a range of conditions including Parkinson's disease, tremor, dystonia, intractable pain and headaches. The ability to externally adjust the delivery of the electric current allows the treatment to be tailor-made to the individual needs of the patients. 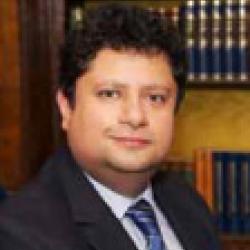