What is endoscopic microdiscectomy?

Endoscopic microdiscectomy is a new keyhole surgery technique that allows surgery for prolapsed (slipped) discs to be performed through a needle puncture as opposed to an open wound.

What conditions are treatable by endoscopic microdiscectomy? 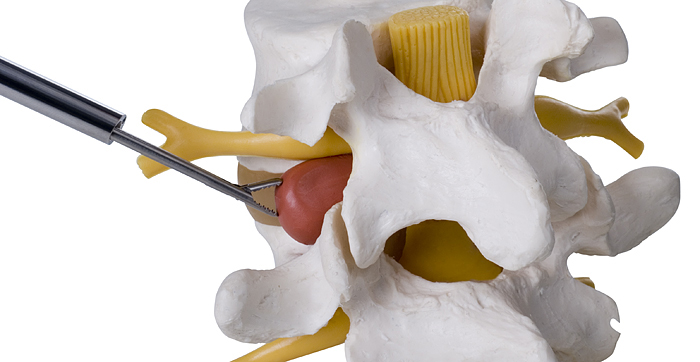 Endoscopic microdiscectomy is currently deemed suitable for patients with sciatica caused by a prolapsed (slipped) disc. Whether an individual patient would benefit from this technique as opposed to conventional open surgery is a decision best made by the patient in consultation with a surgeon who is expert in the technique as various technical considerations (that vary from patient to patient) do play a significant role in the success of this technique.

What are the benefits of endoscopic microdiscectomy over other forms of surgery?

The procedure has several advantages for those patients that are suitable for the intervention. Firstly, as opposed to a several centimetre incision (5–10cm on average) that is required in even the smallest conventional microdiscectomy, the endoscope allows the whole operation to be performed through an incision no bigger than a needle puncture.

Secondly, because the endoscope is far more gentle and precise as a technique, there is much less tissue damage and scarring. This means that the incidence of subsequent pain (both in the muscle and wound) is greatly reduced. Indeed most patients are able to go home the same day.

Thirdly, because of the precision and gentleness of the system it is virtually bloodless.

Finally, because the whole procedure is literally performed through a needle puncture it is usually done without the need for general anaesthesia, using sedation and local anaesthetic alone. This means that the risks that are inherent when a general anaesthetic is required are avoided.

What is the procedure of endoscopic microdiscectomy? 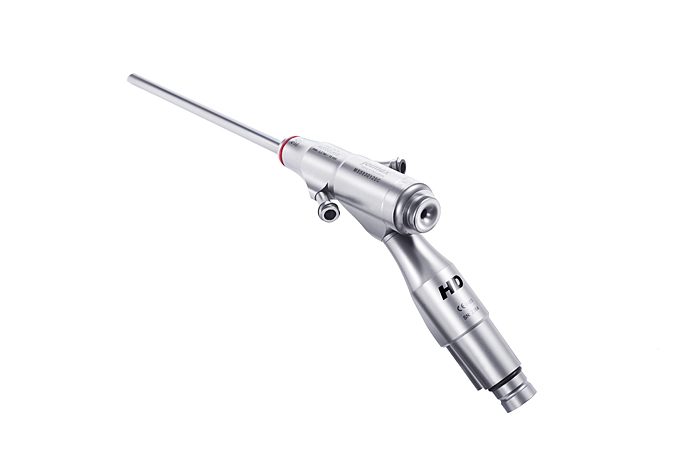 The patient is positioned either on their side or lying on their front and because of the sedation used and the tiny needle incision required for the whole procedure the patient will feel no pain.

The surgeon guides the endoscope to the surgical area where the offending vertebral disc is to be found under x-ray guidance. At this point while viewing the whole procedure via a high-definition screen, the surgeon is able to remove the protruding disc under constant observation.

What is the evidence that supports the use of endoscopic microdiscectomy?

The endoscopic surgery technique and equipment used by myself, has been developed and validated in Germany over the last five years and early studies confirm a success rate of over 93%, which compares very well to the more conventional open techniques (1,2).

Following extensive training in Germany and independent practice in London with the German team, I became the first surgeon to perform the technique in England. The technique has been vetted and approved by the governance committee of King’s College London NHS trust. 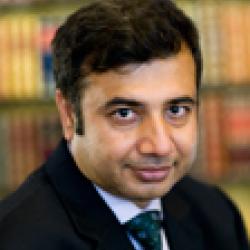