Consultant Orthopaedic Surgeon, Mr Mark Rickman, discusses his approach to hip replacement surgery and why explains why he would choose hip resurfacing for himself

My standard total hip prosthesis is a Corail stem made by DePuys and a Trinity shell made by Corin. The first decision as a hip surgeon is whether a prosthesis is going to be cemented or un-cemented.  My belief is that by using an un-cemented system combined with accurate pre-operative templating I can recreate the leg length and offset more accurately than I can with a cemented system, and thus restore more normal joint function. Interestingly it is often said that people choose un-cemented systems because they are faster, but actually if one takes into account the time it takes to template accurately pre-operatively then the time is probably the same.

Within the un-cemented choice of stems the Corail stem has excellent 10 year follow-up data, and good instrumentation. It has a large number of options in terms of offset and stem sizes and comes with both collared and collarless varieties and thus a near-perfect individual solution can generally be found for most cases. The choice of un-cemented socket in some ways is simpler as there are many sockets on the market that are all extremely similar in terms of outcome and performance. For me, the Trinity shell has more options and is therefore slightly more flexible than some of the competitors.

Q3: Do you use this exclusively?

I use this combination in approximately 80% of my hip replacements.

Q4: If you sometimes use alternative prostheses, please specify which (s) and why?

For young male patients I still perform hip resurfacing using a Smith and Nephew Birmingham hip prosthesis. For very unusual types of femur I will use an SROM, again made by DePuys and for some of the younger female patients I use a Corin mini hip, again with a Trinity shell, and ceramic bearings. In extremely elderly patients or for neck of femur fractures/acetabular fractures, in view of the lower bone quality,I use a cemented Exeter stem.

Q5: What procedure do you use?

For standard total hip replacements I use minimally invasive surgery.  This is no more difficult really than using a large incision, does not take any longer but certainly leads to less muscle damage in my hands, less bleeding and probably a slightly quicker recovery (although I accept there is little evidence to back that up). However, to date I have never had a poor result directly due to using a minimally invasive approach, and patients certainly prefer it.  In the past I used computer navigation to help, but gave it up as I saw no significant benefit to it.

Q6: If you needed a hip replacement now which prosthesis and procedure would you opt for?

If I had to have a hip replacement myself now then I would have a hip resurfacing with a Smith and Nephew Birmingham prosthesis, but I would be quite careful regarding which surgeon I went to! Most of the current evidence still supports hip resurfacing in men under 60 as being the best overall option. If that were not available then I would have a standard un-cemented total hip replacement with a ceramic on ceramic bearing to provide longevity.

Q7: What over-riding piece of advice would you give about hip replacement?

I would probably say something along the lines that hip replacement is extremely safe and remarkably reproducible in terms of its outcome, and very rarely do patients regret having it done.  Actually the most common thing that I hear in the clinic is that people wish they had had it done sooner than they did. However, it is still a significant life event and takes several months to recover from fully. My advice to patients therefore would be not to be afraid of having it done and that invariably should they require this surgery it is the right thing to do. But there is no rush, and don’t have it unless you need it! 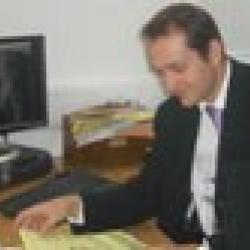 Choice - patients have it