The Leksell Gamma Knife is used to deliver radiotherapy with precision to treat a variety of neurological problems involving the brain.  Most of the conditions treated are tumours – both benign and malignant – but in addition tangles of arteries and veins (arterio-venous malformations –AVMs) can be obliterated and the excruciating facial pain known as trigeminal neuralgia can be relieved.

The history of Gamma Knife surgery (a term used to denote delivery of radiotherapy in a small number of treatments, usually on one day but up to a maximum of 5 daily sessions) goes back to 1951 when Lars Leksell, a Swedish Neurosurgeon, working with Borje Larsson, a physicist in Uppsala developed the concept of the ‘ray knife’ using proton beams.  He subsequently changed the radioactive source to gamma rays derived from the unstable cobalt-60  isotope and the Gamma Knife® was born in 1968.

The first treatments using the new machine were for ‘functional’ conditions such as movement disorders and chronic pain but within a year it became clear that many of the benign growths around the skull base (acoustic neuromas, meningiomas, pituitary tumours) could also be treated.  Subsequently arterio-venous malformations and later metastatic brain tumours (which have spread to the brain from cancers elsewhere in the body) were added to the list of suitable targets.

Over the past 40 years the Gamma Knife has evolved and each new model has become increasingly sophisticated, both in terms of the hardware as well as the radiotherapy planning software which has developed to match the explosive progress in computing over the past decades.

The current ‘state of the art’ model, the Perfexion™, is immeasurably better than the earliest machines and combines ease of use with incredible accuracy of radiosurgery delivery and speed of treatment, reducing the time the patient has to stay in the unit.  It uses 192 shielded cobalt sources arranged around the head such that all of the beams converge at a single point.  The target for treatment (avm, tumour etc) is placed at the convergence point and to ensure that the whole of the target is covered with radiation, the patient’s head is moved slightly between each dose, effectively ‘painting’ the tumour with radiotherapy.

The London Gamma Knife Centre started in Harley Street in 1999.  It used Consultant Staff from Barts and the Royal London to provide the medical expertise needed and involved a range of specialists (neurosurgery, clinical oncology and neuro-radiology) to collaborate on the treatments as well as to meet regularly and discuss all of the referrals to the unit before accepting them for treatment, or refusing if thought inappropriate.  This multidisciplinary approach was not common at the time but has since been adopted by most centres.

In 2006 the London Gamma Knife Centre was acquired by HCA international and the Gamma Knife was upgraded to the model 4C™.  Within 3 years the machine has been upgraded again to the Perfexion™ and the opportunity also taken to move the facility to St Bartholomew’s Hospital to emphasize the close collaboration with the NHS that exists.  Currently NHS patients comprise around 85% of those treated and clinicians from hospitals both within London and outside are welcome to treat their patients in collaboration with Barts specialists.

The website for the London Gamma Knife Centre at Barts gives a clear description of the patient pathway  but to summarise:

The types of condition usually treated include:

Arterio-Venous Malformations (AVMs).  These are abnormal tangles of arteries and veins that can occur in the brain.  The individual affected will have been born with the abnormality and may go through life without ever knowing of its presence.  On occasion they can cause epileptic seizures (fits) or may bleed leading to a blood clot forming in the brain (one type of stroke).  Before the Gamma Knife was known to be effective for these, surgery was usually the treatment of choice, and may still be the preferred option for some AVMs.  Most, however, would now consider the Gamma Knife to be the better option as the risks of treatment with radiosurgery are less than a standard neurosurgical operation.  It should be noted, however, that radiosurgery may require more than 2 years to obliterate the malformation and cannot be used for very large AVMs (generally if greater than 3cm in diameter).  For these very large lesions, even surgery is often not recommended, as the risks of complications tend to outweigh the benefit of removal.

Acoustic Neuroma.  Also known as vestibular schwannoma, these are benign tumours of the nerves of balance/hearing (the vestibulocochlear nerve).  They are normally very slowly growing (around 1-2mm per year) and normally present with increasing hearing loss on the side of the tumour, coupled with noise in the ear (tinnitus) and unsteadiness.  When diagnosed the options include observation with scans at intervals for small tumours, radiosurgery or surgical removal.  Again, radiosurgery has become the treatment of choice for tumours under 3cm in diameter in many centres around the world with arrest of tumour growth in more than 95% of cases.  There is increasing evidence that treatment of small tumours may allow preservation of residual hearing and if this is confirmed this would make a good case to treat all small tumours before all hearing is lost on the affected side as there is no treatment that will restore hearing when lost.  There is an often-quoted risk of transforming these benign tumours into cancers as a result of exposing them to radiation.  Although a few cases have been documented, the overall risk is thought to be between 1:1000 and 1:10000 – much less than the risk of a serious complication from surgery.

Meningioma.  These are also benign tumours, but these arise from the membranes surrounding the brain.  When located in an easily accessible location, the treatment of choice is generally surgery as they are normally cured by removal.  On occasion, perhaps if the risks of surgery are considered too great due to location, age or fitness of the patient, or if previous surgery has not been curative, radiosurgery can be used either as a primary treatment or as a addition to surgery to enhance the chance of cure.  Many thousands of meningiomas have now been treated around the world with a chance of growth arrest of more than 90% in favourable cases.

Pituitary Tumours. Also benign tumours, sometimes these shrink in response to certain medications but generally the treatment of choice when needed is surgery.  For some individuals radiosurgery may be used instead of surgery or as an addition to surgery that has not been curative.

Trigeminal Neuralgia.  This type of facial pain, often described as electric shock spasms of pain in the forehead, cheek or jaw, is said to be the worst pain imaginable, on occasion leading to suicide.  Drug treatment can be very effective and there are also good surgical treatments available.  Radiosurgery is a relatively recent addition to the therapeutic armamentarium and can give excellent pain relief although it may take many weeks to be effective and there is a risk of later relapse.

Metastatic Deposits.   These are deposits of cancer that have spread to the brain from cancers elsewhere in the body – breast cancer is just one example. Traditional treatment for this is to give whole brain radiotherapy in fractions on a daily basis for 2-3 weeks.  There are certain advantages to using radiosurgery for these tumours, either instead of whole brain radiotherapy or as a boost of radiation in those patients whose tumours have not responded to whole brain irradiation. In the USA at least 50% of patients treated in Gamma Knife units will have brain metastases.  In the UK the percentage is much less, partly due to differences in referral patterns by oncologists but also due to a reluctance to fund the treatment by primary care trusts (PCTs).  Refusal for funding is often stated to be due to a paucity of evidence regarding efficacy of treatment but this flies in the face of the very large number of publications in favour of radiosurgery in this situation.

This short article has only been able to give a ‘taster’ of what is possible with current Gamma Knife® surgery techniques.  There are many other areas of interest and research, which may be possible to cover in subsequent pieces. 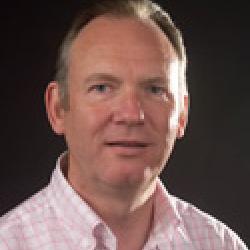 Consultant Neurosurgeon
Related articles
Could gamma knife be the best treatment for my AVM?

Consultant neurosurgeon
MS Awareness Week: What is the best treatment for multiple sclerosis?