How To Treat Sex Addiction

When did sex addiction become a medical condition?

We may think about sex addiction being a modern phenomenon, but the truth is, the idea of a libido that is compulsive and problematic has been around a long time. The Greek’s had a word for it Satyriasis – taken from the priapic mythological beasts, and the female equivalent, nymphomania, again Greek mythology was the inspiration.

The term ‘Hyperesthesia’ was coined by Austrian psychiatrist Richard von Krafft-Ebing in 1886, which he described as ‘abuse of oneself and an abnormally increased and intense libido’. However, ‘sexual addiction’ was a term introduced by psychotherapist Patrick Carnes in 1983, ‘Out of The Shadows: Understanding Sexual Addiction’. He argued that those who had multiple partners and/or sought out sex constantly without thought to their safety or health were in the grips of an addiction: their relationship with sex had become comparable to that of an alcoholic’s relationship with alcohol. It’s important to remember that sex addiction – known as hypersexual disorder, or Compulsive Sexual Behaviour has not been officially recognised as a disorder. However, many mental health professionals and addiction experts do accept that it is a discrete disorder in its own right.

Any clinician who is considering whether a patient is affected by sex addiction needs to take certain factors into consideration. Naturally, they will have to do a thorough examination and exclude other conditions such as bipolar disorder or some forms of degenerative brain conditions, but also, the following need to be considered.

How much sex is too much? How much is enough? And who decides? In essence, the term sexual addiction could be used  to describe any sustained sexual behaviour that feels 'out of control'. Other more specific signs of sex addiction could be:

A tube placed inside a tubular structure in the body, to keep it patent, that is, open. Full medical glossary 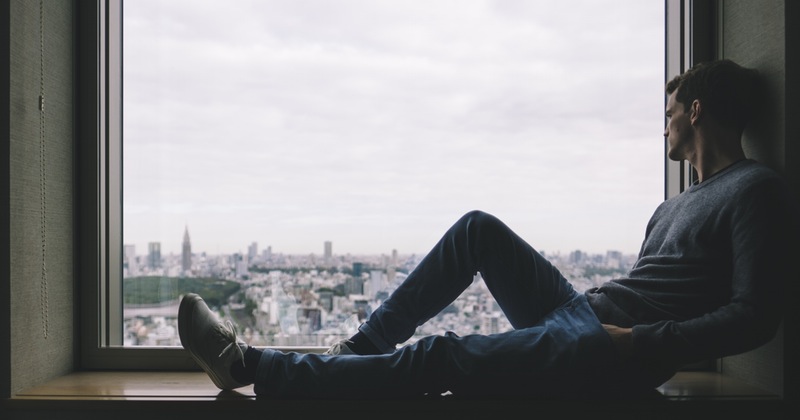 Am I a sex addict?

So how can an individual tell if they have a problem with sex addiction? After all, having sex is usually a positive thing. It can bring rewarding sexual pleasure. In the first instance, people find themselves in denial or minimise their problem.

Many sex addicts don’t seek treatment unless an ultimatum by a family member, work supervisor, or court order or there is a deterioration in overall functioning

The reasons sex addicts end up seeking help are multiple. They include:

The diagnostic criteria for hypersexual disorder

To have a diagnosis of hypersexual disorder, the patient should be at least 18 years of age and the behaviours should have occurred over a period of at least six months. Patients with hypersexual disorder will have had recurrent and intense sexual fantasies, sexual urges and sexual behaviour in association with four or more of the following five criteria:

1) Excessive time is consumed by sexual fantasies and urges and by planning for and engaging in sexual behaviour.

4) Repetitive but unsuccessful efforts to control or significantly reduce these sexual fantasies, urges and behaviour.

5) Repetitively engaging in sexual behaviour while disregarding the risk for physical or emotional harm to self or others.

In addition, there is clinically significant personal distress or impairment in social, occupational or other important areas of functioning associated with the frequency and intensity of these sexual fantasies, urges and behaviour.

Clinicians should exclude hypersexual disorder and investigate further when there is a chance that sexual fantasies, urges and behaviours that are not due to direct physiological effects of exogenous substances (e.g., drugs of abuse or medications) or to manic episodes from Bipolar Disorder.

How prevalent is sex addiction? 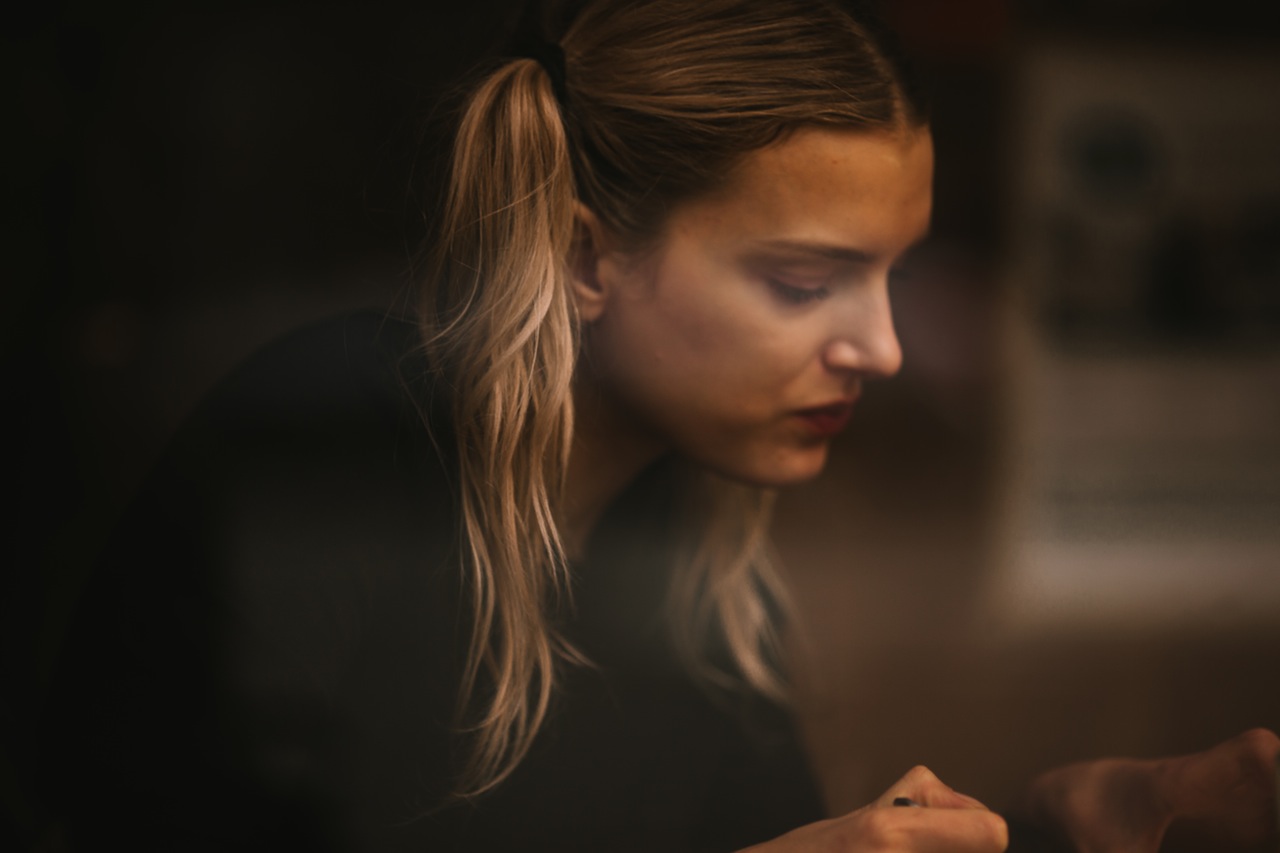 Why does sex addiction happen?

There are different theories about the root of sex addiction. Attachment difficulties predispose to problematic sexual behaviour (desire for intimacy, but intense fear of it; craving for sexual validation from multiple partners). At the core of sexual compulsion is an attempt to recover from a negative early childhood experience. When someone has attachment difficulties, it impedes our abilities to relate to others and form relationships.

In the theory behind Cognitive Behavioral Therapy, sexual impulsivity is a result of an impaired expression of a thought promoted by an irrational belief system consisting of a deteriorated self-image, a prediction of failure and a sense of helplessness.

There are three specific beliefs at the core of sex addiction:

3) ‘My needs will never be satisfied if I have to depend on others.’

Multiple sexual partners and frequent sexual activity are used as a remedy to traumatic experiences and is a way to relieve emotional pain.

Is there a biological reason for sex addiction?

For some sex addicts, there may be a biological basis causing or at least exacerbating hypersexuality. This may include hormonal abnormality. Dopamine and serotonin play a role in sexually appetitive behaviour. The pituitary gland is implicated in the regulation and the control of phenomena such as anger and sexual drive. Then of course, there are the effects of methamphetamine and cocaine in causing hypersexual behaviour. In certain individuals, compulsive sexual behaviour patients have a significantly higher superior frontal region. Psychiatrists treating must investigate and exclude these factors before making a diagnosis of Hypersexual Disorder. 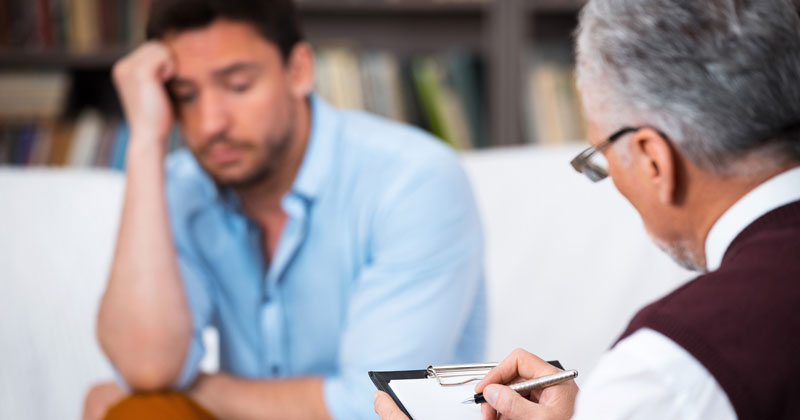 How to treat sex addiction

The best promise for treating Hypersexuality Disorder is using a delicate balance of integrated strategies. A psychiatrist may include the following strategies to help those coming to terms with sex addiction.

Cognitive behavioural therapy (CBT) may be used to treat hypersexuality. These techniques are designed to help the individual to transform their thought patterns into more effective ways of coping. CBT also utilises educational interventions and helps to structure and maintain a balanced and healthy lifestyle.

Psychotherapy for hypersexuality aims to improve the emotional self-regulation and to promote the ability of individuals to establish meaningful interpersonal relationships. It also helps increase intellectual understanding of the condition, which allows patients to become aware of the mental processes and psychological basis of their subjective experiences and their behaviour. Psychotherapy helps to integrate feelings, needs, desires, fears, beliefs and basic defences. It can help internalise self-regulating behaviours that were missed in childhood development. These things are usually hidden from consciousness, but with awareness they can be integrated to the conscious self, and compulsive and unhelpful behaviours can therefore be stopped.

Sex Addicts Anonymous (SAA UK) uses the self help group model originally developed in Alcoholics Anonymous. It promotes accountability in an atmosphere of support. There is a focus on achieving ‘sexual sobriety’ and recovery by helping individuals be honest with themselves and learn new coping strategies

For some patients, medication may help to treat their hypersexual disorder within an integrated treatment plan. It is vital that any drugs to treat sex addiction are prescribed by a psychiatrist or qualified physician. For example, certain medications like  Selective Serotonin Reuptake Inhibitors (SSRI) can ameliorate the obsessive-compulsive nature of the sexual fantasies, thereby decreasing their frequency and intensity and general sexual appetitive behaviour. 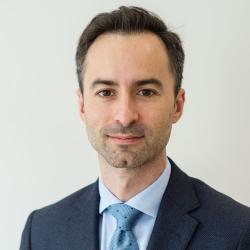