A guide to medical detox from alcohol

From a diagnostic perspective, the use of alcohol (and of course drugs), can be considered as occurring in three patterns:

Harmful use of substances is recognized as a disease within the International Classification of Diseases (ICD10) and Diagnostic Statistical Manual (DSMIV).   For all substances apart from alcohol, diagnosis is made dependent on criteria measuring the existence or otherwise of biological, psychological or social harms.

How much alcohol is too much?

Harmful use of alcohol is further defined in terms of quantity of alcohol consumed. In the UK, the Chief Medical Officer’s guidance is that no more than 14 units of alcohol should be consumed over a one week period, and that there should always be some drink free days within the week. Units of alcohol in a drink can be calculated by the percent alcohol-by-volume (%a.b.v.) of the drink multiplied by the litres consumed.  Clinicians should be aware that the old guidelines of 2 units for a pint of beer and 1 unit for a glass of wine are out-of-date and will lead to an underestimation of quantities of alcohol consumed.

The use of the term ‘dependence’ indicates the presence of a dependency syndrome as defined by the World Health Organisation (1981). This modern concept of dependence encompasses both the psycho-social and physical characteristics of addiction and includes a number of ‘symptoms’. 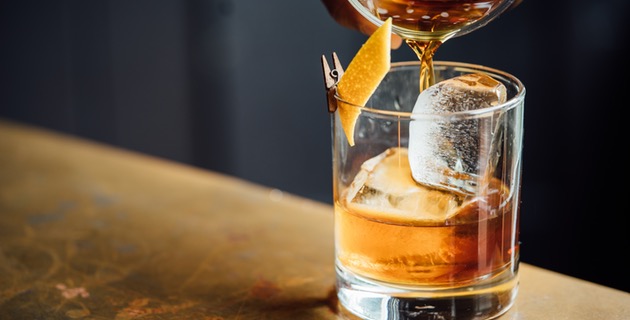 What are the symptoms of substance dependency disorder?

Not all of these symptoms need to be present to indicate the presence of a dependency syndrome, and it is often the case that an individual is dependent on a substance in the absence of a withdrawal syndrome.

Dependency to any substance of misuse, including alcohol, is associated with pathological functioning of central nervous system reward systems (nucleus accumbens and ventral tegmental dopamine pathway).  Healthily functioning reward systems are essential for maintenance of survival behaviours such as eating, drinking and sexual activity.

In the dependent substance user, these same systems deliver rewarding experiences for drug/alcohol use.  Symptoms of dependency such as ‘persistence despite awareness of harm’ can be understood as occurring in response to powerful subconscious drives which themselves are mediated biologically through these brain centres.

Both harmful use and dependency may indicate the need for treatment, as may the particular risks or harms arising from the problem use or dependency.

There are two major forms of treatment for substance misuse - psychosocial treatments and pharmacologic treatments. While each has specific indications and strengths, no counselling intervention or pharmacotherapy is universally effective, and both forms of treatment have some limitations, particularly when used alone.  Outcomes can be broadened, enhanced and extended by combining the most effective forms of counselling and pharmacotherapy.

Common roles and indications for pharmacotherapy in the treatment of substance misuse disorders include management of intoxication, detoxification, maintenance prescribing and prescribing to prevent relapse.

Intoxication with central nervous system (CNS) depressant drugs (alcohol, opiates, sedative-hypnotics, solvents) may cause death either directly through depression of brainstem centres responsible for maintaining essential bodily functions such as respiration, or indirectly through accidental injury or inhalation of vomit. The effects of such drugs are additive, and thus although an overdose of a benzodiazepine is rarely fatal in its self, it may well cause death if taken together with another CNS depressant drug. Intoxication with central nervous system stimulant drugs such as cocaine and amphetamine may cause death directly through cardio- and cerebro-vascular complications, or indirectly through accidental or self-inflicted injuries sustained while psychotic. The regular use of all substances is associated with an increased risk of suicide and deliberate self-harm. 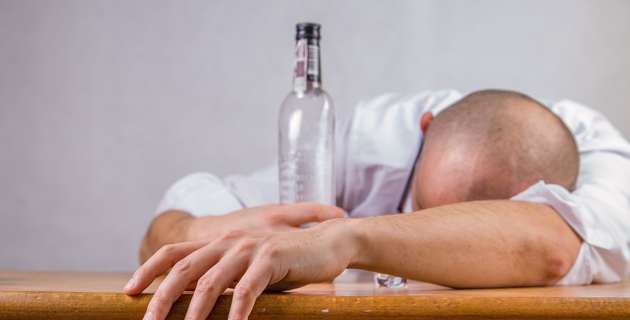 How to detoxify from alcohol

Detoxification from alcohol is only indicated in those who experience physical withdrawal symptoms such as shakes, sweats, panic, anxiety or withdrawal fits after a period of abstinence (e.g. overnight), or in those that drink to avoid such symptoms.  No patient should ever be advised to stop drinking immediately due to the potentially life threatening complications of Delirium Tremens, seizures and Wernicke's Encephalopathy. Patients who do not require a detoxification can be advised to slowly reduce their daily intake of alcohol over a period of days or weeks, as can patients who are physically dependent but cannot or will not access detoxification.

The drug of choice for control of withdrawal is chlordiazepoxide.  Oxazepam may be the drug of choice for alcohol detoxification in patients with hepatic insufficiency, as it is not metabolised by the liver. Chlormethiazole (Heminevrin) which has been associated with a risk of death due to respiratory depression when combined with alcohol, should be avoided.

A course of parenteral thiamine should be given over the first several days of detoxification as prophylaxis against the development of Wernicke's Encephalopathy and chronic memory deficits. Wernicke's-type brain damage is highly prevalent in alcoholics as are associated memory deficits which cause permanent disability. Oral thiamine preparations may be poorly absorbed in the alcoholic patient.  The administration of glucose for the treatment of hypoglycaemia may exacerbate the acute loss of thiamine even further in the detoxifying alcoholic, and it is essential that parenteral thiamine is administered before the glucose load.

A presumptive diagnosis of Wernicke's Encephalopathy should be made if any of the following supervene during detoxification: ataxia, confusion, memory disturbance, hypothermia, hypotension, opthalmoplegia or nystagmus, coma/ unconsciousness. This represents a medical emergency and should result in immediate transfer to hospital, and treatment with high dose intravenous thiamine. 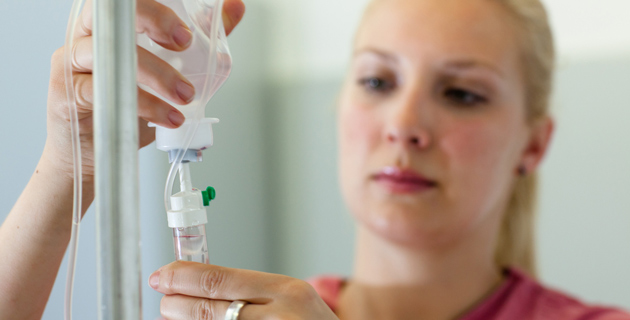 How to prevent relapse back into alcoholism

In the large majority of cases psycho-social interventions are more effective than pharmacologic interventions in preventing relapse to substance misuse.  However, the prescription of medication to prevent relapse as an adjunct to psycho-social treatments may enhance outcomes in some cases.

Acamprosate and disulfiram are used to aid the prevention of relapse to alcohol misuse. Naltrexone, more commonly used for heroin and methadone abuse may also be used. Acamprosate may be prescribed routinely to aid in prevention of relapse to alcohol. It is best commenced during alcohol detoxification, but may be started at any time and continued through lapses to drinking. Disulfiram, is only suitable for prescription in selected cases.

Naltrexone is an opiate receptor antagonist. It works by blocking the opiate mu (µ) receptor, preventing its activation by opioid receptor agonists such as heroin and methadone. Naltrexone is also sometimes used for prevention of relapse to alcohol.  It is usually prescribed orally, although a a depot preparation is available for prescription off licence.

Acamprosate is a putative anti-craving drug, licensed for use in alcohol dependency. Its exact mechanism of action is unknown, but it is thought to act via several mechanisms affecting multiple neurotransmitter systems. At the neurobiochemical level, acamprosate's main action may be to cause a relative inhibition of CNS hyperexcitability through a reduction of both glutamate release and receptor activation (glutamate is the major excitatory neurotransmitter).

How effective is Acamprosate?

Acamprosate has a positive profile in terms of proven effectiveness and good tolerability. Early results from a meta-analysis of randomised controlled trials demonstrate its effectiveness as compared to placebo, but also indicate that up to 17 patients would have to be treated for a single patient to remain abstinent who would otherwise have relapsed. There is no substantial data to indicate which kind of patient is likely to respond. However, acamprosate reduces alcohol consumption (rather than maintains total abstinence) in a greater number of patients.

What are the side-effects of Acamprosate?

Acamprosate is generally well tolerated; its commonest side-effects are diarrhoea, and mild/transient dermatological effects. Other potential side-effects include nausea, vomiting, abdominal pain, and fluctuation in libido. It has no abuse potential and no sedative, mood or cognitive effects.

Disulfiram acts through the inhibition of the hepatic metabolism of alcohol leading to an escalation of plasma acetaldehyde levels. The rationale of prescribing is one of 'aversive therapy'. The following symptoms may result following alcohol consumption:

Despite its common-sense advantages there is a surprising lack of quality evidence demonstrating that disulfiram increases abstinence rates. Anecdotal reports suggest success in individual cases, especially where a carer is available to supervise daily administration.

Side effects of Disulfiram

There are reports of occasional rashes, tremor, headache, dizziness, peripheral neuropathies and psychosis. There is some evidence that disulfiram may precipitate liver damage, which may be severe, and liver function tests should be performed on a regular basis throughout the course. It is contraindicated in pregnancy and breast-feeding, patients with a history of cardiovascular (including hypertension) or cerebrovascular disorder and in hepatic and renal failure. It should also usually be avoided in patients with a history of deliberate self-harm.

The unpleasant reaction can sometimes be triggered by the presence of alcohol in liquid medicines, remedies, tonics, foods and toiletries - patients must be warned to avoid close contact with or consumption of anything containing alcohol.

Disulfiram should not be commenced within 24 hours of the last drink, and it is advisable to perform a breathalyser test before induction. Continuation will usually be for a period of 6 months to one year.

For anyone who finds they suffer withdrawal symptoms when they try and stop or cut down on alcohol, it is highly recommended that you seek out a doctor’s help and embark on a medical detox. 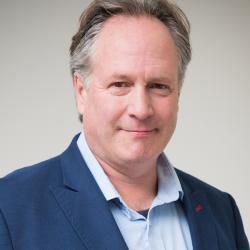