Dr Christos Kouimtsidis MBBS, MSc, MRCPsych, CCST, PhD is a Consultant Psychiatrist for adults with mental health problems and he has a speciality in the treatment of drugs and alcohol addiction. After completing his medical training at Aristotle University of Thessaloniki Greece in 1990, Christos has gone onto further training in the UK. He completed his psychiatric training at Guys and St Thomas (UMDS) rotation scheme alongside obtaining his MSc (1997) before moving to St George’s University (SGUL) for his senior training in addictions, from where he received his CCST in 2002. He completed his PhD at King’s College London (KCL) in 2009.

Since 2002 Dr Christos has held Consultant jobs in the NHS and honorary Senior Lecturer positions. In 2012 he started his private practice.

His main research interest is the hybrid models of addiction, meaning the combination of biological and psychological understanding and treatment. He has introduced the concept of structured preparation before alcohol detox (SPADe) and that of pre-habilitation in addictions.

Dr Christos has performed a number of randomised controlled trials into addiction treatments. He has a research budget exceeding £1.5 million and more than 60 peer reviewed publications as well as editorials and book chapters/books.

Why this particular specialism?

This is a great evolutionary challenge. We are made to develop addictive behaviours but only brave people choose to change. To that effect they deserve our respect and support.

As a clinician the best reward is to see clients and families moving forward and changing.

We are vulnerable to develop automatized behaviours/addictions. This is the price to pay for being able to learn. Choosing to change behavioural patterns requires courage, deserves respect and needs support. 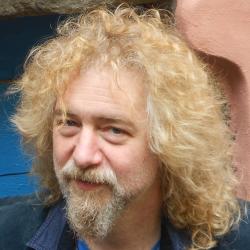