Understanding the relationship between alcohol, sobriety and gender

This article uses what I call a ‘gendered lens’ to examine the ways in which both drinking and sobriety are social processes shaped by our gender. I consider some of the implications of this for how we think about drinking (including the gendered pressures to drink in particular ways) and sobriety (including gender and stigma, and the need for treatment and support services to take gender into account).

Social scientists and researchers have long been interested in alcohol and the ways in which drinking norms, trajectories and experiences are shaped by different aspects of our identity, including our gender. My own research explores how both consuming and abstaining from alcohol are gendered processes. In this sense, I am referring to much more than any biological differences in capacity for consumption and the way alcohol is processed by our bodies or the debate around whether weekly recommended consumption levels should be differentiated by gender. Rather, there are also important ways in which both drinking and sobriety are social processes that may place different expectations on individuals who identify as men, women or outside of these categories. In this article, I will explore the relationships between alcohol, sobriety and gender, and suggest that if we want to understand more about society’s relationship with alcohol – and indeed our own - bringing what I call a ‘gendered lens’ to the subject can be useful.

A gendered history of drinking

Historically, drinking was a masculine pastime in many Western drinking cultures. In the UK, the traditional pub or ‘working man’s club’ was a male-dominated space, and researchers in the UK and more widely recognise historical associations between masculinity, toughness and beer-drinking. On the other side of the coin, drinking (and particularly being visibly drunk in public) was historically regarded as ‘unfeminine’ or unladylike behaviour for women. Indeed, drinking was understood as a threat not only to women’s health and safety, but to their respectability and their femininity. Even as female drinking became more acceptable, there is a long history of ‘gendering’ of particular drinks (building on this legacy of beer being regarded as more masculine). This is something I’ve talked about in my own research on ‘girly’ drinks and the ‘girls’ night out’.

Whilst the ‘gendering’ of drinks endures, it is clear that public attitudes towards women’s drinking have changed. Whilst being very drunk might still be viewed as unattractive, risky or unladylike behaviour for women, generally women’s drinking is much more accepted and normalised, and we know that by 2016, women’s alcohol consumption was catching up with men’s in many countries. This is in part because the alcohol industry has identified women as a lucrative consumer market, resulting in products targeted specifically at women and the rise of phenomena such as ‘wine mom’ culture and the ‘feminisation’ of drinks such as ‘pink gin’ and rose wine.

What happens when we use a ‘gendered lens’ to think about drinking?

Being aware of this history helps us to bring what I call a ‘gendered lens’ to understanding alcohol consumption today. The pressures on men to ‘hold their drink’ and to be able to enjoy – to borrow a trending phrase – a ‘big bag of cans with the lads’ stem in part from these historical ties between masculinity and beer consumption. More recently, my own work suggests that women may also experience forms of pressure to drink ‘girly’ drinks as part of performing or enacting female friendships. All of this also has important implications for public health campaigns designed to encourage us to reduce or rethink our drinking. Simply stating the ‘harms’ (health, financial or otherwise) of drinking is unlikely to encourage a widespread move towards more moderate drinking because this approach fails to appreciate the ways in which alcohol is bound up with socialising and friendships and may even be a way for us to ‘perform’, subvert or challenge certain identities and ways of ‘doing’ or ‘undoing’ gender.

But what about stopping drinking? Could that be a gendered process too? The stereotype of problem drinking and alcoholism is again a masculinised one. When I interviewed women in early sobriety for a piece of research recently, they suggested that it can be hard for women to identify with a status as a ‘problem drinker’ or ‘alcoholic’ as such labels are bound up with an image of a certain type of male drinker. My participants also had specific concerns about gendered types of ‘stigma’ that might apply to women. Many of them felt that acknowledging any issues with alcohol might mean they were seen as ‘bad’ mothers or wives (and indeed whilst concerns about being a good parent or partner are by no means exclusive to women, these ideas are clearly linked to issues of femininity and respectability). Previous research suggests that women who drink in so-called ‘problematic ways’ may be perceived as particularly ‘deviant’, although non-drinking for men can also come with challenges if sobriety is perceived as some kind of failure of masculinity. For example, a man who doesn’t drink may come up against particular kinds of pressure or be judged as someone who ‘can’t hold his booze’ or ‘isn’t a real man’.

Implications and considerations for support groups and services 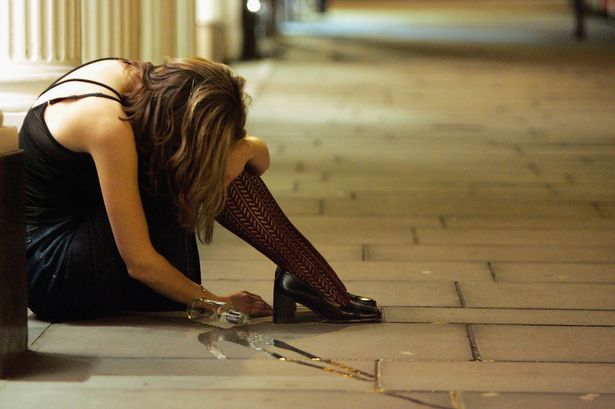 Treatment services and support communities can usefully take these factors into consideration too and recognise that stopping drinking is a gendered experience. We know from previous research that women looking to change their relationships with booze are actually more likely to make use of online support communities, and are at the forefront of what I call the ‘Positive Sobriety’ movement (along with blogs, social media and online communities celebrating sobriety as a ‘positive lifestyle choice’).

Recovery professionals should use 'gendered lens'

With this in mind, those supporting people looking to stop drinking or change their drinking practices could also bring a ‘gendered lens’ to their work, recognising that online support communities such as Hello Sunday Morning or Club Soda might be a useful resource for women in particular, whilst recovery groups such as Alcoholics Anonymous (AA) are broadly comprised of male members and may be more appealing to men as a source of in-person support (although of course there are other key differences between various groups that need to be considered).

We’re also seeing the emergence of a number of female writers and bloggers who reinforce these arguments and suggest that different and specific approaches are needed to work with women in sobriety. For example, influential figure in the ‘Positive Sobriety’ movement, Holly Whitaker, argues for a gendered lens to be brought to issues of drinking and recovery, evidenced in her online sobriety programme aimed specifically at women and minority groups and her book called, interestingly, ‘Quit like a Woman’.

These gender-specific ways of framing alcohol and sobriety provide some ‘food for thought’ but may also come with their limitations, by reinforcing what we call a ‘binary’ way of thinking about gender that may not always make space for the voices of those who do not necessarily identity as ‘men’, ‘women’, ‘male’ or ‘female’.

It’s worth stressing that drinking and sobriety are complex issues bound up with much more than our gender. To give just a few examples, both class and age hugely shape expectations about how, what, where and how much we should drink and will also affect individuals’ experiences of stopping drinking (for example shaping the types of support and resources people can access, the ways they talk about and frame sobriety and the types of pressures around drinking that they may experience). And to complicate this further, there is only limited research around how individuals who might identity as trans, genderqueer, non-binary or otherwise outside of the categories ‘male’ or ‘female’ experience pressures and expectations around alcohol consumption or sobriety. This reminds us that ‘gender’ itself can even be a problematic or contested category.

Finally, I want to resist making sweeping generalisations about individual experiences or make assumptions about what kinds of support and treatment work ‘best’ for individuals (for example services like AA and online support communities have supported many people to achieve sobriety). Rather, what I hope to do is to encourage us all to reflect on our own gendered experiences of drinking (or for those of us who don’t drink, of sobriety). For both individuals and for the support services and medical professionals who work with them, using a gendered lens to look at drinking and sobriety can really help us to start to think about the ways in which alcohol is not a ‘neutral’ substance. Our experiences of drinking it – or indeed resisting it – are shaped by social processes and norms and by different aspects of our identities. 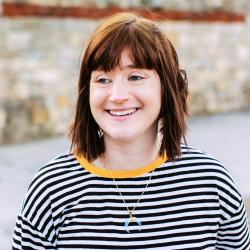