Why addiction is a family affair: a doctor's personal account

My wife and I were frightened and lonely when it became clear that our son had problems with drugs and alcohol. Addiction was not something that we understood. Neither did our family or friends.

What had we done wrong?

My wife, Meg, and I had been around in the sixties and we did remember them. We were students and we worked hard - well, my wife did anyway. She brought up our daughter and two sons while I established myself as a GP. We built our lives together from nothing.

Twenty years later it was a considerable shock to discover that we had an addict in the family. What on earth had we done wrong? Ours was a loving family, well educated, well off and living in a comfortable home and peaceful environment. How could this secure and happy background produce an addict of any kind, let alone a drug addict? My wife's father had drunk too much, but he was depressed.

We soon found out that when we asked for help, it was often assumed that we ourselves were to blame. We must have given our son too much or too little. There must have been abuse or abandonment or both. Maybe our son had got in with the wrong crowd in some way, although there seemed no sign of that to our innocent eyes. But that was the problem, they were innocent, blindly innocent, not deliberately so but blind none the less. We simply didn't see what was happening all around us. Why should we? Alcohol and drugs were not part of our culture.

Thirty years on and our innocence long gone, my wife and I had treated over 1,500 addicts of one kind or another as inpatients in our rehabilitation clinic. Also we cared for their families. Meg ran groups for family members every weekend and workshops during the week. When she died unexpectedly of a stroke, over 1,000 people attended her memorial service. She loved her families and they loved her.

Addiction of any kind

We had learned and then taught that the tendency towards addiction problems of any kind including alcohol, recreational drugs, mood-altering prescription drugs, nicotine, caffeine, sugar and white flour, gambling, sex and love, relationships, shopping and spending, work, computer use and exercise is probably genetic in origin. Life events resulting in emotional trauma stimulates the need for mood-alteration. Exposure to something that works in changing a depressed mood then sets off the full-blown addictive process.

In the course of our journey of discovery, Meg realised that her father was alcoholic. His depression was a part of his alcoholism, not a cause of it. I found out that two of my grandparents had actually died of alcoholism, whatever bland words or trite euphemisms might have appeared on their death certificates. Also I noticed (how could I have missed it?) that my mother had an eating disorder. She was spherical.

Acknowledging my own various addictive behaviours, which had been obvious to everyone else, was challenging because I simply didn't see that I had them. Our family story is one of denial. We didn't see our own addiction or each other's. Addiction happened to other people, not to us. It was something shameful, a weakness of will, a depravity, a product of poor up-bringing, inadequate values, careless relationships and stupidly dangerous experiment. But all of these prejudicial attitudes had to go. They were ground to powder in the crucible of painful personal and hard-won professional experience.

We came to understand that an addictive tendency is most probably due to a genetic defect in the neurotransmission systems of the mood centres in the brain. This defect runs in about 15% of all families. Considerable research has of course taken place in recent years into the genetic basis of addiction and we are learning more about this all the time. What is clear is that we do not become addicts: we are born addictive.

Further, our need to be 'fixed' by something 'out there' is matched by a 'compulsive helping' tendency in others. They 'need to be needed'. Put together, the addict and the compulsive helper make a perfect fit, in an equivalently dependent relationship. They are hooked into each other's compulsive behaviour in a dreadful dance.

Thus, the first step in helping any addict to be free from the shackles of his or her addiction is to peel away the compulsive helpers. But they, just like any other addicts, do not give up without a fight. They don't see why their kind behaviour should be changed. They have to be challenged on whether it has actually been successful in its intended outcome. Only then can they be persuaded to see that a good idea that doesn't work in practice is a bad idea.

The most likely 'enablers' of addictive behaviour is someone else - those who cover up for it and thereby enable it to continue rather than be confronted - will be family members. They live in fear that something dreadful will happen if they don't manage everything. In this way the addiction is perpetuated. The addict does not have to take any responsibility for his or her own behaviour because the compulsive helping family member can be relied upon to do whatever is necessary to bail out the addict from his or her difficulties.

Not all family members are compulsive helpers. Not all children in an addictive family will necessarily be addicts. These conditions go with the genes that are inherited. The environment can wake up those genes, and cause them to be expressed, but only if they are present in the first place. An environment therefore has only a secondary place in the cause of an individual's addiction.

Families tend to want to change the addicts’ environment as their first priority, but addicts will take themselves with them wherever they go.

Helping with the best of intentions

Some professional helpers - doctors, nurses, counsellors, social workers, probation officers, teachers, politicians or whatever - will also be compulsive helpers and the ground is littered with the corpses of the addicts they tried to help, albeit with the best of intentions.

The intervention process that in my opinion works best is as follows:

In the case of our son, my wife and I said that he was welcome to live in our home but only if he was drug-free. He replied, 'I am an orphan', and left. We made no attempt to find him. We waited. We took the risk of him damaging himself or even dying because not confronting him would lead to an even greater risk. We got on with our lives. Six months later he asked us for help and he has been drug and alcohol free for over twenty-five years.

There is no blame in being an addict, any more than there is for having diabetes or appendicitis. But addicts are nonetheless fully responsible for their choice of behaviour as it affects other people. Acknowledging our addictive nature does not let us off the hook at all. It gives us the continuing responsibility to keep our addiction at bay by working the Twelve Step programme (first formulated by Alcoholics Anonymous) each and every day of our lives.  Something that is genetically inherited will not go away whatever our environment and however long we have been abstinent. The Steps give us the opportunity to be free and happy, adventurous and creative, spontaneous and enthusiastic. 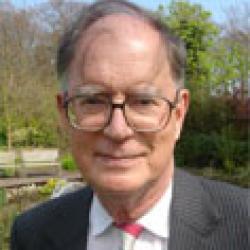