The causes and treatment of breast discharge

Although discharge of fluid from the nipple is usually due to hormone-related benign conditions it can also be a symptom of breast cancer. This article outlines the possible causes of breast discharge and explains how the cause is diagnosed and treated.

Nipple discharge is the production of fluid from the nipple. The fluid comes from the milk gland ducts that open at the nipple. Although the average number of milk ducts opening on the surface of the nipple is 27, only five of these ducts are functional.

Most cases of nipple discharge are due to normal, benign conditions and are usually hormone-related. Approximately one third of all women can produce a nipple discharge by gently massaging their breasts. This 'innocent' nipple discharge usually comes from multiple ducts in both breasts in pre-menopausal women. Blood-stained discharge from a single duct in one breast can be sinister in nature and may represent an underlying carcinoma.

What do I do if I have nipple discharge?

Women with nipple discharge should consult their GP without delay. They may then be referred to a breast specialist who will examine the breasts in more detail.

Depending on the number of discharging ducts and the colour of the discharge produced, the specialist may arrange further investigations including microscopic examination of the discharge fluid, an ultrasound scan (if the patient is younger than 35 years) and/or a mammogram (if the patient is older than 35 years). Occasionally a breast lump is found in a patient presenting with nipple discharge. Such lumps are investigated appropriately. 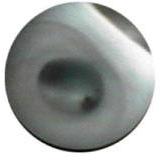 If the microscopic examination and mammography/ultrasound show no worrying features, the patient can be reassured. Women who have blood-stained discharge coming from a single milk gland duct, and show abnormalities on microscopic examination, will require surgical excision of the discharging duct. The operation to remove a single duct is known as a microdochectomy and is usually performed as a day-case procedure. The removed tissue is sent to the pathology laboratory for further examination. In some centres it is also possible to carry out a camera examination of the nipple duct, which is called mammary ductoscopy. I introduced this new technology to the UK 10 years ago. Figures 1 and 2 show the endoscopy of a normal milk duct and one exhibiting early breast cancer resulting in nipple discharge. 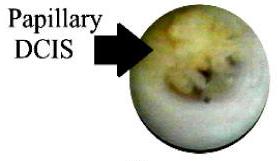 Clear discharge arising from multiple milk gland ducts is usually normal. It does not require treatment unless it becomes troublesome or associated with abnormal microscopy or mammography, when surgery may be considered. The operation consists of the total removal of all the ducts draining into the nipple. The main risks of the procedure include the death of the nipple tissue (uncommon) and the reduced sensitivity of the nipple area (one third of cases). Such complications should be weighed against the severity and inconvenience of the symptoms.

What does a milky discharge mean?

Milky discharge through the nipple, called galactorrhoea, is normal during and within two years of pregnancy. Milky discharge occurring outside pregnancy can be caused by an imbalance of the hormone prolactin, which controls milk production. A small gland in the brain, called the pituitary gland, produces prolactin. Tumours arising in this gland may cause excessive amounts of prolactin to be released into the bloodstream, thus stimulating the breast tissue to release a milky discharge. A brain scan may be required to look for tumours in the pituitary gland. Pituitary tumours are usually benign and are easily treated with drugs or through surgery. If prolactin levels are within normal limits, the patient can be reassured that the discharge is likely to improve without further intervention.

Click on the link below for images of breast ductoscopy under local anaesthesia (as performed by Prof Kefah Mokbel).

Please note that you must be over 18 to view these images. 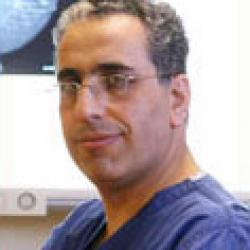 Consultant Breast Surgeon
Are you at risk of getting breast cancer?