What is breast cancer? A cancer can be considered as the uncontrolled growth of certain cells of the body. It can occur in any organ and there are over 100 different types. In addition to uncontrolled growth, cancer cells have the ability to spread around the body (metastasis). Breast cancer starts in the cells of the breast, usually either the ducts (ductal cancer) or the lobules (lobular cancer). However there are also several other types and breast cancer is not a single disease but several diseases that happen to occur in the breast.

What causes breast cancer, and how can I reduce the chances of getting it?

The problem is that we simply do not know the cause of breast cancer. In fact, there is unlikely to be a single cause. What probably happens is that lots of different things have to occur over a long period of time before a breast cancer starts. We can, however, look at things that seem to be associated with an increased risk and see if we can change any of these in order to reduce that risk.

There are two categories of risk factors. The first group is termed “intrinsic” factors and there is not much you can do about these.

One of the main intrinsic factors is your genes. There are two genes that we know are related to breast cancer if they are abnormal (these are called the BRCA1 and BRCA2 genes). If someone has an abnormality in one of these genes the lifetime risk of breast cancer might be as high as 80% or as low as 40%. Other factors seem to relate to the number of normal ovulatory cycles a women has in her lifetime; so if your periods start early and finish late and you did not have any children your risk will be slightly higher than if your periods started late, finished early and had several children, particularly if the first child was born when you were quite young. The reason breast feeding may be protective is that you tend not to have periods when you are breast feeding.

The second group is the “extrinsic” factors, also known as the environmental or lifestyle factors. These you can do something about. Put very simply, if you are overweight, smoke and drink too much then you increase your risk of breast cancer. The number of breast cancers has been rising for quite a few years now and it seems that being overweight may be the single most important cause for this rise.

What are the symptoms of breast cancer?

The most common symptom is a definite lump. Although most lumps are not cancer at all, but other sorts of benign lumps such as cysts, all lumps must be checked by a specialist. Occasionally a lump in the armpit can also be related to breast cancer.

There are other changes that women should look out for. Most of these will not be related to breast cancer but all changes to the breasts should be checked:

Similarly it is very common for the nipples to turn in as women get older. If a nipple is turned in (inverted) and there is a lump then this might be due to a cancer.

The breasts can also, commonly, change size with age. As the menopause approaches the gland tissue in the breast is replaced by fatty tissue and this can cause a change in size, often greater on one side compared with the other.

Some women noticed a dimpling or puckering of the skin and this must always be reported to a doctor. Sometimes it will be due to age related changes in the elastic tissue in the breast. Sometimes there will be a lump or an area of abnormal breast tissue associated with the dimpling and this may be due to a cancer.

How often should I have a mammogram?

There is no definite correct answer to this question. The NHS Breast Screening Programme (NHSBSP) performs a mammogram every three years on women aged between 50 and 70.

This is supposed to be extended to women aged 47 to 73 over the next few years. Other countries, such as Australia and New Zealand start at a younger age and offer mammograms every 2 years. Some European countries suggest every 18 months and in the USA yearly from 40 is common.

How are breast lumps investigated?

All definite breast lumps should be seen by a breast specialist. The full assessment of a lump focuses on what is called the triple assessment. The lump is examined, mammograms and ultrasound scans may be performed and a tissue sample will be taken. This will give a definite diagnosis in the vast majority of cases.

What types of breast lump are there?

The most likely cause for a breast lump depends on a woman’s age.

In the teens and early twenties the most likely cause is a fibroadenoma. These are harmless but can sometimes grow quite big.

In their thirties many women find the breast tissue becomes quite nodular (this is sometimes referred to as the “packet of frozen peas” syndrome! Just as when frozen peas are removed from a freezer and a clump have stuck together, so it might be considered that breast tissue can “clump” in a similar way and cause a lump). This is a normal, age related, change.

In the forties cysts become the most common cause of a definite lump. These are harmless, fluid filled, sacs that can be drained off with a small needle if they are troublesome. Women who get cysts will often get them for several years.

Over the age of fifty breast cancer begins to get more common, although it can, of course, occur at any age.

There are other, less common lumps that can occur such as abscesses, phyllodes tumours, cysts in the skin, lipomas (fatty lumps) as well as lumps that have spread from other diseases such as lymphoma or lung cancer.

What are the treatments for breast cancer?

Treatments that may be used for breast cancer include surgery, radiotherapy, endocrine therapy and chemotherapy. Different women may need different combinations of the treatments in different orders (some will not need all of them) and the treatment will always be discussed between the patient, the surgeon and the oncologist.

What Gene testing should be performed for breast cancer?

Following a core biopsy, EndoPredict examines twelve genes in the tumour cells and identifies those patients who will respond to anti-hormonal treatment, and in more than 95 % of cases will not develop a recurrence within the next ten years. The genes identified are those associated with abnormal cell division (these include UBE2C, BIRC5 and DHCR7), whether or not hormone receptors are expressed (including STC2, AZGP1, IL6ST, RBBP8 and MGP) as well as reference and normalisation genes. 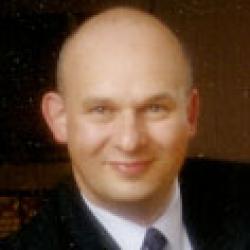 Consultant Breast Surgeon
I have a lump in my breast. How will the cause be diagnosed?

Consultant Breast Surgeon
I’ve been told I have breast cancer. What treatment will I have?

Consultant Breast Surgeon
I’ve been told I have a benign breast lump. What should I do?