This article discusses the pros and cons of screening for Prostate Cancer and will be of interest to men who would like to know what their risk of developing the cancer is and who want to know what is involved in testing for it.

On the 20th July 2009 Sir Liam Donaldson the Chief Medical Officer at the time wrote to all the GPs in the UK informing them about a Revised Prostate Cancer Risk Management Programme (PCRMP). This gives all men who have concerns about prostate cancer the opportunity to have a Prostate Specific Antigen (PSA) blood test free on the NHS. This right should be exercised in the context of genuinely balanced information from their GP about the pros and cons of this test. Previously GPs had been discouraged from offering routine PSA tests to patients and as a urologist I have often heard that some patients were refused the test. It is now available free on the NHS so why the change of heart?

To screen or not to screen – that is the question

The current furore has been fuelled by the increasing public awareness of prostate cancer and the recognition that if treated early it is curable. However, the result of two trials published in the New England Journal of Medicine were critical. The first, an American study, demonstrated no difference in prostate cancer death rate between a screened and a control population. The second was the report of the European Randomised Study of Screening for Prostate Cancer (ERSPC), which demonstrated a reduction in the rate of death from prostate cancer of 20% in the screened population but this was associated with a high risk of over diagnosis. In order to prevent one prostate cancer death, 1410 men would have to be screened (blood test, rectal examination and prostate biopsy). Of these 1410 men an additional 48 would need to be treated, to prevent that one cancer death. If the aim of screening is to prevent cancer death then those 48 could be considered to have had an unnecessary procedure and they will have to live with the consequences of altered urinary and sexual function. The evidence from these studies reinforced the decision that there would be no prostate cancer screening programme in the UK.

Although the PCRMP is NOT a screening programme it does empower both patient and GP to consider the issues and implications of early prostate cancer diagnosis and treatment.

So now you’ve read the leaflets, you have spoken to your GP and having considered all the information together you decide to have the PSA blood test, what next?

Your GP will refer you to a urologist on the basis of whether your blood test is above the normal range: 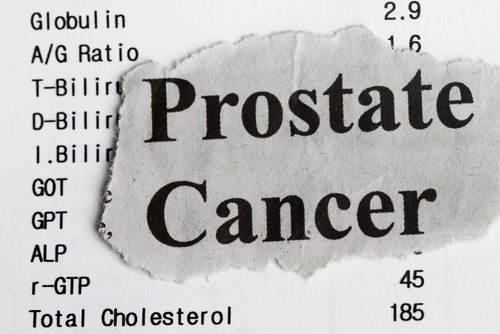 There seems to be no recommendation on values below the age of 50 which suggests the free PSA test will not be available to those aged between 40 and 49 and there is no recommendation to offer PSA testing to men who have a strong family history (2.5 fold increase if father has prostate cancer and 3.4 fold increase if one brother has the disease). This is the group that we as urologists feel should be screened, particularly if they are afro-carribean.

Although prostate cancer prevalence is low among men less than 50 years of age, there are a number of reasons to offer early detection prior to age 50.

First, the age adjusted mortality rate for prostate cancer per 100,000 males (all races) between ages 55 and 64 is 18. Since death from prostate cancer occurs, on average, 15 to 20 years after diagnosis of an early cancer, it is likely that men dying at age 55 to 64 likely could have been cured by diagnosis and effective treatment prior to age 50.

Second, when compared to men more than age 50, younger men are more likely to have curable prostate cancer.

Third, measurement of the PSA level is a more specific test for cancer in younger men compared to older men because prostatic enlargement is less likely to confound the interpretation of the estimated PSA value.

Fourth, infrequent testing of men in their 40s and after age 50 might reduce prostate cancer mortality and the cost of screening when compared to annual testing beginning at age 50.

Finally, given the relationship between the rate of PSA increase and death from prostate cancer decades later, establishing baseline PSA values against which to compare future PSA measurements after age 50 could help identify those men with life threatening prostate cancer at a time when cure is still possible.

A better approach would be to assess men on the basis of the median PSA value for their age.

Men who have a PSA below the median value could be positively reassured and simply advised to have another test in 10 – 15 years to confirm that their PSA test remains below the age specific median value.

Men who have a PSA above the median value but still below the upper limit of the normal range for their age have an increased risk of prostate cancer compared to those with a PSA below the median value. Risk could then be stratified with the frequency of testing depending on the baseline PSA. This policy would work best by offering the PSA test to all men between the ages of 40 – 50 who have a strong family history and at 50 to all others.

Men who have a baseline PSA well above the median value but below the upper limit of normal should have PSA testing combined with a rectal examination of the prostate annually and a low threshold for prostatic biopsy.

The simplest advice therefore is

My final criticism of the PCRMP guidance is that there is no recommendation to have further tests done routinely and many patients may be reassured that their PSA value was in the normal range and never present for another test. They might as well not have bothered. Once they have had the test done it should be repeated regularly to confirm that it does not change significantly over time, the patient has effectively entered a prostate cancer screening programme. 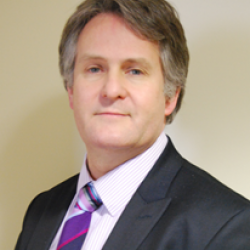 Consultant Interventional Radiologist
How Aggressive is my Prostate Cancer?