How Aggressive is my Prostate Cancer?

Urology
Prostate Disease, BPH and Cancer of the Prostate

The latest genomic tests for prostate cancer, including Prolaris (Myriad Genetics) allow urologists to make an assessment of how agggressive the cancer is likely to be. This in turn helps the doctors to recommend highly personalised care and structured treatment regimens that are entirely appropriate according the individual patient's genes.

The Prolaris prostate cancer test has been "validated" in its ability to predict disease-specific death in the largest study of its kind and is now starting to be used by some urology centres. However, it is still early days and more work is needed to establish clinical utility in the more routine setting.

Around 75% of prostate cancer deaths are recorded in men over the age of 75 but due to improved medical diagnostics and treatments eight out of ten patients will now survive their prostate cancer for longer than five years.

The critical factor with regard to prostate cancer is that these cancers vary considerably between different patients in their level of threat or aggressiveness and this is is mostly down to a factor known as 'Cell Proliferation' or 'Cell Cycle Proliferation (CCP)'. Up until recently it has been difficult for urologists to accurately measure the tumour cell proliferation and this can be problematic. There are a range of treatment options and clearly those more aggressive tumours showing higher rates of cell proliferation require more aggressive treatment.
Equally most men given the required prognostic information would prefer to avoid surgery and the risks associated with surgery if possible.

Testing Prostate Cancer at the Cell and Molecular Level

The screening  and diagnostic value of the PSA (prostate specific antigen) test has been questioned extensively. The key issue is that there is no one PSA reading that can be considered 'normal', and the test is not specific for prostate cancer. This is fundamental. For example, PSA levels can become elevated following a bicycle ride. In the context of cancer the name prostate-specific antigen is a bit of a mis-nomer and this causes confusion. Just because you might have a relatively high PSA level does not necessarily mean that you have prostate cancer. Equally, you may have prostate cancer, but still have a relatively low PSA.

If there are diagnostic limitations for the role of PSA, it's role as a prognostic marker once prostate cancer has been diagnosed is even further restricted.

As a direct result of this clinical challenge, a new genomic test has been devloped that measures prostate cancer cell proliferation. The new genetic test,called Prolaris, is designed to measure cell proliferation and therefore more accurately predict cancer aggressiveness. The Prolaris test is still used in conjunction with PSA and Gleason score and is not meant to be a substitute, even though it is probably now the single most significant prognostic test at the time of diagnosis.

Detecting Genes that Express the Level of Cancer Aggression 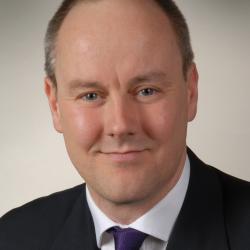