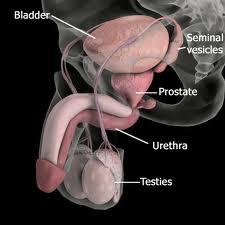 What is laparoscopic radical prostatectomy?

Laparoscopic radical prostatectomy, also known as keyhole prostatectomy, is a minimally invasive operation performed by a Urological Surgeon to treat, and cure, prostate cancer. It is performed under general anaesthetic and involves removing the entire prostate gland, seminal vesicles, and sometimes the lymph glands within the pelvis. The bladder is then re-attached to the urethra with sutures.

Laparoscopic radical prostatectomy is endorsed by the National Institute for Health and Clinical Excellence (NICE).

Laparoscopic radical prostatectomy can only be performed on prostate-confined prostate cancer and as such, an MRI scan of the prostate will be taken, sometimes along with a prostate biopsy, to establish if the patient has organ-confined disease or not. A modern type of MRI known as a diffusion weighted MRI can show up small cancers that may not have been found during the biopsy and these can therefore help to plan surgery in finer detail. 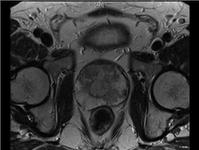 The prostate is analysed by a pathologist giving a precise understanding of the amount and type of cancer removed, and whether any additional treatments such as prostatic bed radiotherapy will be required.

In low risk disease, a decision can be made to spare the nerves in an attempt to preserve potency, although in a high risk disease a wide local excision will normally be performed.

What are the advantages of keyhole surgery?

What are the differences between keyhole surgery and daVinci?

Laparoscopic radical prostatectomy is a minimally invasive operation for localised prostate cancer, the daVinci is a robotic tool used by the surgeon to perform this operation. The outcomes are equivocal in terms of cancer and functional outcomes such as continence and potency.

Should any other options be considered?

The laparoscopic radical prostatectomy operation is for localised prostate cancer, other options such as brachytherapy or external beam radiation exist. There are pros and cons to each of the treatments and a discussion between the patient and their consultant should occur to decide which way to go, this is a complex decision with many different options.

What are the risks of having a laparoscopic radical prostatectomy?

General risks of having any operation

Specific risks of having a laparoscopic radical prostatectomy 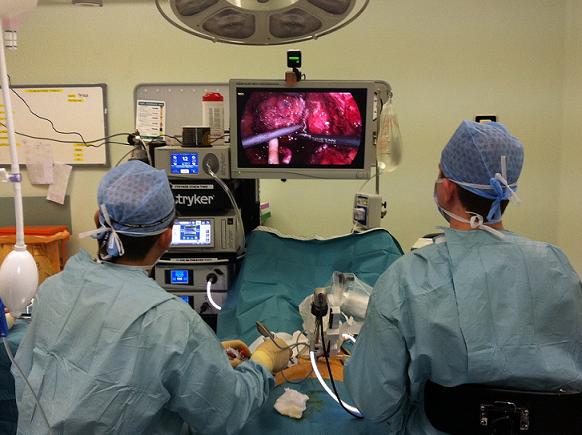 Is there a cut-off age for surgery?

There has been quite a change in this area in recent years. Traditionally, a cut-off at 70 years for surgery used to be applied but not any more. A patient's physiological age rather than chronological age is considered. We live in an age of 'pateint choice' and most surgeons would not deny a fit 75 year old who wanted surgery. Minimally invisive surgery is much better tolerated than traditional open surgery in the older man and length of stay and recovery is comparable with younger men (this is not the case with open surgery).

What happens after the operation?

Patients are encouraged to eat and drink normally on the night of the operation and most patients will be discharged one or two nights after the operation with a catheter to be removed after a week. Some abdominal bloating is expected and bowels will typically open after 2–3 days. Drinking plenty of water (two to three pints a day) is essential to ensure a good urine output and prevent catheter blockages.

Any activity more than light walking i.e. driving, lifting and gardening, should be avoided for two to three weeks after the operation to prevent damage to internal healing.

The oncological result is monitored using PSA tests, with the first test taken at 4–6 weeks after the surgery.

Mr G, a fit and well 56 year old, was getting up at night to urinate and went to see his GP. He thought it was related to late nights at work and stress but was seeking reassurance. After a thorough review from his GP his PSA level was found to be high at 8.5µg/L (a normal level is below 3.0µg/L).
He was reviewed urologically and by this time his urinary symptoms had improved. A palpable nodule was felt during a rectal examination and a prostate biopsy was undertaken.

MRI staging was undertaken and prostate-confined disease was confirmed. Due to having intermediate risk disease, cancer treatment was recommended as opposed to active surveillance. Mr G was then seen in a joint consultation by a surgical urologist and a radiation oncologist to decide on his treatment; either a laparoscopic radical prostatectomy or radical radiotherapy and two years of hormone ablation therapy (medical castration).

Mr G discussed his options with his family and GP and decided to take the surgical route. The multidisciplinary team had recommended surgery due to the age of Mr G as surgery is usually recommended to the younger, fitter patients.

After admission, the operation proceeded uneventfully and he was discharged home the following day with a catheter. The pain was very minimal requiring only simple analgesia. After the catheter was removed he was incontinent for the first three weeks requiring pad changes every 3–4 hours but by week four he was in full control, only leaking when lifting or stooping. By week four he was back playing golf and was able to work from home after just one week. Six months following surgery his disease is in remission with an un-recordable PSA. He has full control of his bladder but can only achieve a partial erection with an oral phosphodiesterase inhibitor but things are slowly improving. Full potency recovery is possible over the next 18 months. 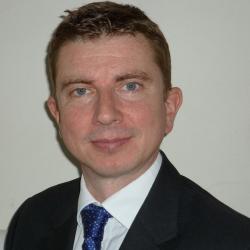