Sports Medicine
Knee conditions
The anterior cruciate ligament, or ACL, is the most commonly injured knee ligament.  Each year in the UK there are about 30 ACL ruptures per 100,000 people.  The ACL is typically ruptured during a twisting, or pivoting movement. Playing football, netball, volley ball and skiing are amongst the most common ways to rupture the cruciate ligament, but I have seen many other causes.
"The unfortunate victim often feels, or even hears a loud pop, or snap at the same time as their knee buckling, or giving way underneath them."
Patients find knee surgeons when they cannot trust their knee anymore or if they can no longer do twisting or pivoting sports.  In these circumstances, surgery on the knee is often required, and this article explains the different treatment options for treating Cruciate Ligmanent Injuries.

The anterior cruciate ligament, or ACL, is the most commonly injured knee ligament.  Each year in the UK there are about 30 ACL ruptures per 100,000 people.  The ACL is typically ruptured during a twisting, or pivoting movement. Playing football, netball, volley ball and skiing are amongst the most common ways to rupture the cruciate ligament, but I have seen many other causes.  The unfortunate victim often feels, or even hears a loud pop, or snap at the same time as their knee buckling, or giving way underneath them.  The knee typically swells up within hours. Over the next few weeks the knee is generally very sore and this results in quite a limp, but it then gradually settles down again with time. Often other ligaments and cartilages (menisci) will be injured at the same time, which can alter the rate of recovery.

When "Knee Prone to Buckling"

Although the knee will often return to a fairly reasonable state it will still be prone to buckle or give way, frequently at the most inconvenient time.  Patients come to me when they cannot trust their knee anymore or if they can no longer do twisting or pivoting sports.  In these circumstances, surgery on the knee is often required.

Some people can cope without having surgery on their knee if they avoid twisting and pivoting activities and for some patients this is their preferred choice, but for others it is important to get back to full sporting pastimes.  Some people find that just with normal day to day walking their knee can buckle or give way and I have seen patients who have struggled to cross a road without falling over and who have come to considerable harm because of their cruciate ligament problems.

Many years ago cruciate ligament surgery used to be an open surgical procedure, where the knee was cut right open and a new ligament was fashioned in a different position from the normal ligament. This was a big operation and required a stay in hospital of a number of days following the surgery.  Fortunately things have advanced since then and we now perform the procedure as keyhole surgery, using just a few small cuts around the knee.  Many patients manage to go home on the same day of the surgery, or stay just one night in hospital.  There is often just a few days on crutches and painkillers, before patients start to walk normally again.  Nevertheless, it will be six to nine months before people can get back to high levels of sport because it takes time for the new ligament to heal into the body.

There are a wide range of variables when considering cruciate ligament reconstruction.  Probably the most important of these is the choice of what to use to make the new ACL (the graft) and the position in which to put it.  This is referred to as the tunnel positions and there is a range of opinion as to exactly where the ACL graft should be put.

To make the replacement ligament new tissue is required.  One option for this is to use your own tissue, and this is called an auto-graft.  The benefit of this is that as it uses your own tissue your body will accept it without any rejection problem. The downside to this is that it involves operating on other areas of the knee, or on the other leg, to take out pieces of tendon that will be required to make the new ligament. This is essentially ‘robbing Peter to pay Paul’.  Often the area from where the tissue is taken will be more painful than the knee itself following the surgery and there is a long term price to pay for taking out tendons.

The two most commonly used auto-grafts are the hamstring tendons, or a middle third of the patellar tendon (kneecap tendon). Each of these has their own benefits and problems.  Taking the kneecap tendon gives a nice strong graft, but has quite a high rate of pain at the front of the knee, which can persist forever and is associated with arthritis of the kneecap.

Taking the hamstrings tendons (the stringy tendons that can be felt at the back of your knee) can lead to recurrent pulled hamstrings, some weakness in the hamstrings forever and some altered sensation down the shin.  Sometimes the hamstring tendons can lead to a rather thin and weak graft compared with patellar tendon.

An alternative is to take donor tendons from a donor (dead body).  This is called allograft. The benefit of this is that no part of the body is sacrificed to make the new ligament. The downsides include cost, the extremely rare risk of disease transmission (thought to be less than one in a million with current technologies), and the possibility that the donor tissue may not be as strong as using your own tissue.  The issue of strength is often offset by the fact that you can use a much larger graft, however some surgeons still avoid using allograft due to a perceived higher re-rupture rate. Allograft is quite popular in the USA, but is currently only commonly used in the UK for re-doing a failed ACL reconstruction.

There are also synthetic options available and the most widely used is called LARS.  These are still regarded as somewhat experimental by many surgeons and are generally avoided in the UK. However, they have been used more widely in Australia. They have many of the benefits of allograft with less cost and no concern over disease transmission. In the past there have been a number of problems with synthetic ligaments and this has led to reluctance to use LARS in the UK. The published re-rupture rate for LARS ligaments is low and subsequent problems are apparently infrequent. Nevertheless, it is still not in widespread use in the UK and is not currently regarded as a mainstream option.

Once the decision has been made on which graft to use there are further considerations with regards to where to put it!  As surprising as that may sound, knee surgeons cannot agree on the ideal position for the ACL graft.

More recently, in order to try to reproduce the anatomy of the normal ACL better, surgeons have started drilling a femoral tunnel (thighbone drill hole) through one of the cuts in the skin at the anterior medial portal. This means that the all- important femoral tunnel can be positioned independently.  A further evolution of this technique is the so-called anatomical ACL reconstruction, which tries to accurately recreate the anatomy of the normal ACL.  It is hoped, but not yet proven, that this gives better stability and better long term results. However, this technique introduces some new problems of its own.

The native ACL consists of at least two separate parts called bundles.  Some surgeons try to recreate both bundles with a double-bundle ACL reconstruction.  This has not been definitively proven to be better than a single bundle ACL reconstruction and adds a degree of complexity to the surgery and it is therefore not in widespread use in the UK at present.

There are a variety of techniques for fixing the graft in the bone.  Probably the most traditional technique is to use metal screws. Alternatives include plastic screws, or screws which absorb into the body over time.  Another widely used method is called suspensory fixation, when the graft is looped over a small metal implant the size of a grain of rice.  This works a bit like a duffle coat toggle as it goes through the tunnel vertically and when it is at the far side of the tunnel it is flipped to lie horizontally so that it cannot fall back down through the hole.  Suspensory fixation is typically used on the femur (thighbone) side with a screw used on the tibial side.  In some cases a metal staple is used to supplement the screw and this often requires removal at a later date as it can cause some pain on the inside of the shinbone.  Newer techniques centre on suspensory devices at both top and bottom and have a system for tensioning the graft between the two such devices.  This has the advantage of leaving less metal or artificial substance inside the body and makes the surgery even less invasive.

My current preferred technique is a very modern way of doing ACL reconstruction that is not yet in widespread use, but which I feel offers many significant benefits. It involves taking just one hamstring tendon instead of the usual two, by using a cut behind the knee as opposed to in front of the knee.  This causes less pain and reduces problems with injuring one of the nerves at the front of the leg.  The scar is also essentially out of sight.

The single hamstrings tendon is quadrupled to make a short thick graft. The other hamstring tendon is untouched and this reduces the weakness and pain in the hamstrings. The graft is introduced into the knee and then fixed by suspensory fixation at both the top and bottom.  The result is just four small 8mm long scars at the front of the knee which fade away to almost nothing and a 12mm scar at the back of the knee, which leaves a very cosmetically pleasing result. More importantly, it results in less pain and a faster recovery time. Because there is no cut at the front of the shin there are fewer problems with scars and numbness, or pain at the front of the shin.  I use a single bundle anatomic type position, which is quite easy to attain with modern instruments.  My patients typically go home on the same day.  Crutches are required for just a few days, but the rehabilitation still takes nine months before return to contact and collision sports is possible. Because it is all done though very small incisions it is really quite hard to tell that someone has had the surgery after a few months.

Whilst all of the above factors are relevant when considering ACL reconstruction, it is most important to choose the right surgeon for you. ACL reconstruction is a technically demanding operation needing a high degree of surgical expertise. It is also quite a ‘long journey’ and you will need to see your surgeon several times. It is therefore important to find a surgeon who you like and who understands what your goals are. A surgeon who is versatile and skilled in a variety of techniques and who is up to date with the latest thinking is likely to be a good choice. 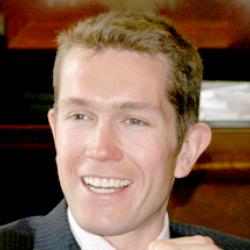 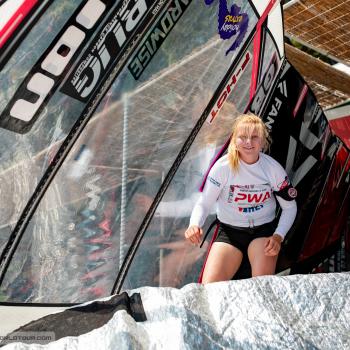 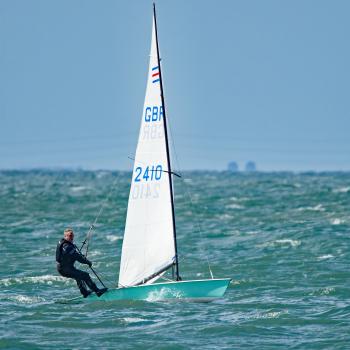 Consultant in Sports and Musculoskeletal Medicine