This is the first of a series of articles intended to provide potential patients with sufficient information to make the right choice, about what treatment if any they will seek. This first article gives a succinct overview of varicose veins and venous insufficiency and introduces the patient to the treatment options now available. Further articles explore and explain in more detail the pros and cons and procedural details of individual treatments and the up to date evidence base.

Varicose veins are very common, affecting up to 40% of the UK population at some time of their lives. Men are affected as often as women but less frequently seek treatment. Although normally a benign condition causing mild symptoms varicose veins can occasionally be a sign of venous malfunction severe enough to lead ultimately to ulceration of the skin and life-threatening haemorrhage.

Most patients seek treatment for cosmetic purposes and to resolve itching and aching.

Traditionally treated in hospital by surgical stripping under a general anaesthetic, varicose veins can now be managed as an outpatient in a doctor’s office using local anaesthetic techniques and necessitating no time off work.

What are varicose veins?

Varicose veins are tortuous enlarged superficial leg veins. They are usually obvious visually and if large can be felt by palpation. Occasionally they are invisible, especially if the patient is overweight, and even in thin patients those that are noticeable are often just the tip of the iceberg. 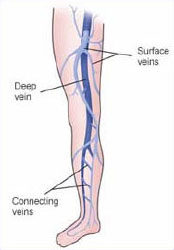 The heart continuously pumps blood around the body to distribute nutrients and remove waste. The blood is taken away from the heart in arteries under high pressure, passes through meshes of tiny blood vessels in the tissues (e.g. leg muscles) and is returned to the heart via veins which are thin walled collapsible tubes normally under relatively low pressure.

As veins are thin walled and collapsible the flow within them must rely on pumping from behind, rather than sucking from the heart in front as all this would achieve would be to collapse them.

Humans spend a long time standing up and in this position the heart is about a metre or so higher than the veins in the lower leg. This makes it very difficult to get blood back to the heart from the legs. There are two main mechanisms which normally help the blood back up to the heart. First is the muscle pump in the calf. As the muscles contract they squeeze the blood out of the deep veins lying between them. Some of this blood will tend to be squeezed up and some down. This is where the second mechanism comes in – the valves in the veins which, when functioning, allow blood to flow upwards only.

Consequently, in healthy legs when the muscles contract they squeeze blood out of the deep veins and as the valves stop it going down it all goes up in the direction of the heart. On relaxation of the calf muscles the pressure in the deep veins lowers and blood flows from the superficial into the deep system. There are also valves which stop blood flowing the wrong way from deep to superficial. Blood flow into the legs is nicely balanced by blood being pumped out and pressure in the veins is kept low.

Normal veins are largely invisible being either near the surface and very small or, if larger, much deeper. In thin or muscular people especially men there may be prominent but normal surface veins but these are easy to recognise, cause no problems and require no treatment.

Varicose veins and spider veins are formed when this normal mechanism of venous blood flow fails.

When the normal mechanisms of venous blood flow from the legs fail ‘venous insufficiency’ develops, which manifests in many ways. At its most mild venous insufficiency causes spider veins which are by and large cosmetic problems only, but can be associated with aching. Slightly larger bluey veins can also result which lie slightly deeper and are called reticular veins. More severe failure causes the common varicose veins and in 1-2% of the population over 65 years skin changes and ulcers will result. 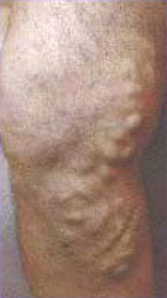 All these are due to high pressure developing in thin walled veins which are designed to withstand low pressures only. Venous insufficiency can be caused by

Deep vein obstruction can be caused by DVT (Deep venous thrombosis) e.g. in ‘economy class’ syndrome or by tumours in the pelvis compressing the veins. If it persists it causes valve failure too.

Muscle pump failure occurs in any condition where the calf muscles are very weak. If this persists it also causes valve failure.

By far the commonest reason for venous insufficiency and varicose veins is valve failure which can result from inherited valve defects (most common); hormones (eg in pregnancy); trauma, previous thrombosis or weak calf muscles.

Once one valve is damaged allowing reflux through it this causes the vein below to stretch. This causes the next valve down to be pulled apart and also fail, leading to a domino type effect with more and more valves failing and eventually a varicose vein becomes prominent.

So you can see the most important factor is your genes; did your mother have varicose veins?

When the valves fail blood flows the wrong way through the veins away from the heart. This is called reflux. The detection, localisation and treatment of reflux is crucial to the effective management of all venous insufficiency problems including varicose veins, reticular veins, spider veins and ulceration.

Most patients with varicose veins do have some symptoms associated with them but the commonest complaint is that they are unsightly. Many patients’ social lives are seriously affected and limited by the embarrassment of how their legs look. This limits participation in sports and affects choice of holiday. Some are even unwilling to allow long-term partners to see them with bare legs. There are many visual manifestations of venous insufficiency ranging from small blue or red thread veins to larger flat, blue reticular veins and protuberant varicose veins, which can be very large especially in men.

Common symptoms include dry itchy skin, restless legs, aching especially after being on ones legs all day, heaviness, ankle swelling, skin discolouration and inability to rest legs on each other in bed. These symptoms if longstanding are often regarded by patients as normal and it is only after treatment that many patients realise how much trouble they had been getting and feel their legs so much lighter and more comfortable than before, giving them a new lease of life.

Natural history of the disorder

Venous insufficiency is a slow process and most patients report many years of problems when they present for treatment. Women often state that their problems started during their first pregnancy.

If left untreated varicose veins rarely cause serious health problems but slowly over many years get larger, more unsightly and symptoms gradually worsen although many patients get used to the symptoms rather like getting used to losing ones hearing.

A small minority get serious problems with the condition of the skin above the ankles which can lead to ulceration. If an ulcer develops it can take many months to heal using traditional methods. Although the chance of developing ulcers in any one patient with varicose veins is small, because varicose veins are very common ulcers too are very common and the dressing of them takes up 40% of district nursing time. 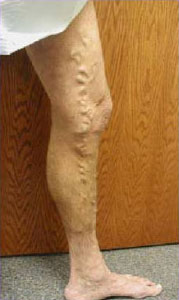 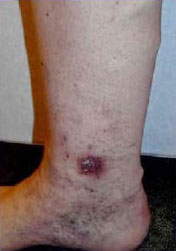 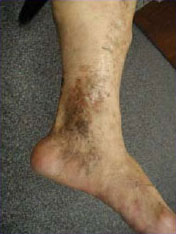 It is usually possible to predict which patients are likely to develop an ulcer in the near future by looking out for tell tale signs of skin damage. If you have no skin changes your chance of developing an ulcer in the next few years is very low indeed.

Varicose veins are one of the few medical conditions that the patients usually diagnose themselves. It is not a difficult diagnosis but very careful assessment needs to be made before treatment is undertaken.

In the recent past this assessment was often cursory and many patients underwent inappropriate surgery without any scanning to determine where the cause lay and which veins required treatment. This led to very poor results of surgery in some hands with a high rate of initial dissatisfaction and later recurrence.

In order to plan treatment, whether by surgery or by newer methods that destroy the vein from the inside normally by heating (endovenous ablation), it is absolutely vital to have a colour duplex ultrasound examination undertaken in the standing position by an experienced operator. Ideally this examination should be undertaken by the doctor who is going to perform the treatment so he/she can assess precisely which veins need to be treated and how best to achieve that. 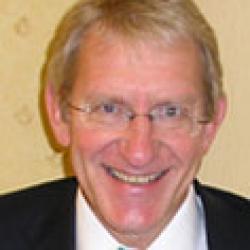 The deadly condition that is being mistaken for COVID-19

How to deal with varicose veins