The new multi-functional bandage uses a biomolecular film to helps wounds heal. The mucin bandage can adhere to sensitive tissue (such as in the mouth or with deep wounds) and releases active ingredients. 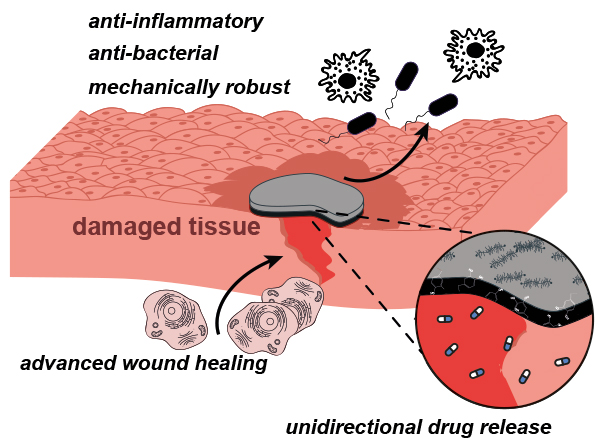 Researchers at the Technical University of Munich (TUM) have developed a new film that:

This is all made possible by its dedicated design and the use of 'mucins'. Mucins are molecules that occur naturally in mucous membranes.Mucous membranes are the moist inner linings of organs such as the mouth, nose throat and stomach.

The top questions the researchers were trying to answer included; 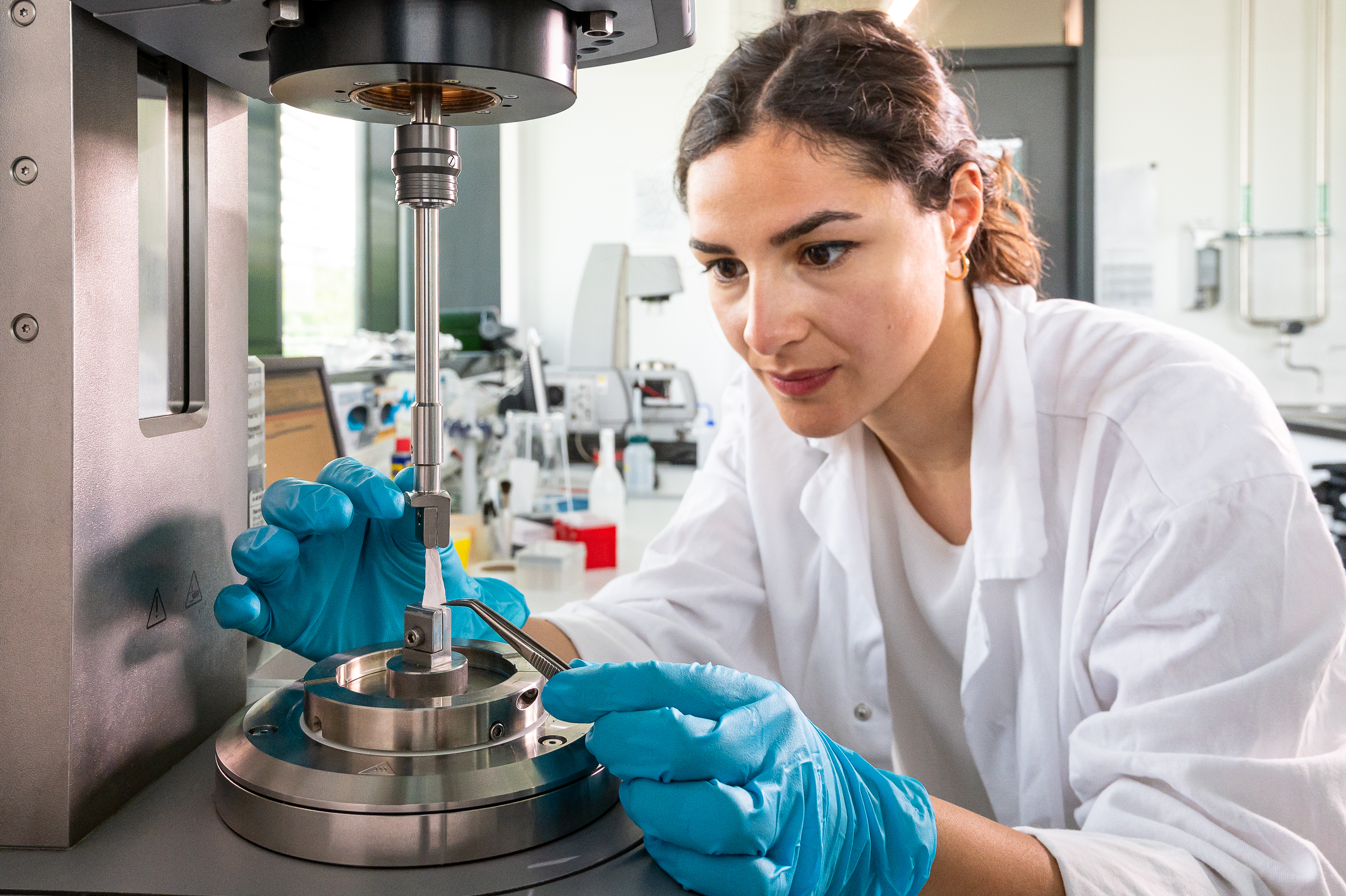 Conventional bandages may be highly effective for treating smaller skin abrasions, but things get more complicated when it comes to soft-tissue injuries in places such as on the tongue or on other sensitive surfaces like the intestines.

In spite of recent progress in developing materials addressing some of the specific requirements mentioned above, engineering a multifunctional all-in-one solution remains a challenge. A team led by Oliver Lieleg, has developed a biopolymer film that combines a wide range of different functions at the same time. In a recently published study, the biomolecular “bandage” showed highly promising results and is ready to undergo further testing.

"When dry, the thin and flexible film can be picked up with tweezers and can easily be placed onto a wound. Upon contact with moist tissue, the bottom side of the film becomes squishy and sticky and adheres to the tissue by itself - without requiring additional fixation," says Ceren Kimna, first author of the study.

Lieleg and his team were able to show that these biomolecular bandages even adhere to smooth surfaces such as cartilage and moist tissue such as tongue without damaging the tissue surface. Covering a skin wound with this film even sped up the healing process.

One particular goal of this study was to develop a material combination that completely dissolves by itself after several days without leaving any residues. The researchers were able to demonstrate this aspect in their experiments using high-resolution microscopy images of treated tissue samples. 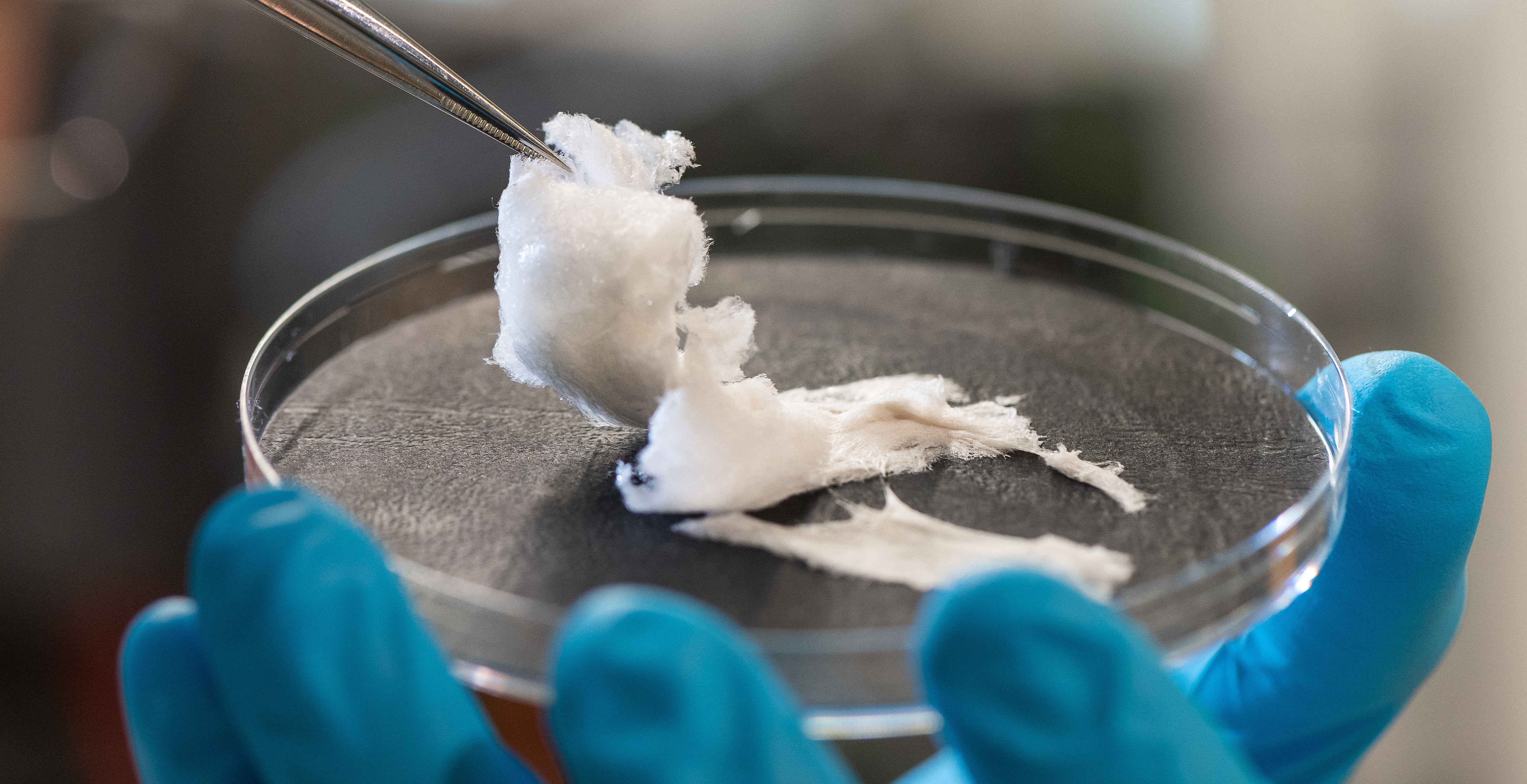 The film consists of two layers, making it possible to design each side such that it can perform special tasks. The top side consists of a biodegradable polymer which renders the thin film stable, and it also contains mucins. "Mucins are molecules which occur naturally on mucous membranes of our bodies. Here, we have used them for the first time in biomolecular films to support wound healing. They provide important properties to protect the wound during the healing process: They have anti-bacterial properties, dampen inflammation and prevent unwanted cells from colonizing the wound," explains Professor Lieleg, who has been investigating these molecules for over a decade.

The bottom side of the film contains hyaluronic acid, a material well-known for its ability to bind water and to promote the healing of wounds. Other molecules are chemically bound to those hyaluronic acid macromolecules and make sure that the film becomes sticky upon contact with moisture, allowing the film to adhere to a tissue spontaneously.

When desired, active pharmaceutical ingredients such as antibiotics can also be integrated into the bottom layer. The two-layer structure makes it possible to release the active ingredients in only one specific direction i.e. towards the wound.

To date, the new material combination has been tested on various animal tissue samples. In addition, the team was able to demonstrate accelerated wound healing in animal tests, which is an important step on the way to clinical application. The suitability of the bandage for potential future use with human patients will be examined in additional studies.

When will the biomolecular bandage be available for patients?

In the future, these bandages could be optimized for selected application cases and particular types of tissue. Since the films completely dissolve in the presence of moisture, they could also be used in surgery to temporarily protect internal wounds which are afterwards inaccessible, for example after closure of an incision with a suture.

Telemedicine keeps patients out of hospital

END_OF_DOCUMENT_TOKEN_TO_BE_REPLACED
Related articles
What are the concerns around the current model of medical indemnity?

General Practicioner
When should you see your doctor?