Finding the right specialist for the menopause

My nightmare of the future is that postmenopausal women with hot flushes, depression, sexual problems and low bone density, who need oestrogens perhaps with testosterone, will be given a SSRI and bisphosphonate combination. PROFOX, a Frankenstein combination of PROzac and FOsamaX. As these two drugs are now available as cheap generics they are already being prescribed together. The problem is that individually or in combination they are less effective and produce more side effects than oestrogens used in the appropriate age group. Unfortunately this warning of a single preparation is not a fanciful aberration. We already have close to the market a combination of a selective oestrogen receptor modulator (SERM) for osteoporosis combined with oestrogens to prevent the symptoms of oestrogen deficiency. Unless the regulatory authorities consider the current safety data in the under 60s and modify their resistance to HRT the spectre of PROFOX will be upon us. It is a vision of the future which I believe should be avoided. 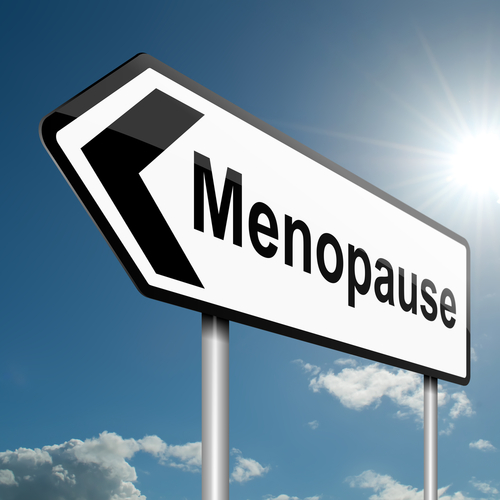 The imaginary hybrid drug PROFOX is an anxious prediction of a therapeutic disaster for post menopausal women who need treatment but are denied oestrogens. Physicians and psychiatrists have been slow to accept the clear benefits of oestrogen therapy in the treatment of osteoporosis and depression, which begs the question:

Is it an honest fear of side effects, ignorance of hormone therapy, and misinterpretation of the data or simply a territorial hold on the condition which then condemns women to sub-optimal therapy?

Symptoms of menopause require Gynaecological expertise – not a Psychiatrist

Although oestrogens have been proven to prevent fractures in a mixed risk population and that the benefits on bone density and histology are dose dependant it has been relegated to a treatment to be used only if others fail or only when the woman has severe menopausal symptoms. The protection provided by oestrogens effects not only the skeleton but also the intervertebral discs, which make up one quarter of the length of the spinal column. This latter benefit is not produced by bisphosphonates. The failure of physicians to familiarise themselves with oestrogen therapy has, in their minds, been justified by the results of a Women's Health Initiative (WHI) study and by the regulatory bodies who have advised that oestrogen should not be first choice therapy for osteoporosis. But in reality the physician’s objections to oestrogen therapy antedated the WHI study by many years. Specialists are a product of their training, which for non-gynaecologists does not include the subtleties of the use, the dose and route of various oestrogens, gestogens and occasionally androgens.

Updated information and interpretation of the WHI study indicates that HRT, particularly oestrogen alone, is both safe and protective in the younger postmenopausal woman below the age of 60.

Such hormone therapy is associated with fewer fractures, less colon cancer, fewer heart attacks, possibly less breast cancer and certainly fewer deaths. It should, in the minds of many workers, be first line therapy in this situation.

However, Fosamax Once Weekly is an inexpensive alternative recommended by NICE as first line therapy and preferred by physicians. This is despite the fact that it confers fewer skeletal and systemic benefits than oestrogens. At least it does not confuse the medical attendant with hormonal side effects such as bleeding, mastalgia and occasional PMS symptoms. However, these are problems that can be dealt with by any competent general practitioner. The lessons have clearly not been learned by specialist bone physicians and rheumatologists who also seem to be complacent about considerable long term side effects of bisphosphonates. For example there is an increasing need for proton pump inhibitors associated with the use of bisphosphonates due to heartburn, and these have a detrimental effect on bone density. LOsecPROsacFOsamaX (LOPROFOX) is the ultimate insanity which, but for the name, is already happening in large numbers.

Need for HRT compromised by profit?

A similar ‘turf war’ occurs with the commonplace depression in perimenopausal women. These women with oestrogen responsive depression often have a history of postnatal depression and premenstrual depression, which have all been shown to be effectively treated by transdermal oestrogens (in good controlled trials in the most prestigious journals). It is therefore surprising that none of these studies have been repeated by those mostly responsible for the treatment of depression in women. This neglect is either due to the unlikely belief that these studies are perfect or because psychiatrists and the pharmaceutical industry do not want to show the benefits or even the superiority of oestrogens. For example there is only one placebo controlled study of transdermal oestrogens in severe premenstrual depression, but there are now 50 recent similar studies showing that SSRIs are useful. Is it because the pharmaceutical industry only funds those studies that generate profit?

Hormone depletion is not a mental illness

Psychiatrists almost invariably refuse to accept the data demonstrating the value of oestrogens in certain forms of depression in women. They prefer to rely upon psychotherapy, SSRI’s and even on electroconvulsive therapy (ECT). Once again it is to the disadvantage of the women that psychiatrists have not chosen to become aware of this modality of treatment. It is commonplace to see women with perimenopausal depression who have been taking many mood stabilising drugs for many years. They claim to have last felt well during their last pregnancy after which they started or recommenced antidepressants for post natal depression, later developing into pre menstrual depression as the periods return and finally climacteric depression. It is difficult to obtain precise data but antidepressants are now used by about 30% percent of women in the UK. There is even a move to use this drug for the treatment of vasomotor symptoms. It is barely effective, but it is becoming a new indication for SSRI therapy and another excuse not to use oestrogens.

Hormone replacement is the right approach

The result is that women are currently being treated with years of barely effective, addictive, multi drug therapy producing profound personality change, loss of libido, weight gain and anxiety. Similarly the side effects of the non-hormonal treatments for osteoporosis are now becoming apparent. The tragedy for women is that oestrogens are certainly more effective in protecting the skeleton, more cost-effective, long lasting and probably safer in the early post menopausal years, but they are not being used.

We need the advisory bodies to consider the revised conclusions of the WHI study and support the logical use of oestrogens. Women also need physicians to help them to overcome their anti oestrogen-instincts and learn the simple skills of using HRT. Otherwise PROFOX or worse is inevitable.

Consultant Gynaecologist
Related articles
What are the 34 symptoms of the menopause?
Coping with the menopause during lockdown

Consultant Gynaecologist
What is a rheumatologist?