How should reproductive depression be treated?

This article discusses "reproductive depression", a group of conditions that affect women at times of hormonal changes. Although treated by psychiatrists using antidepressants, gynaecologists will treat these with hormone therapy.

Depression in women commonly occurs at times of hormonal changes. When taken together, pre-menstrual depression, postnatal depression and menopausal depression can be called “reproductive depression”. This term emphasises the fact that this is a hormone-related mood change that may well be most effectively and simply treated by a correction of the underlying hormonal changes.

The most common component of reproductive depression is an endocrine problem due to the hormonal changes that occur following ovulation. It is logical that the most effective treatment will be one that suppresses ovulation and the ovarian hormonal changes (whatever they are) that produce the cyclical symptoms of the pre-menstrual syndrome (PMS). The easiest way to suppress ovulation is the birth control pill. However, many women who suffer from this form of depression will be progesterone/progestogen intolerant. This means that if they take the birth control pill "back-to-back", the menstrual cycle will be supressed but they may have depressive and physical symptoms most of the time without having the usual ten to fourteen good days a month that even the most severe cases of reproductive depression usually enjoy. 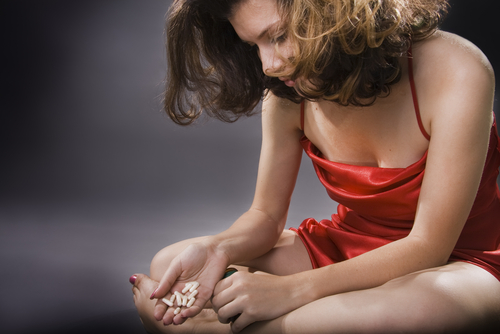 Suppression of ovulation by transdermal oestradiol in the form of an oestradiol patch has been shown to be effective, as has transdermal oestrogen in the form of oestradiol gels. However, it is necessary to give cyclical progestogen by some route so as to prevent endometrial hyperplasia, but as it is common for the PMS symptoms to re-occur during these days, a minimum duration of progestogen is recommended for the first seven days of each calendar month with a withdrawal bleeding occurring on about day ten of each calendar month. Alternatively, the contraceptive Mirena IUS is usually very effective, although perhaps 10% of women will suffer almost continuous PMS symptoms that can then disappear within twenty four hours of the removal of the Mirena IUS.

Alternatively, ablation of ovulation by the use of a gonadotropin-releasing hormone analogue (GnRHa - a modified version of a hormone that occurs naturally), is most effective and indeed is a useful diagnostic tool if a hysterectomy and removal of the fallopian tube and ovaries is contemplated. This does carry a risk of distressing menopausal symptoms and even bone loss and so hormone replacement therapy (HRT) is essential if prolonged treatment is required. This will usually be in the form of transdermal oestradiol and cyclical oral progestogen which may produce a return of PMS symptoms or the insertion of a Mirena IUS.

Women with severe PMS who respond only partially to treatment because of progestogenic side effects or bleeding problems should be offered a hysterectomy and removal of the fallopian tube and ovaries (bilateral salpingo oophorectomy). A hysterectomy alone is not effective because the ovaries will still produce the cyclical hormonal changes and the cyclical symptoms although menstruation has been abolished.

There are now many studies showing the very beneficial effects of surgery and long-term hormone replacement therapy (HRT) for the most severe cases of PMS. This is a further factor that indicates that the condition is endocrine and not psychiatric.

The great danger to women with severe PMS who do not respond to antidepressants is that they are given a higher dose and then a second or third antidepressant, which also do not work. By then, these women can be labelled as suffering from bipolar disorder and the scene is set for mood-stabilising drugs, anti-epileptics and even electroconvulsive therapy. After ten or more years of this therapy it becomes difficult, although not impossible, for these women to be weaned off these psychotropic drugs by use of transdermal oestradiol, which they should have been given in the first place. The clues of course are in the medical history.

There are eight vital points to consider in order to diagnose PMS and to exclude bipolar disorder. These are: 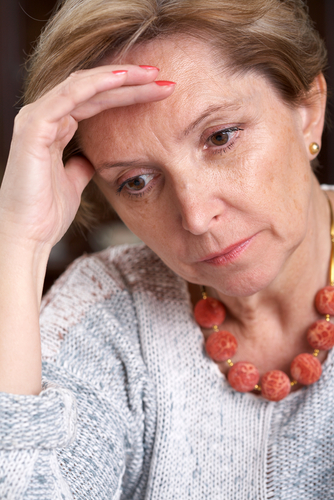 The seriousness of postnatal depression cannot be overstated as both the mother and the child can be in great danger. It affects 10% of healthy women and can last for months or years and it is not the ‘baby blues’, which can occur in the week after delivery. It is usually treated with varying success with antidepressant drugs, psychotherapy or admission to mother and baby units, but once again the association with profound, abrupt hormone changes after childbirth should point to a hormonal cause. Prolonged breast feeding, which is associated with lower oestradiol levels, often produces more severe and prolonged depression.

There are many reasons why women become depressed around the time of the menopause.  The symptoms include:

These symptoms alone are enough to cause some depression. These are the typical symptoms of oestrogen deficiency and can easily be treated with routine Hormone Replacement Therapy (HRT) and the low mood associated with the problems of reduced sociality and poor sleep will be improved.

However there is another type of depression not associated with the characteristic menopausal symptoms that can take place in the three or four years before the periods cease; in the so-called menopausal transition. This is the depression that occurs usually in the absence of the usual symptoms of flushes or vaginal dryness. It has been shown in many studies to be responsive to oestrogens, (both oral oestrogens and transdermal oestrogens), and the evidence for the benefit of oestrogens on pre-menopausal depression is more convincing than the beneficial effects on the depression of the post-menopausal woman.

This treatment is best done using continuous transdermal oestrogens in the form of gels or patches together with cyclical progestogen if the woman has a uterus. Gynaecologists are aware that depression occurring in most pre-menopausal women respond well to oestrogens given for the depression or associated symptoms, although most psychiatrists are unaware of this because they do not use oestrogens and antidepressants would be their first choice therapy.

Hysterectomy as a treatment for depression 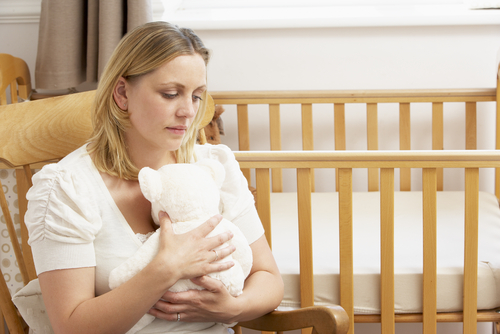 It may seem odd to include a section on hysterectomy but there is much evidence from psychiatrists that depression is less common after hysterectomy even though most newspaper and magazine articles on this subject suggest that hysterectomy causes profound depression, loss of sexuality and marital break-up. In fact, the reverse is true. In younger women having persistent cyclical depression as well as other cyclical problems of bleeding, pain and headaches, hysterectomy with removal of the ovaries (bilateral oophorectomy) will usually cure these problems. In the specific case of pre-menstrual depression in those women with progestogen intolerance, a hysterectomy together with removal of the ovaries and replacement of oestradiol and testosterone have been shown in all studies to be beneficial. Therefore, a well conducted hysterectomy for the correct reasons should be seen as a life-enhancing procedure and may also remove the need for progestogen and, for the 4% of women who die of cancer of the ovary, cervix and uterus it could be seen as a life-saving procedure. This should not be seen as a radical last choice.

The use of transdermal oestrogens is recommended to suppress ovulation in women with PMS and for postnatal depression to correct the profound oestrogen decrease that takes place. It should be the first choice therapy in pre-menopausal women with depression, whether they have associated symptoms or not. Most studies looking at how women with depression respond to oestrogens have used transdermal patches or implants but there is no reason why oral oestrogen should not be as effective. However, transdermal oestrogens are preferable because they do not raise the issue of blood clots. The regimen would be oestradiol patches 200µg twice weekly or oestradiol gels 2g daily throughout the month. Cyclical progestogen in women with a uterus should be used for the first seven days of each calendar month which would produce a scanty withdrawal bleed on approximately day ten of each calendar month.

For women with libido and energy problems, which often coexist with depression and treatment by antidepressants, testosterone can be added in the form of testosterone gel in the appropriate dose. This would be approximately 10% of the average male dose, which in practical terms would be one quarter of a sachet of Testogel on alternate days or a quarter of a tube of Testim on alternate days.