Hormone Replacement Therapy
Osteoporosis
The use of bioidentical hormone replacement therapy to alleviate the symptoms of the menopause is currently a hot topic. In this article senior Consultant Gynaecologist Professor John Studd answers questions about this treatment.

What are bioidentical hormones and are they a new development?

Bioidentical hormones are manufactured in the laboratory so as to be identical in molecular structure to normal female hormones. There seems to be a widely held view that the use of bioidentical hormones is a clever, recent American development, which is a vital advance on orthodox hormone replacement therapy (HRT). It is important to realise in light of this asumption that bioidentical hormones in the form of oestradiol, testosterone and progesterone have in fact been used in Europe, particularly France, for at least 20 years and I have personally used nothing else during this time.

Why is HRT prescribed?

HRT is used to replace hormones that the body no longer produces following the menopause, namely, oestrogen and progesterone, so as to relieve the symptoms associated with the menopause. At the most simplistic level it is certain that oestrogen works well for hot flushes, sweats and vaginal dryness, but in reality the value of HRT far exceeds this.

What is the current thinking on Hormone Replacement Therapy?

The debate about Hormone Replacement Therapy (HRT) arose as a result of two clinical studies, The Women’s Health Initiative (WHI) published in 2002 and the Million Women Study (MWS). The initial findings of these studies were interpreted as suggesting that there is a link between HRT and an increased risk of heart disease, stroke and cancer.

However, updated information and further interpretation of the WHI study indicates that HRT, particularly oestrogen alone, is both safe and protective in the younger postmenopausal woman below the age of 60. 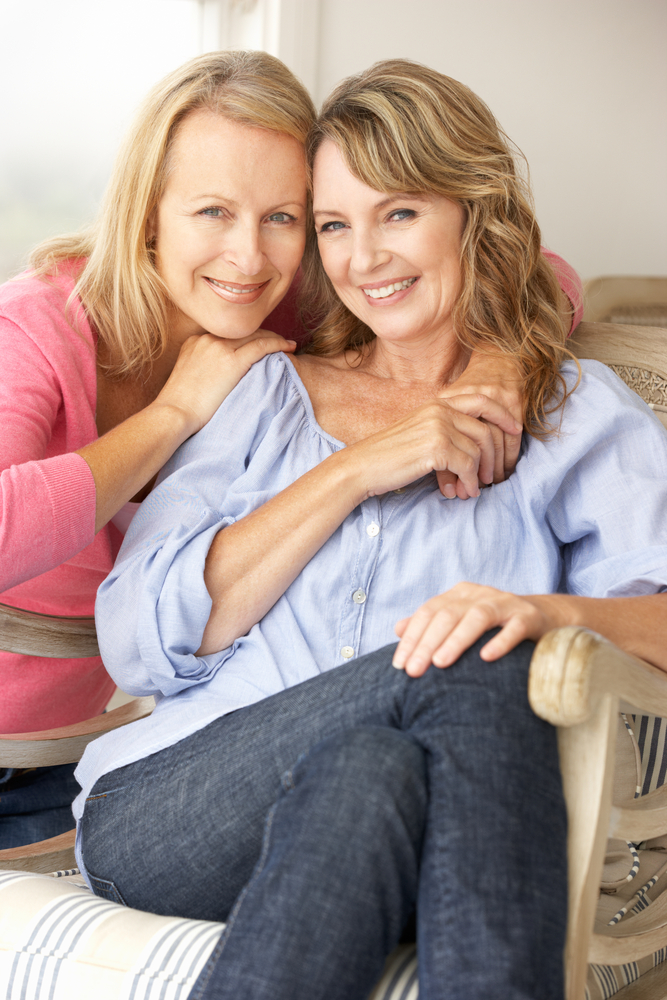 Such hormone therapy is associated with fewer fractures, less colon cancer, fewer heart attacks, possibly less breast cancer and certainly fewer deaths. There is a good case for saying that it should be first line therapy in this situation.

What are the components of HRT?

Women naturally produce a number of reproductive hormones including oestrogen, progesterone and testosterone. Oestradiol is the natural human oestrogen that is the most active in the body. There is good evidence that oestradiol delivered through the skin is safer and probably more effective than when taken by mouth. If oestradiol is taken as an oral tablet it is changed in the gut and the liver to a less effective oestrogen called Oestrone, whereas the transdermal route of oestradiol whether by gels, patches or implants produces the appropriate level of oestradiol in the blood stream.

There is also clear evidence that by using transdermal oestradiol, stimulation of coagulation factors from the liver is avoided whereas this does occur with the ingestion of oral oestrogens.

Testosterone is a normal female hormone and is present in 5-10 times the amount in the adult female as oestradiol. It is a vital hormone necessary for mood, energy and libido and it is certainly best given through the skin as gels or implants. There is a license to use testosterone patches in women who have had a hysterectomy.  In my view gels or implants are preferable.

DHEA (Dehydroepiandrosterone) is often considered a bioidentical hormone and is freely available in many countries. It is a precursor of testosterone and has only onefiftieth of the potency. Although useful, it is more sensible and more effective to use transdermal testosterone, which is clearly bioidentical, rather than taking tablets of DHEA.

What problems are associated with the use of bioidentical hormones as HRT?

The problem with bioidentical hormones comes with the progestogen components. The much heralded expensive progesterone cream that comes with exaggerated claims of increase in bone density and improvement of depression, hot flushes, sweats, etc is in fact virtually ineffective as it is hardly absorbed.  My team have studied this preparation in depth over the last few years and we have concluded that it has no effect whatsoever on bone density, no effect upon mood and no effect upon the symptoms of flushes, sweats and headaches, all of which are the common symptoms of the menopause. It might, however, have a tranquilising and sedating effect if it is absorbed. These results have been published in the journal Menopause International (Benster et al).

It is therefore necessary to give women receiving oestrogens an effective progesterone/progestogen to protect the lining of the womb. Most gynaecologists would use synthetic progesterone such as Norethisterone or Medroyxprogesterone, which certainly protects the uterus and produces regular scanty periods.  Unfortunately, it often reproduces PMS symptoms in those women who are progesterone intolerant and therefore there is a move to use more natural progesterone such as Utrogestan. This is in contrast to the orthodox management of 14 days of progestogen a month because of the frequent problems of depression, breast discomfort and loss of energy that occurs with a longer course of progestogen in those women with PMS and progestogen intolerance.

What is the best method of taking bioidentical hormones as HRT?

In my view, the best method of taking bioidentical hormones would be Oestrogel 2-3 measures daily with the possible addition of transdermal testosterone gel and then Utrogestan 100 mgs daily for the first 7 days of each calendar month. This would bring about a regular scanty bleed on about the 10th day of each calendar month.

Professor John Studd passed away on the 17th August 2021. The enormous contribution that he made in the area of women's health and to our understanding of the menopause in particular cannot be overstated. He pioneered the use of HRT, setting up the first specialist menopause clinic in Europe in 1969 - in Birmingham. He also co-founded the National Osteoporosis Society, now the Royal Osteoporosis Society. Total Health had the honour of working with "The Prof" for over a decade and he will be very badly missed. However, his legacy will endure, and a number of specialist consultant gynaecologists who were trained by by him now contribute to Total Health - please click here for further information.