The menopause signifies the ending of fertility for a woman and it is a natural part of the lifecycle. It results from the loss of ovarian function so that eggs and hormones, primarily oestrogen but also testosterone are no longer produced. It is the loss of oestrogen and to some extent testosterone that results in the various symptoms of the menopause and also increases the risk of osteoporosis and heart disease.

In some women Premature Menopause can occur before the age of thirty.

Women with Premature Ovarian Insufficiency will experience the usual symptoms of menopause (See Table 1) and they will also have an even greater risk of osteoporosis and heart disease resulting an increase in overall mortality. It is however the loss of fertility that is often the most distressing consequence of POI.

Symptoms of the menopause tend to be more severe with POI, but they may not always be recognised by the woman or her doctor as being due to ovarian failure, especially if the periods are regular, which is often the case in the early phase of this condition.

The psychological symptoms associated with premature menopause can include depression, mood swings, anxiety and loss of libido and are especially troublesome in this relatively young age group. Often these symptoms are made worse by the loss of fertility or the feeling of premature loss of femininity. Sadly, women are often treated with anti-depressants which is inappropriate and can actually make some symptoms such as tiredness and loss of libido worse.

In the vast majority of cases the cause of POI is unknown but there may be a familial tendency and a woman is more likely to suffer POI if her mother or older sister have been diagnosed with this. Sometimes menopause can result from the treatment of cancer with chemotherapy or from surgery to remove the ovaries.

Other causes of POI can include the following:

The diagnosis of POI is usually made on the basis of the symptoms being experienced and confirmed by blood test. Two blood tests are usually required at least 4-6 weeks apart. These diagnostic hormone tests typically show a reduced oestradiol (E2) level along with an elevated Follicle Stimulating Hormone (FSH) level, but a normal blood test does not necessarily exclude this diagnosis. This is because ovarian function and therefore hormone levels can fluctuate widely. In the initial stages of this condition phases of near normal hormone levels may be experienced, along with normal cycles with only mild or no symptoms, and at other times marked symptoms with low blood levels of oestradiol are experienced.

However, while blood tests may not always be reliable in making the diagnosis of POI they are essential in excluding other problems with similar symptoms such as hypothyroidism and hyperprolactinaemia.

In practice the diagnosis is usually not difficult and decisions are based on a thorough consideration of all of the symptoms combined with the results from the blood tests.

Impact of POI on fertility

In the UK the average age for a woman having their first child is around 30 years. Many women with POI will therefore not have had children, meaning that a diagnosis can be particularly distressing. However, even for women who have had children the loss of fertility is often troubling.

Following a diagnosis of POI, fertility is greatly reduced but it is still possible to get pregnant because the ovarian function fluctuates and ovulation can occur intermittently. The likelihood of pregnancy is reduced to around 5% in women with POI and sadly, there is no effective treatment to improve this statistic. Treatment with drugs such as clomiphene to induce ovulation is of no benefit. The longer a woman has had POI, the less likely it is that she will be able to conceive naturally. It is extremely unlikely that a woman with POI who has not had a natural period for two or more years will conceive.

The only real fertility treatment option available is IVF with donor eggs. This treatment is highly successful but there is a great shortage of egg donors in the UK.

Who Should Freeze Eggs?

Women at risk of POI such as women about to undergo chemotherapy or young women with a strong family history may consider freezing eggs while their ovarian function is normal. However, this is not a useful option once the ovarian function has already diminished or ceased.

The longterm effects of POI

In addition to the symptoms described above that can impact on quality of life, POI also increases the risk of heart disease and osteoporosis - with an associated risk of bone fractures. The overall mortality is therefore increased. Recent studies have also shown an increased incidence of dementia in women with POI.

The most appropriate treatment for POI is hormone replacement therapy (HRT), which will help with the symptoms, as well as reduce the risk of osteoporosis and heart disease.

HRT is best given trans-dermally as this method avoids the first pass effect through the liver and avoids any excess risk of thrombosis. We favour 17β-oestradiol which is identical to the hormone produced by the human ovary and is manufactured in the laboratory.

In addition to oestrogen, women will also benefit from testosterone. This is often assumed to be exclusively a male hormone, but testosterone is an important hormone in women too. Testosterone can improve moods, energy, libido and headaches as well as sleep.

Women receiving oestrogen also need to take cyclical progesterone for ten to fourteen days a month to ensure a regular withdrawal bleed and to protect against endometrial hyperplasia (thickening of the womb lining), which may be precancerous. While many HRT preparations contain synthetic progestogens, we tend to favour the natural progesterone as it has fewer side effects. Some women who are particularly sensitive to progesterone can develop PMS type symptoms when taking the natural progesterone. These side effects can be reduced if the progesterone is taken vaginally but it is sometimes necessary to reduce the dose and duration to seven or ten days in women who are particularly sensitive to progesterone. Women who have had a hysterectomy can take oestrogen without having to take progesterone.

HRT will alleviate the various symptoms of the menopause including hot flushes, night sweats, anxiety, depression, tiredness and loss of libido.

HRT is safe and the benefits far out-weigh any theoretical risk and this is especially so in women who suffer a premature menopause and are at increased risk of osteoporosis and heart disease as a result.

Women with POI should be encouraged to take HRT at least until the age of fifty and by doing so will not increase their risk of heart disease or breast cancer.

Women with Premature Ovarian Insufficiency (POI) will experience the usual symptoms of menopause - as set out below.

A rare disorder of the adrenal glands leading to deficiency of the hormones cortisol and aldosterone. 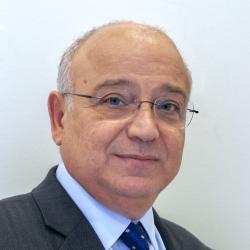 How long do symptoms of the menopause last?

Are you noticing more signs of menopause?

What's the link between testosterone and COVID-19?

Can HRT protect against COVID-19?