Liver Cancer
This article discusses how secondary liver cancer occurs and the latest methods for diagnosing and treating this illness.

How does secondary liver cancer occur?

Despite often having very successful treatment of a primary cancer, unfortunately many patients will go on to develop secondary cancer in other sites around the body such as the bones, lungs and liver. The most dangerous time for development of secondary disease is the first two years after diagnosis, although sometimes the disease will have already spread by the time that the cancer is diagnosed. The development of secondary disease is a feature of the aggressiveness and ability of the primary cancer to spread beyond its original site and this does not reflect any failure on behalf of surgical treatment or subsequent chemotherapy or radiotherapy treatments.

Where does secondary liver cancer spread from?

The most common secondary liver cancer to be referred to a liver surgeon for treatment comes from the large bowel (colon and rectum). Around 34,000 people per year develop bowel cancer and at some point about 50% of these will show spread of disease to the liver.
Although secondaries from some other primary tumours are occasionally treated by liver surgeons (e.g. breast, ovary, stomach, sarcoma, uterus, neuroendocrine), these make up a small minority of cases and are highly selected for treatment.

When is surgery for secondary liver cancer appropriate?

Most people with liver secondaries will only be offered surgery to their liver if they are clear of disease elsewhere in the body. This is often investigated by CT scanning and PET imaging. PET imaging is a nuclear medicine scan that relies on the fact that cancer cells metabolise sugar molecules at a rapid rate. If the sugar molecules are radio-labelled and given in a form that cells can’t metabolise once they are inside the cell, they can be picked up by a gamma camera as “hot” spots or areas of increased uptake.

Patients with very limited disease elsewhere but for which there are good treatments available, may also be offered surgery to their liver.

How is secondary liver cancer treated?

Treatment of the liver is most often surgical but other treatments are being developed all the time. The survival benefit of these new treatments is not as clear as with surgical removal of the tumour but they are becoming more commonly employed and may be given in conjunction with liver surgery. Examples are radiofrequency ablation, microwave ablation, HIFU, cyberknife and SIRTEX. Ablation techniques offer heat or cold treatment to physically destroy tumours once needles to deliver the temperature change have been passed into the tumour. HIFU offers very high frequency ultrasound to destroy tumours from outside the body whereas the cyberknife offers very high dose, very accurately localised radiation therapy. Sirtex technology utilises tiny beads emitting radiation that are passed into the blood supply of tumours in the liver. All of these technologies avoid surgery. They may however require small procedures and even in some cases a general anaesthetic. They all have a failure rate and do not come without complications. 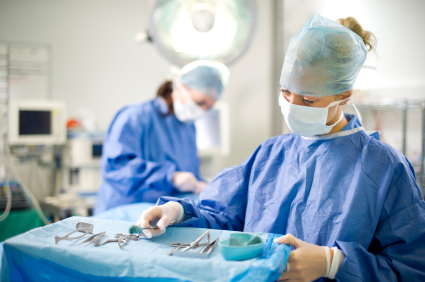 Historically, those patients who were offered liver surgery had solitary tumours in the liver that had appeared some time, often years, after removal of the primary tumour. Whereas this group of patients had a very good chance of cure, it has now become apparent that other patients with much more extensive disease can be treated successfully with good survival rates. Patients may now be offered synchronous removal of their primary tumour and secondary disease, laparoscopic (keyhole) surgery to the liver and staged removal of their tumours over two operations.

If there is insufficient liver tissue to carry out surgery successfully (based upon body weight), the surgeon may opt for a technique which grows the liver that is to be left behind within the body, before carrying out the operation. This technique known as portal vein embolisation is carried out by doctors using X-ray. The main vein to the liver that is to be removed is blocked using a combination of physical particles and glue. This stimulates the liver on the unblocked side to start regenerating in response to the lowered blood supply. Once full growth is achieved (about six weeks) a repeat CT scan is arranged and the size of liver remaining after surgery is calculated (using sophisticated software attached to the CT scanner) and the decision on whether the surgery can go-ahead is given. The most complex procedures now involve removing some of the tumours to render a section of liver clear of cancer, growing this section using portal vein embolisation and then clearing the rest of the disease in a second operation at a later date. This allows patients with extensive disease of both the right and left lobes of the liver still to be considered for curative surgery.

How successful is surgery for secondary liver cancer?

Liver surgery is carried out by specialist surgeons – many of whom work out of centralised, government-designated liver units. These have been established to improve the outcome of surgical intervention by ensuring that surgeons have a huge number of procedures “under their belt” each year – a marker that has been shown in many studies to lower mortality from difficult complex procedures. The mortality from liver resections for bowel cancer secondaries should be  less than 3%. In many centres it is less than 1%. The morbidity or rate of complications is about 20%. This includes mild liver failure, leak of bile from the cut surface of the liver (about 5%), infections of the wound, chest and abdominal cavity, bleeding or the general risks of anaesthesia especially on the heart and lungs.

The average length of stay in hospital after a surgery for secondary liver cancer is somewhere in the region of 8-10 days – often the first one or two nights after the operation are spent in intensive care units or one step down from this but still with constant monitoring – high dependency units.

Liver surgery alone does not cure everyone. The chances of surviving five years with cancer of the liver from bowel cancer (even with chemotherapy) are very small (approaching 0%). With liver surgery this can be improved to an overall figure of about 25-35%. For solitary small tumours appearing some years after the primary it may be as high as 60%. Very often patients are already under the care of oncologists or cancer specialists who will be screening them for the development of secondary tumours. Liver surgery is often given alongside a course of chemotherapy drugs. Very often, nowadays, this is given as a sandwich of treatment, with chemotherapy both before and after surgery. This improves survival compared to surgery alone by about 10%.

Most patients will have no idea that they have liver tumours as the liver has a great ability to function normally despite being diseased with cancer. The scans will be the only sign of something going wrong. Sometimes blood tests (known as tumour markers) will go up as an indicator that something is wrong somewhere and this will prompt scans to investigate. The most common blood tests used with bowel cancer are CEA and CA19-9 levels. Other patients may have generalised symptoms of illness such as reduced appetite, weight loss and tiredness. Some may have mild aches in the upper right hand side of the abdomen under the ribs as signs of liver tumours.

Very often at the first operation, your surgeon will have spared as much liver tissue as possible for two reasons. These are:

1. To reduce the risks of liver failure
2. To allow further surgery or intervention on the liver if recurrence of cancer occurs.

After surgery, both your surgeon and oncologist will continue to monitor your progress with regular blood tests, clinic visits and scans to ensure that you remain free of cancer and to continue to care for you should the cancer return. 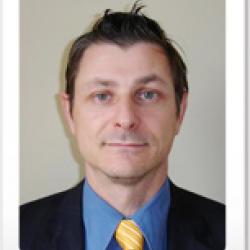 CyberKnife® revolutionary radiosurgery – what can and cannot be treated

Consultant Clinical Oncologist
Liver Metastases: What can be done when bowel cancer has spread to the liver