The causes of irregular and heavy periods

What are the causes of irregular and heavy periods?

Fibroids (also known in medical terms as myomas or leiomyomas) are benign (non-cancerous) lumps of smooth muscle which grow from the wall of the womb. They are very common and on average are found in 20-30% of women during their childbearing years. They are more frequently found in older women and by the time a woman reaches the age of the menopause, her risk of having a fibroid is around 70-80%. However, the majority of fibroids are harmless and often do not cause any symptoms.

Polyps are ‘skin-tags’ that grow from the lining or neck of the womb. They are benign growths, which means that they are harmless, and they are extremely common.  Large polyps may cause heavy and/or irregular periods.  Smaller polyps may be less likely to cause heavy periods but they may still cause bleeding in between periods.  Polyps of the neck of the womb may cause bleeding after sexual intercourse.

In addition, certain types of thickening can progress to cause abnormal changes of some cells (this is called atypia) and this carries a risk of developing into cancer of the lining of the womb (endometrial cancer) in some women. In these circumstances abnormal changes to cells is considered a pre-cancerous condition.

Some women may have excessive blood loss during their periods due to problems in their blood-clotting system. These problems are usually due to genetic disorders and the women who have them also usually have a history of bruising very easily and prolonged bleeding from minor cuts.  (One example of this sort of condition is von Willebrand Disease (vWD). Women suffering from these problems tend to have heavy periods starting in their teenage years.

Some women may have heavy periods because they might be using blood thinning injections (such as heparin) or tablets (such as warfarin).  These drugs are used for prevention of thrombosis in certain situations, for example in women with artificial heart valves, with history of thrombosis.

Women who do not ovulate (release an egg) regularly tend to have irregular periods. Typically this occurs during the teenage years, the pre-menopausal years (years leading up to the menopause) and in women with polycystic ovary syndrome.  In these situations, lack of ovulation leads to irregular shedding of the lining of the womb and sometimes thickening of the lining (see hyperplasia section above) and this causes irregular and sometimes heavy periods.

Cancers of the womb and the neck of the womb are rare in childbearing age women who have regular smear tests.  Cancer of the womb is more commonly seen in women after the menopause, but can occasionally occur in women with severe polycystic ovary syndrome and obesity. 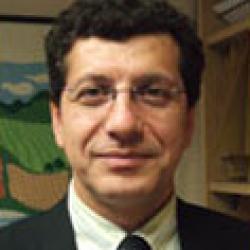