Soft Tissue Injury
Pain Management for Orthopaedic Conditions
Knee conditions
Ankle conditions
This article describes the various causes of pain in the lower leg following exercise such as running. In many cases no treatment is necessary but a variety of simple treatment options are available for those who are concerned.

Leg pain is a common feature in people who undertake regular sports, and can be an unnecessary cause of worry. Often relatively straightforward interventions can get people back to high level sporting activities.

One of the most frustrating problems can be pain in the calf or the shin on exertion (classically when running, but with other activities too). There are upwards of thirty different possible diagnoses for pain in this area, and doctors group these various causes together as “Exercise Induced Leg Pain” or EILP for short. Pain can arise from problems with the bones, muscles, or other structures in the leg, or may be pain referred to the leg from problems elsewhere.

Despite the large number of possible diagnoses in EILP, the majority are due to one of three main causes; these being Chronic Exertional Compartment Syndrome (CECS), Stress Fracture and Medial Tibial Stress Syndrome (often referred to as ‘shin splints’) or neurogenic claudication (similar to sciatica). 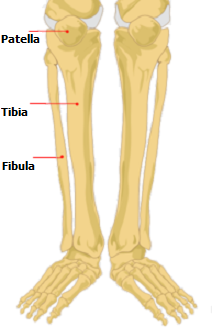 The lower leg has two bones, the tibia and the fibula. The tibia is the largest of these, and lies just under the skin of your shin. It takes about 85% of the body’s weight, the rest being taken by the smaller fibula, which lies slightly behind and to the outer side of the tibia. There are several muscles in the calf, which are divided into four main compartments by a tough layer of tissue called fascia.

In this condition there is a problem with the tightness of the layer of fascia around one of the muscle compartments in the lower leg. Muscles need oxygen to work; this gets used up during intensive exercise then the muscles switch to ‘anaerobic metabolism’ using up reserves stored in the muscle itself. This causes the muscle to swell slightly, but it is usually possible to continue exercising at a slower rate.

The swelling is possible if the fascia is relatively relaxed, but if the fascia is tight it will not allow the muscle to expand, so the pressure in the muscle compartment increases. Unfortunately the blood supply to the muscles themselves is at a fairly low pressure, so a relatively small rise in pressure can cut off the blood supply, causing more swelling, and pain forcing activity to stop.

Classically a distance runner or footballer will feel pain in one of the muscle compartments, most commonly the ‘anterior’ compartment at the front of the leg just to the outer side of the shin. The pain is diffuse, and forces them to stop activity. The muscles can feel ‘rock hard’, but there is usually no tenderness to touch. The pain usually eases very quickly, and after five minutes or so of rest running can continue for a short time.

Unfortunately, in some circumstances the distance at which the pain starts gradually gets less, until it can be painful on minimal exertion.

The diagnosis is often obvious from the history, but may need confirming by checking the pressure in the affected compartment after running on a treadmill. Unfortunately, although conservative treatments such as physiotherapy can be tried, an operation is often necessary to release the involved fascia. This operation is called either a ‘Compartment Decompression’ or ‘Fasciotomy’. 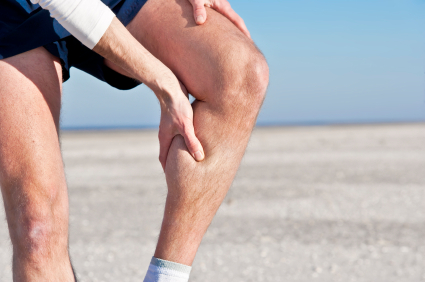 ‘Fracture’ is the term for any broken bone, whether an undisplaced hairline crack or completely shattered. Usually bone breaks when it is subjected to a significant force, such as a fall or road traffic accident etc. Bone can also break if it is weakened (for example through osteoporosis or conditions that erode bone).

Normal bone is very tough, however, and the human tibia can tolerate eight times the bodyweight without injury. It also has a great capacity for repair, and there is a constant process of breaking down bone and laying down new bone to maintain the level of calcium in the blood.

Unfortunately with unaccustomed exercise, microscopic cracks can appear in the bone. Usually these heal rapidly without problems, but if the exercise is repeated too frequently these ‘microfractures’ will form a fracture, which is painful.

Classically there is a history of increased exercise, and as such is common in military recruits, and those stepping up their level of running such as in preparation for a marathon. The most common site of stress fracture is the forefoot (the second metatarsal) but the next most common site is the front of the tibia.

Unlike compartment syndrome, the pain is over the mid-tibia itself, rather than the muscle. It can be very localized and severe, particularly at the start of a run. Sometimes it is possible to ‘run through the pain’, but the pain can persist for hours or days after exercise. If untreated, the pain becomes severe, and even walking can be painful.

X-rays are often normal in the early stages, and even investigations such as MRI scans can be inconclusive. A ‘technetium bone scan’ may be performed. This involves an injection of a tracer substance that is taken up by very active bone, but takes several hours to complete.

The key to treatment is rest. Usually immobilisation is needed in an orthopaedic boot or (less commonly) plaster, but this may be prolonged. Impact activity is usually stopped for eight to twelve weeks. Very rarely an operation (‘internal fixation’) is needed if the situation becomes recurrent.

This condition used to be commonly referred to as ‘shin splints’ but the term fell into disuse as it covered a wide variety of problems. The actual cause of MTSS is unclear; some suggest it is the early stage of a stress fracture, others argue that it is due to the pull of the fascia on the edge of the tibia.

The pain is classically on the inner edge of the tibia where the muscle attaches, about two thirds of the way down, extending over 10 cm or so. It is much more diffuse than the very localised pain of a stress fracture, and the main feature is tenderness to touch (unlike Chronic Exertional Compartment Syndrome).

Classically the pain is related to training level, and indeed can be a normal feature of increasing training levels. In normal exercise, however, the pain resolves rapidly whereas in MTSS it persists for several hours after exercise, and recurs rapidly when exercise is resumed.

There are several theories about the cause, but most agree that there is a component of abnormal biomechanics. The first line treatment therefore is to pay attention to shock absorbency of shoes, gait analysis, and core stability. Orthotic insoles may be necessary.

Recent advances in treatment include injections to the painful area using plasma and platelets derived from the patient’s own blood (Platelet Rich Plasma, PRP) or with a concentrated dextrose solution (prolotherapy). Only rarely is surgery needed.

The nerves that supply feeling to the skin of the calf travel down the back of the thigh in the sciatic nerve. These nerves can get trapped as they emerge from the lower spine by either degenerate discs, or degeneration of the ‘facet joints’ in the spine. Classically there is a minor back ache, a dull aching pain in the outer aspect of both calves, accompanied by abnormal sensation, either numbness or pins and needles.

The examination will look at the spine and the nerve supply to the legs. The investigation of choice is an MRI of the lumbar spine.

If there are signs of impingement of nerves, then core stability exercises from a good spinal physiotherapist can help. Sometimes interventional treatment is needed such as facet joint or epidural injection by a spinal surgeon.

Calf pain in non-athletes may represent poor blood flow due to vascular problems (ischaemic claudication) this can be dangerous and be a marker of more serious vascular problems. Further information on vascular conditions is available from consultant vascular surgeon, Daryll Baker.

In athletes there may be entrapment of the artery at the back of the knee by an abnormal muscle (popliteal artery entrapment syndrome). Deep vein thrombosis (DVT) can also present with calf pain, classically after immobility such as long haul air travel.

There are many other medical conditions that affect the muscles, bones, nerves and other tissues in the calf, most of which require specialist investigations to diagnose. Other chronic conditions include osteomyelitis (chronic bone infection) bone tumours (which are extremely rare), and inflammatory disorders such as rheumatoid arthritis.

The pain may actually be radiating from an adjacent area, such as a Baker’s cyst of the knee rupturing into the calf and causing pain, or from tendon problems at the ankle radiating upwards. 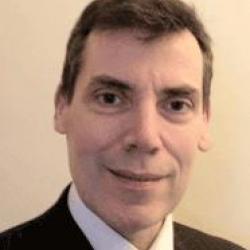