Heart Rhythm Disorders
Heart Disease
This article discusses laser balloon ablation treatment for atrial fibrillation. It will be of interest to anyone who suffers from this common form of heart rhythm disorder and who is looking for a revolutionary treatment option. The author, Dr Oliver Segal, was the first consultant in the UK to perform the procedure.

What is atrial fibrillation?

Atrial fibrillation is the most common heart rhythm disorder in the developed world and it is estimated 1 million people in the UK have this condition. Atrial fibrillation, or AF for short, is the leading cause of stroke in the country and may also cause heart failure in some patients. It results from abnormal electrical impulses in the top chambers of the heart, the atria, which can lead to rapid, irregular palpitations, breathlessness, chest pain light-headedness and tiredness. AF increases with age and is very frequently associated with having high blood pressure but can also occur in patients with no other medical problems.

Until ten years ago, patients with AF were only treated with drugs, which do not work particularly well and often cause side-effects. It was then discovered that extra heart beats, or ectopics, arising from the pulmonary veins (veins at the back of the heart) trigger AF episodes in the majority of patients. The race was on to find a way of blocking these ectopics from entering the heart. This was first done by creating a barrier around the entrance to these veins using catheters (fine wires introduced from the top of the leg) and ablating, or cauterising, a circle around them. This was guided by x-rays, but unfortunately soft tissue like the heart doesn’t show up very well on x-ray and so delivery of ablation was not highly accurate.
The other major problem is that in half of all cases the heart repairs the damaged tissue within the ablation circle, forming a gap and allowing ectopics to escape. Even the development of complex computer systems that create 3D images of the inside of the heart have not helped increase the success rates after one procedure.

How does laser balloon treatment for atrial fibrillation work?

The laser balloon also works to create a barrier around the entrance to the pulmonary veins. Again, it is advanced through small holes at the top of the leg and then a balloon is inflated inside the heart and sited at the vein entrance. But it is different to other technologies because inside the catheter sits a camera, or endoscope, which allows doctors to see inside the beating human heart for the very first time with a key-hole procedure. By being able to see inside the heart the cardiologist can create a perfect circle around the vein entrance and ensure there are no gaps left. Also, because the balloon pushes blood away from the heart tissue, all the energy from the laser penetrates the tissue providing a better ablation. This may also be why the laser balloon has yet to cause a single stroke, unlike the other technologies, because the laser can be guided away from the blood stream and therefore limit the chance of forming a clot inside the heart.

How is laser balloon ablation performed? 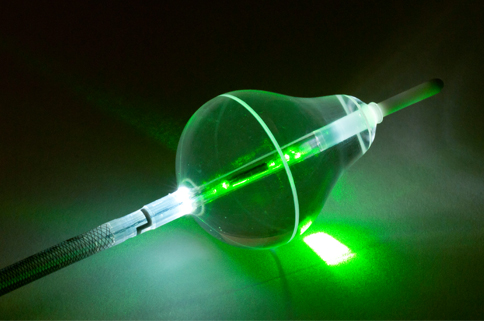 Laser balloon ablations are performed under a general anaesthetic so that patients do not move during the operation. The procedure can take between 2½ and 4 hours, depending on the shape of the heart and veins, and all patients are left with are 3 or 4 small holes at the top of the leg which heal within a few days. They can also go home the following day and can even be back at work as early as two days later.

The laser balloon is designed to cure paroxysmal, or intermittent, atrial fibrillation. The overall rate of cure with all types of ablation is 85-90% with 2 ablation procedures but only half of patients are cured after one ablation.

The key benefit to the laser balloon over other techniques is that it results in electrical isolation of the pulmonary veins (a complete barrier around the veins) in 90% of cases when checked at three months, rather than just 20% of cases with older technologies. It is too early to say whether this will mean a large improvement in the success rates with one ablation procedure as only 500 cases have been performed worldwide. However, early data suggest 80% of patients remain free from AF at six months.

The other major advantages are the absence of stroke in all cases so far (this occurs in approximately 1% of cases with other ablation methods) and the complete absence of a condition called pulmonary vein stenosis. This is when ablation at the vein entrance causes it to narrow and in extreme cases can severely limit the flow of blood into the heart causing breathlessness. It is not yet known whether AF ablation, using any technology, reduces the risk of stroke but results of large trials are awaited. However, it seems logical that if this rhythm problem can be cured, the risk of stroke should decrease.

What can/cannot be treated with laser balloon ablation?

The laser balloon is most suitable for patients with paroxysmal, or intermittent, AF who have uncontrolled symptoms despite trying at least one medication. It can also be used in some patients with persistent AF (AF that is there all the time) but only if the AF hasn’t been present for too long. It is not suitable for patients who have had persistent AF for many years. Patients must be able to lie flat without discomfort and also be able to tolerate a general anaesthetic. Patients must be able to take blood thinning medications such as Warfarin for at least a few months and so a history of previous bleeding may preclude this.

What are the risks of traditional ablation for atrial fibrillation versus laser balloon ablation?

As with all heart surgery, there are risks involved. For traditional AF ablation there is an overall 5% risk. Most importantly this includes 1% of a stroke, 2% of making a small hole in the heart (cardiac tamponade), which often requires the insertion of a drain into the sack around the heart, 1 in 300 chance of needing heart surgery and 1 in 1000 chance of dying. There is also a small chance, less than 1%, of damaging a blood vessel in the leg or a nerve at the back of the heart which could lead to temporary paralysis of the diaphragm.

The laser balloon is thought to have a very similar risk profile. The only difference so far is that no patient has had a stroke. 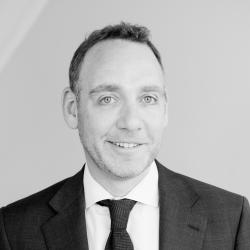