Cardiologists have taken on more procedures - angioplasty, stents, pacemakers, electrical treatments, although they usually do them relatively non-invasively. At the same time surgeons have also tended to become less invasive, and can do some bypass and valve operations through a 'minimally invasive' approach. Q1: What was it that made you want to specialise in the heart?

Heart disease is a major killer.  When I was training in general medicine, we saw patients with heart problems all the time.  I thought that specialising in the heart would be the way to make a difference to patients.

Q2: What is your own area of special interest and why this?

I've been fortunate enough to train when it was still possible to develop a broad range of skills and techniques.  I do a lot of general cardiology, diagnostic work and prevention.  I also implant pacemakers, defibrillators and stents.

I find this breadth very satisfying - it enables me to help patients through most of heart-care and to remain involved throughout their treatment.

Q3: The treatment of heart conditions very often requires the integration of skills between the cardiologist and cardiac surgeon.  This can be quite confusing for patients so how would you describe/explain this interplay?

It is confusing!  The difference started due to the different training each would take (cardiologists - physicians; cardiac surgeons - surgery).  Broadly, physicians were more involved in diagnosis, investigation and treatment with medication; surgeons would do surgery.

There is confusion now as cardiologists have taken on more procedures - angioplasty, stents, pacemakers, electrical treatments, although they usually do them relatively non-invasively (typically, through tubes in the leg). At the same time surgeons have also tended to become less invasive, and can do some bypass and valve operations through a 'minimally invasive' approach.

Some of the newer techniques (such as percutaneous aortic valve replacement) involve both working together.

There is getting to be more overlap, but, in reality, a team approach is key so that the right treatment for an individual patient can be decided upon by a group of experts with broad experience.

Q4: What in your opinion has been the most important innovation in the treatment of heart conditions?

Safe and cheap drugs have made a massive difference - good medication for blood pressure, statins for high cholesterol.  I would be tempted to say that aspirin has been the most important!

Q5: What in your opinion is the single factor that would most improve outcomes for heart conditions?

The best option is to not get a problem in the first place.  This is based on lifestyle (not smoking, enough exercise etc) and probably depends more on politicians than doctors.

Q6: What does the future hold for treating heart conditions?

I think there will be even more importance placed on prevention.  This is a challenge as the population gets older and obesity and lack of exercise result in increases in diseases such as high blood pressure and diabetes.  Because of this, more people will end up on medication, which is likely to be the 'tried and tested' and available already, but used in more people.

Procedures will become less invasive and will probably require less of the 'open heart' procedures.  A significant number of heart valve operations (particularly the aortic valve) are done through a 'percutaneous' route already, and this will increase, possibly to include the mitral valve. 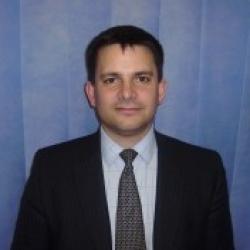