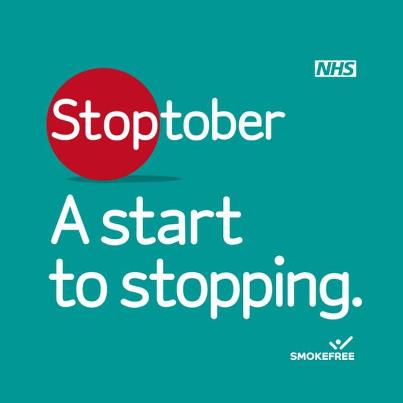 Stoptober is back for a fifth year, having driven almost a million quit attempts to date. It starts on the 1 October and is based on research that by the time you have quit for 28 days you are 5 times more likely to stop for good.

This increase in successful stop smoking attempts reflects the high number of people using quitting aids. In 2015, just over a million people (1,027,000) used an e-cigarette in a quit attempt while around 700,000 used a licensed nicotine replacement product such as patches or gum. In addition, over 350,000 people used their local stop smoking service in 2015 to 2016.

Alongside this, according to the latest data from consumer research organisation Nielsen, the number of cigarettes sold in England and Wales has dropped by 20% in the last 2 years.

“While we know that quitting smoking is not easy, this Stoptober is a perfect time to try again. The best thing a smoker can do for their health is to stop smoking. There is more help and support available now than ever before. The introduction of standardised packs removes the glamorous branding and brings health warnings to the fore and e-cigarettes, which many smokers find helpful for quitting, are now regulated to assure their safety and quality.”.

“While it is amazing that there are over twice as many ex-smokers as current smokers in England there are still over 7 million people regularly lighting up.

Alongside unhealthy diet, smoking is the biggest cause of preventable early death in England, accounting for over 78,000 deaths a year. Quitters will soon see they have reduced blood pressure, easier breathing and better circulation. Stopping smoking is the best thing a smoker can do to improve their health.”

There is a range of free support that can go direct to your phone, laptop or tablet via the Stoptober app, a daily email service or Facebook Messenger bot. The new Stoptober website also has advice and information on stop smoking services and quitting aids.