Fibroids
This article by a fibroids expert answers questions such as "What are the symptoms of fibroids?" and "Is there a link between fibroids and miscarriage?".

Uterine fibroids are benign tumours or growths affecting the uterus. Fibroids are not composed of fibrous tissue at all, but instead a single muscle cell starts to grow and replicate itself many thousands of times over, creating a firm muscular tumour with some associated new blood vessels and supporting tissues within it.

How common are fibroids?

Fibroids develop in up to 77% of women but only a quarter of fibroids will cause symptoms. If there are no symptoms there is no need to worry about fibroids.

What are the symptoms of fibroids?

Fibroids can cause a variety of symptoms, the most common being heavy and painful menstrual periods. Sometimes there are cramps as the uterus tries to expel the fibroid with painful contractions. For more information on the symptoms of uterine fibroids please click here.

Over the counter pain relief is not working for my fibroids, is there any other treatment?

Yes, there are medically proven treatments for both pain and heavy bleeding in women with fibroids. The mainstay of treatment is a non-steroidal anti-inflammatory drug called mefenamic acid and another drug called tranexamic acid which reduces blood loss. Reducing oestrogen levels using a class of drugs called ‘gonadotrophin-releasing hormone agonists’ will help to shrink fibroids and reduce periods, but does cause menopausal-like side effects. There is a new selective progesterone receptor modulator on the horizon which will achieve the same thing but without the side effects. This drug does not yet have a licence for use in the UK, but it is likely to be granted around spring 2012.

What can I do about fibroids that make my period pains worse?

Mefenamic acid is a painkiller and anti-inflammatory and is very good for period pains caused by uterine fibroids.

Can fibroids stop or decrease the chances of getting pregnant?

Yes. Submucous and intramural fibroids have been shown to reduce the chance of getting pregnant by up to 50%.

Is there a link between fibroids and miscarriage?

Yes, there is a clear link between fibroids and miscarriage. Submucous and intramural fibroids in particular have been linked with increased miscarriage rates.

Do fibroids increase the chances of an “angry uterus”/endometriosis?

No. There is no link between fibroids and endometriosis, however both are relatively common conditions and it is not unusual to find both conditions co-existing in the same patient.

In theory, malignant change in a fibroid is possible and has been used as an excuse for removing fibroids in the past. Statistics from Australia show however, that less than one woman in a million develop a cancerous fibroid each year. We believe that the figures are similar in this country. However if a fibroid is growing very rapidly, the possibility of removal should be considered and some of the modern imaging techniques which can detect a potential malignancy should be employed.

Can you avoid having a hysterectomy when you have large fibroids?

Many women are keen to avoid hysterectomy and drug treatment can sometimes shrink fibroids reducing the impact of the symptoms of larger ones. Uterine artery embolisation / uterine fibroid embolisation may also be useful in some cases as an alternative to hysterectomy. However, if your family is complete, most women recover from a hysterectomy very quickly and are often very relieved to have had the procedure done. A laparoscopic subtotal hysterectomy has a very low complication rate and women recover from this operation extremely quickly. 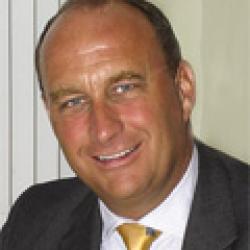 Consultant Gynaecologist
What is involved in Uterine Fibroid Embolisation (UFE)?