Inflammatory bowel disease (IBD) is the name given to a collection of otherwise unexplained symptoms relating to a disturbance of the digestive system, and which includes ulcerative colitis (UC) and Crohn’s disease (CD). It is a recurrent chronic disorder, and neither the process by which it originates and develops nor the precise effects of the disease on the body are completely known, however it is thought that they involve both genetic and environmental factors.

There are currently a number of different treatment options available and these are primarily based on three major therapeutic groups of drugs called salicylates, corticosteroids and immunosuppressants. Salicylates and corticosteroids work by their anti-inflammatory effects and immunosuppressants by dampening down unwanted immune response. A new class of drugs known as biologicals (such as adalimumab and infliximab) have also recently been introduced and these provide some significant benefit.

The goals of any treatment for inflammatory bowel disease are of course the rapid induction of clinical remission, then steroid-free maintenance of this clinical remission, together with avoidance of complications and hospitalisations, and the overall improvement of health-related quality of life. However when treating IBD there is often a trade off with the various treatment options available between how safe and how effective they are and the associated side effects. With the newest agents mentioned above, possible side effects encompass significant complications such as severe sepsis, opportunistic infections such as tuberculosis and fungal infections and development of tolerance. There also is a suggestion of an increased lymphoma risk with long term use. However these agents have shown improved mucosal healing, are associated with less usage of corticosteroids as well as fewer surgical interventions and significant improvement in quality of life.

With ulcerative colitis (UC), 80% of cases are controllable with the standard drugs such as mesalazine (trade name Asacol®), and corticosteroids either orally or as local application. The cumulative risk of colectomy after the diagnosis of ulcerative colitis can be estimated at 15% at 10 years. About 15% of patients become steroid dependent or steroid resistant. Of these 80% can be maintained in remission by using the immunosuppressant drugs. In acute UC about 40% of patients will require a colectomy, despite the use of much stronger medications such as cyclosporine or infliximab. This still leaves the group of patients with chronic relapsing UC requiring colectomy. These patients either receive long term corticosteroids or biologicals with their associated potential side effects.

The above therapies all work by modulating the unwanted immune response, (which is called ‘immunomodulation’) and as we have seen, this can achieve all of the therapeutic goals for IBD albeit with the side effects associated with such treatments – as discussed above. However, a new therapeutic treatment that involves the actual removal of unwanted white blood cell activity rather than simply modulating it, (which in medical speak is called ‘selective granulocyte monocyte apheresis’ or GMA apheresis) is causing considerable interest due to its safety profile.

What is the background for GMA?

Although the factors causing the first onset or relapse of IBD are not completely known, there is clear information that suggests that acute attacks are linked to an increase in the number of white blood cells associated with an over aggressive immune response, and leading to the usual symptoms of IBD. As a result of these cells infiltrating the intestinal mucosa or the gut wall, inflammation occurs that in turn gives rise to tissue damage. During selective granulocyte monocyte apheresis, the adsorptive carriers deplete from the passing blood most of the activated white blood cells whereas beneficial lymphocytes are spared. Thanks to its mode of action, GMA apheresis offers a therapeutic alternative to supplement the standard IBD treatments.

How is selective GMA performed?

The patient’s blood is drained from a vein in the arm and passed through a special column (called Adacolumn) that removes the unwanted white blood cells and their products. The patient’s blood is then returned to a vein in the other arm. The session lasts for approximately one hour and the most common regimen is one session per week for five consecutive weeks. The drug heparin is administered to prevent blood-clotting during the procedure.

Routine laboratory tests that determine how well treatment for IBD is working reveal a reduction in all of the important markers for the disease, including C-reactive protein, and globular sedimentation rate among others, in patients treated with GMA apheresis. Furthermore, there seem to be a number of additional benefits associated with this therapy as other aspects of the disease process are also apparently dampened down, leading to a reduction in symptoms and considerable improvements in overall health related quality of life.

This new therapy has been EU licensed since 2000 and NICE (National Institute of Clinical Excellence) has given permission for this treatment to be used in selected, steroid refractory cases and in hospitals with appropriate expertise in the technology. Queens Hospital in Romford uses this treatment in a carefully selected group of patients. Please be aware that in the case of NHS patients this is a special treatment and therefore patients are advised to obtain prior permission from their own PCT (Primary Care Trust) for funding before referral to any centres where this treatment is available. 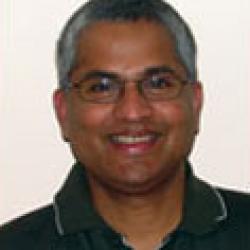 How was the cause of IBD discovered?

Is Inflammatory Bowel Disease (IBD) a cause of bowel cancer?

Millions of children to be vaccinated against diarrhoea and pneumonia

How much prune juice should I drink?

Children with Inflammatory Bowel Disease are less fit than their peers

Consultant Physician and Gastroenterologist
How can you treat chronically active Crohn’s disease?