How was the cause of IBD discovered?

The cause of inflammatory bowel disease (IBD) has been demonstrated to be associated with a defect in a gene that affects the interaction between gut bacteria and mucus layer cells.

TUM doctors discover cause of IBD

Scientists at the Technical University of Munich (TUM) have identified a mechanism that triggers a problematic interaction between intestinal bacteria and cells in the intestinal mucus layer in XLP2, a condition associated with IBD.

Chronic inflammatory bowel disease (IBD) is becoming increasingly widespread. Until now, however, the underlying causes of the inflammation responses were unclear. The team believes that the results can be applied to other intestinal diseases and could offer approaches to the development of new drugs.

The billions of bacteria living in the human gut – known collectively as the microbiome – are of enormous importance. They help with digestion, among other functions. Consequently, the immune system in the gut must be extremely well regulated: It should fight only harmful pathogens without attacking useful microorganisms. However, this fine balance can be disrupted by various factors. 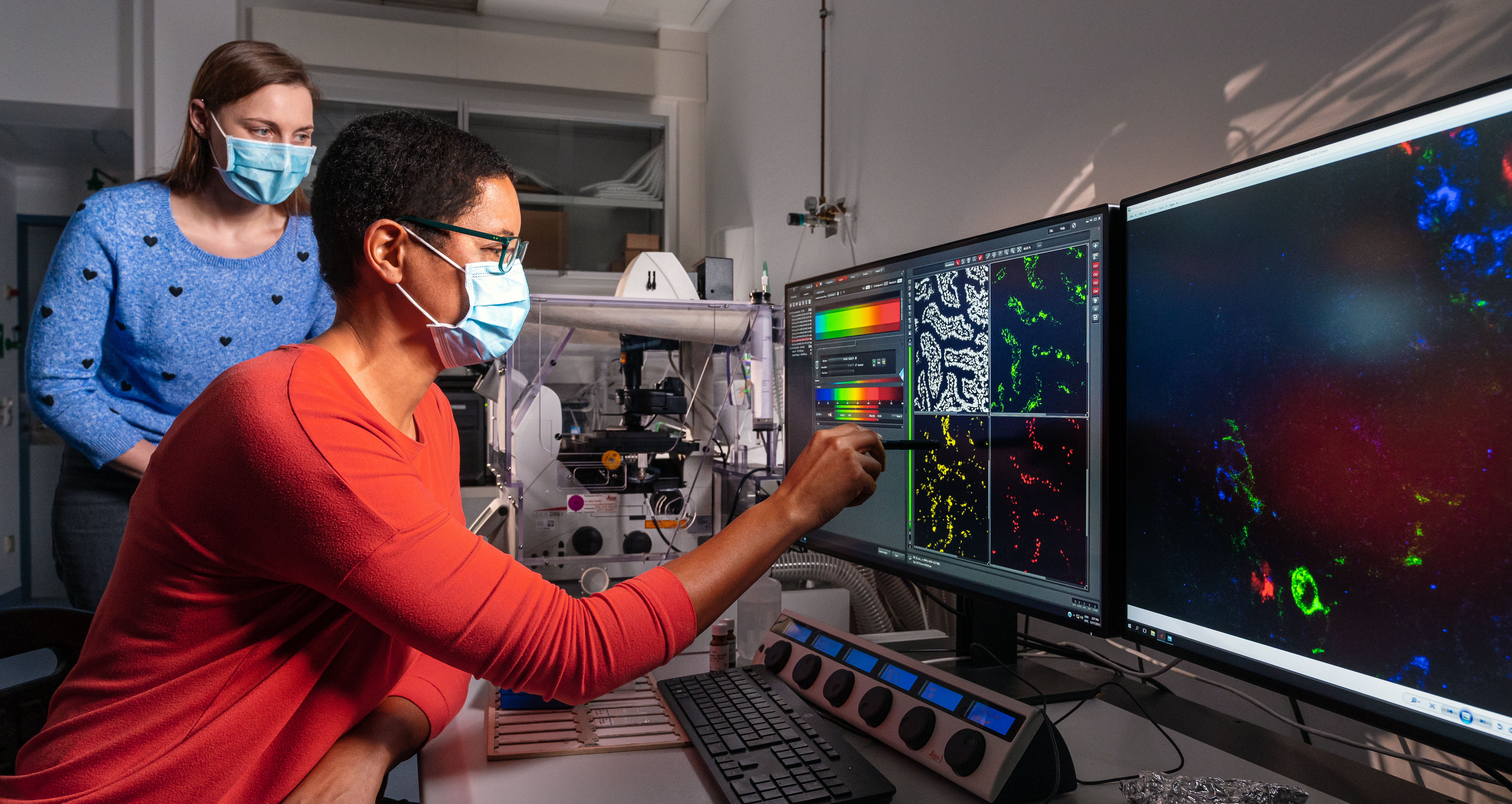 A defect in the gene XIAP, which causes the rare disease XLP2, results in chronic inflammation of the bowels in 30 percent of all cases, among other symptoms. Babies with this genetic defect often display serious symptoms such as diarrhea, abdominal pain, weakness and weight loss soon after birth. Until now, scientists have been unable to understand the underlying mechanism or discover effective treatments – apart from stem cell transplants, which involve a high risk of mortality.

Overreaction of the innate immune system

The team headed by Dr. Monica Yabal (feature picture), Adam Wahida and Madeleine Müller of the Institute for Molecular Immunology and the Clinic of Hematology and Oncology of TUM, have identified the mechanism behind the inflammation response and learned how it becomes 'chronic'. “The innate immune system overreacts to microbes in the gut,” says Yabal. The immune system in healthy people eliminates bacteria that cause illness and then returns to its resting state. But in some XLP2 patients, a fatal chain reaction begins:

Paneth cells produce anti-bacterial substances and are essential for maintaining the balance of the microbiome.

Every person has toll-like receptors (TLRs) that use unique structures such as molecules in the cell wall to identify harmful microbes. When a TLR binds a molecule, a signal activates the immune system to eliminate the pathogen. However, this does not work properly in XLP2 patients. Instead, the signal causes cells known as Paneth cells to die, resulting in a "vicious circle". This is because the Paneth cells in the gut mucus layer produce antimicrobial substances and thus ensure a bacterial balance in the intestines. The loss of those cells changes the composition of the microbiome. Beneficial bacteria such as clostridia are attacked and can no longer perform their regulatory role, and this in-turn causes still further inflammation.

Patients with chronic bowel inflammation have been treated for many years with drugs that inhibit TNF receptors. However, these molecules are not very specific. “Our experiments show that it would be better if we had a selective inhibitor for the TNFR1 receptor,” says Yabal. It also remains unclear why some people respond very well to this treatment while others show no response at all. Consequently, the team would now like to turn its attention to the adaptive immune system, which learns throughout an individual’s lifetime through contact with pathogens and forms special antigens, and also study its special role in the gut.

The study was funded by the European Research Council (ERC), the German Research Foundation (DFG), the Austrian Research Promotion Agency (FFG) and the German Center for Infection Research (FFG).

Is Inflammatory Bowel Disease (IBD) a cause of bowel cancer?

Millions of children to be vaccinated against diarrhoea and pneumonia

How much prune juice should I drink?

Children with Inflammatory Bowel Disease are less fit than their peers

Consultant Physician and Gastroenterologist
How can you treat chronically active Crohn’s disease?