The type of radiation used in radiotherapy for cancer is called ‘ionising’ radiation. This form of radiation, in the right dose will kill all living cells, but cancer cells are particularly susceptible. The trick therefore is to deliver the right dose, to the correctly identified affected areas (focal) even when presented with a moving target such as the heart or lungs.

Over the last twenty years, focal radiation therapy (the exact deposition of high doses of ionising radiation on tumours) has developed to a highly sophisticated degree. Not only can therapeutic doses of radiation be placed focally on the targeted tumour but, at the edge of the target, the dose falls from high dose to small dose very rapidly. This means that tumours that were not otherwise killed by standard radiation therapy can now be ablated without collateral damage to the adjacent normal tissues and organs.

In the beginning, these methods were confined to treating the head where sophisticated modern technology such as Gamma Knife®, which is a form of focal radiation therapy for the brain, has now become a routine treatment. Gamma Knife® is now frequently used to cure selected cases of brain arteriovenous malformation (AVMs), meningioma, cranial (especially acoustic) neuroma, pituitary tumours, other benign growths of complicated malformations and a highly selected group of malignant tumours (e.g. oligometastatic disease - or early spread of cancer to the brain). Please see the article by Dr Ian Sabin.

Most of these conditions in the brain are well treated by CyberKnife® and also where the same conditions occur in the spine.

Curing other forms of cancer

Until recently however such sophisticated technology was not available for parts of the body below the head. The stereotactic (three dimensional planning coordinate) methodology was limited to the cranium due to the inability at that time for ‘real time imaging’.

Enter: CyberKnife® – a focal radiation therapy technology that also maps the target by “real time imaging” of either the target itself or relative to medical markers. The markers used are called ‘metal fiducial markers’. These are pre-located around or within the tumour or adjacent structures such as the spine or cranium.  For those structures that move as in the case of  respiration (breathing), the computer software can track such movements thanks to the real time imaging that is occurring during the respiratory cycle.  Hundreds of pencil beams aimed from various “node stations” located on a virtual sphere around the patient all concentrate the radiation on the target. This dosing is accurately delivered to exactly conform with the high dose deposition required around and within the perimeter of even the most irregular shaped target. As previously stated, there is also a fast dose fall off at the edge of the tumour, which means that healthy tissue is safe guarded. Therefore, tumours either in the head or body can now be accurately pinpointed and receive a high sterilising radiation dose.

CyberKnife® as a standalone treatment

CyberKnife® can be used as a standalone treatment and cure for some tumours.  The head (cranial) tumours listed above have high success rates, and, as stated above, those same tumour types that occur in the spine may now also be treated. These spinal treatments were previously impossible due to the complexity of the surgery that would otherwise be involved.

Within the body radical curative CyberKnife® treatment can be delivered to stage 1 small lung cancers for which orthodox surgery may not be possible.  There is a large interest in this technique for the following types of cancer:

Otherwise inoperable pancreatic cancers that have no signs of spread.

Other tumours/cancer which have responded (or not) to orthodox chemotherapy/radiotherapy but remain as a viable cancer residuum. (Only tumours smaller than 8cm in diameter).

In the latter case modern imaging (often including PET) is used to refine the diagnosis of what cancer material still remains and, indeed, help in the mapping of the lesion for treatment.

When CyberKnife® should be used in conjunction with other treatments

Metastases (spread of cancer) to difficult single sites may be well treated by CyberKnife® (see what can and cannot be treated) but patients with multiple sites of cancer will also need systemic therapy (treatment that circulates all around the body. These methods include chemotherapy, hormone therapy and molecular based therapeutics.

It is foreseen that CyberKnife® may be later useful if single bulky sites of disease fail to remit on systemic therapy.

For further information on the author of this article, Senior Consultant in Clinical Oncology, Dr Nick Plowman, please click here.

A group of veins and arteries with abnormal connections between the two. Full medical glossary 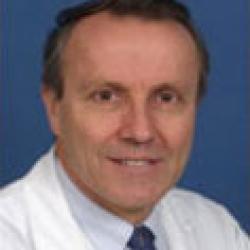 The sky’s the limit in Cyberknife® and cancer care

CyberKnife® revolutionary radiosurgery – what can and cannot be treated

CyberKnife® is here to stay