Reconstructive Surgery
Osteoarthritis
Hip conditions
This article has been prepared by an expert hip surgeon to help patients to find all of the options available to them if they need a hip operation.

What are the latest surgical options for hip replacement?

This article explains and summarises some of the latest thinking with respect to hip replacement surgery. There are different schools of thought and anyone considering this operation would be advised to read on as it will enable a conversation with the doctor to decide on which method might suit best. Somewhat unbelievably, there are over 200 manufacturers of different hip replacements and their advertisements appear in places as diverse as the supermarket through to magazines. So what's hype and what's hip?

The different types of hip replacement

The success of total hip replacement was initially due to the pioneering work of Sir John Charnley forty years ago. After several failed designs he developed what then became the standard cemented hip replacement: a cemented plastic socket combined with a cemented metal stem. Over the past 40 years, there have been many improvements in both the materials and the methods used to hold the components in place. Today, the most commonly used bone cement is an acrylic polymer called polymethylmethacrylate (PMMA).

Charnley's concept was to use a relatively small diameter ball (22mm) to reduce friction and therefore stresses which might cause loosening. The secret of his success lay in the fact that he refused to allow Orthopaedic Surgeons to use his implants until they had been personally trained to do so, thus ensuring they performed the operation correctly with appropriate attention to detail (the secret to most surgical procedures). Unfortunately a small percentage failed (which is still the case today). One problem was bone resorption adjacent to the cement which in the 1970s was known as 'cement disease'. This was erroneously attributed to the cement and led to the development of uncemented hip replacements. Cement disease was in fact due to microscopic plastic particles wearing and drifting off. Therefore other combinations (articulations) have been used (metal on metal bearing; ceramic on ceramic). However, the newer plastic sockets produce less wear than the original and therefore metal on plastic hip replacement is still a very good option.

Ceramics are several times harder than metal and wear is minimal (and hence produce much fewer wear particles). However, ceramics are brittle and early designs sometimes broke although the newer designs are now much more durable. The ceramic socket cannot be cemented into the pelvis and is fixed in a metal uncemented shell which press-fits into the natural hip socket. Unfortunately a small percentage (1 or 2) of ceramic bearings emit an audible squeak!

A metal ball articulating with a metal socket was the first ever total hip replacement (implanted by the surgeon Philip Wiles at the Middlesex Hospital, London, in the 1930s). Metal bearings wear less than plastic but still generate wear particles and also release metal ions which can cause inflammation and complications for a small percentage of patients. Recently there has been some concern that metal on metal hips may be linked to bladder cancer, although the evidence is, as yet, unproven.

Charnley's successful metal on plastic hip replacement had the smallest diameter (22mm) of any design of hip replacement (then and now). Small diameters result in less friction but are more likely to dislocate. So a larger diameter ball is desirable both for stability (i.e. less likely to dislocate) and for greater range of movement. However, larger balls have a larger surface area and therefore generate more wear particles (which is bad) although the newer materials make this less of a problem. The popular larger diameters were 28 and 32 millimetres, but with more wear resistant components even larger diameters can now be used, e.g. 36 millimetres and above.

What is resurfacing as opposed to total hip replacement?

A technique known as resurfacing has been introduced since the mid 1990s. Some would argue that the term is a bit of a misnomer as considerably more than simple resurfacing is performed. A resurfacing hip replacement is still a total hip replacement in that both sides of the joint are replaced (a new socket in the pelvis and a new ball on the femur). As the femoral head is retained and resurfaced, less bone is removed but only on the femoral side (not on the socket side). Resurfacing hip replacements are always made of metal and therefore have a metal on metal bearing. Because the femoral head is resurfaced the diameter of the ball is large - anything upwards from 40mm - according to the size of the patient's bony anatomy. Resurfaced hips are therefore very stable, allow excellent range of movement and have low wear rates. 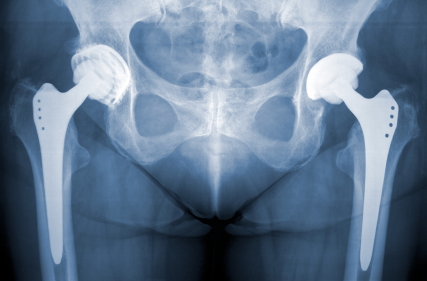 The popularity of this method of treatment has increased due to marketing and national press publicity, however, there are two inherent problems. Firstly, there is an approximate risk of femoral neck fracture of about 1%, a complication unique to this procedure (because the head and neck are retained). Secondly, some patients (again about 1%) can have a local reaction to Chromium and Cobalt ions released from the bearing surface which can cause local inflammation and pain sometimes necessitating revision of the implant (removal and replacement with a more standard hip replacement). Recent media attention has called for the metal on metal replacements to be banned but the MHRA (Medicines and Healthcare products Regulatory Agency) have recommended that patients with metal on metal hips be followed up on a regular basis. Most patients with these implants will not have any problems but a simple follow-up with an Orthopaedic Surgeon with MRI or CT scans and a blood test can quickly reassure patients who are worried about having the metal bearings.

Furthermore, resurfacing hip replacement does not do so well in women over the age of 50 to 55 although it is a good option for physically active males to the age of about 60 years. Furthermore there has been recent concern for women of child-bearing age who have this type of hip replacement as the Chromium ions do cross the placenta and theoretically may possibly affect the foetus (although no actual cases have been reported to date).

This type of hip replacement is essentially a resurfacing hip replacement in which more femoral head is excised (the logic is that most of the femoral head is abnormal in any case and the new metal head can be more accurately positioned over the femoral neck). The stem is longer and may reduce the risk of femoral neck fracture. No long-term results on these implants are available although early results indicate they are as good as the original type of resurfacing implant.

A few years ago the international press widely publicised this option which used either one or two incisions less than 10 centimetres (4 inches) in length. However, subsequent publications have highlighted some unacceptable complications if a surgeon struggles to insert a hip replacement through a tiny incision (unrecognised fractures, malpositioned implants). The basic concept of a small incision is worthy but the most sensible approach is for the surgeon to insert the hip properly through the smallest feasible incision without jeopardising the outcome. The advantage of smaller incisions is a slightly shorter hospital stay and more rapid rehabilitation, although there is no long-term advantage apart from a smaller scar.

Can computers now help the surgeon?

Recently computer guided surgery has been developed in order to assist the surgeon in correctly positioning the components. However, this adds time to the procedure and a competent hip surgeon will not benefit significantly by its use as a routine. However, it probably does have a place in more accurate positioning of a resurfacing hip replacement, particularly the resurfacing head. Poor positioning of resurfacing hip components can lead to femoral neck fracture and are a factor in generating excessive wear particles and Chromium ions which can cause the problems described earlier.

Femoroacetabular impingement or FAI is a condition of too much friction in the hip joint.  Basically, the ball (femoral head) and socket (acetabulum) rub abnormally creating damage to the hip joint.  The damage can occur to the articular cartilage (smooth white surface of the ball or socket) or the labral cartilage (soft tissue bumper of the socket).The concept of FAI was first reported shortly after the millennium. It is therefore a new diagnosis and has aroused great interest as a cause of hip pain in younger adults. The impingement is due to abnormal anatomy of the femoral neck and/or hip socket which catches (impinges) at the extremes of certain movements. This causes localised overloading of the joint and can damage the labrum (the cartilaginous ring of tissue at the periphery of the hip socket - similar to the meniscus in the knee) as well as damage the articular cartilage leading to premature osteoarthritis (wear and tear arthritis). The age range affected by this type of impingement is from teenagers to middle age. If FAI is suspected clinically, the diagnosis is confirmed by x-rays and an MRI arthrogram (MRI scan taken after injecting the hip joint with a specific dye). Conservative treatment consists of physiotherapy and modification of activities. If this fails and symptoms persist, then consideration should be given for a hip arthroscopy and/or open trimming of the bony abnormality causing the impingement.

What is hip arthroscopy?

Arthroscopy is the internal inspection of a joint by inserting a small telescope. The procedure allows direct inspection of the joint surfaces and internal structures and treatment of many conditions at the same time. Knee arthroscopy has been carried out for more than 30 years and is a highly developed technique. However, the knee is a superficial joint whereas the hip is one of the deepest joints in the body. Hip arthroscopy is therefore technically much more difficult and is a fairly major undertaking as its ball and socket shape means that the joint has to be partially dislocated to allow insertion of the arthroscope and various instruments. Hip arthroscopy was developed in the 1990s but only recently has the technique been improved and refined so that is a valid option for assessing and treating some hip problems (e.g. FAI - see above).

Although the hip is a simple ball and socket joint and replacing a diseased joint is a common operation with very high satisfaction rates, there is no single best implant. Each design has its own merits and disadvantages. The original Charnley hip replacement was a very successful operation for the vast majority of patients. However, it is the nature of competing manufacturers to try and improve their designs. Unfortunately, this does not always translate into a better hip replacement and some caution has to be exercised.

Research and developments continue but it is difficult to improve on what is already an excellent operation for those who need it. If you are considering a hip replacement then you should see a competent and experienced surgeon who can advise whether or not an operation is required and which implant is most appropriate. 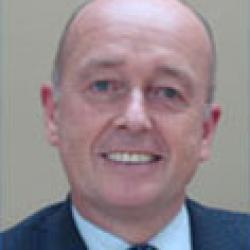 Consultant Orthopaedic Surgeon
Metal on Metal Hip Replacements – should I be concerned?

Consultant Orthopaedic Foot and Ankle Surgeon
Metal on Metal Hip Replacements – should I be concerned?

Consultant Orthopaedic Foot and Ankle Surgeon
What is podiatry?

Consultant Podiatric Surgeon
What causes bunions and what are the possible treatment options?