Reconstructive Surgery
Knee conditions
This article, by an expert Knee Surgeon, explains the different types of knee replacements that are available to patients today. This will be of help to any patient contemplating knee surgery who would like to know what the options involve.

Total knee replacement has become an increasingly frequently performed procedure and although it has always been perceived as lagging behind total hip replacements both numerically and in terms of results, there are now more knee replacements performed annually in the UK than total hip replacements. The knee joint is undoubtedly a more complex joint than the hip and results in terms of function and satisfaction have to be considered in the light of this. This article will seek to clarify the current position regarding:

In the most recently published report there were 54 different types of total knee replacement being used in the UK although 3 makes represent 60% of the overall number. The majority of these replacements conform to a very similar design and are predominantly a surface type replacement and the relatively few hinged type prostheses tend to be used only in specific circumstances, including very unstable knees or in revision surgery.

Much of the widely held concern regarding long term results of knee replacement is based on problems associated with hinge replacements in the past, which by their constrained nature led to higher instances of loosening and fracture than would be the case of the more current prostheses.

I will discuss briefly a few areas of design that are particularly relevant.

In hip replacement this is a discussion that is regarded as a major issue but in knee replacement it would appear this is much less of a significant issue.

The majority of knee replacements in the UK are cemented and apart from a very small number of people who may have some potential allergic type issues related to cement, there is very little evidence to suggest that there is any difference between results of uncemented or cemented prostheses.

One of the most significant reasons for failure of the prostheses is wear of the polyethylene insert leading to aseptic (non-infected) loosening of the metal components. By using a mobile type bearing, the amount of wear of the polyethylene may be reduced. However, in clinical practice there has been little evidence to demonstrate a difference between the results, either functionally or in the long term.

The majority of implants are made of cobolt chrome and/or titanium, other materials are being assessed and these include oxidised zirconium.  The aim is to find a material that will reduce friction within the joint and thereby reduce wear and loosening.

My personal view is that all of these replacements, be they total or partial, are joint replacements with their attendant risks and benefits. I do not think that the line: “It is only a partial replacement” has any relevance. My view is that you should first of all assess the patient in terms of individual symptoms, clinical findings, quality of life and functional disability as this should determine whether or not a joint replacement is indicated.  Having made that first decision, then the options of a total joint or partial replacement can be considered.

There are other designs and types of replacement that have been promoted.  Currently there is a lot of marketing towards gender specific knee replacement on the basis of the anatomical difference between the male and female knee. Although there may be some benefits conferred in a small proportion of patients, the general consensus is that this represents more of a marketing position than necessarily providing a huge benefit in terms of results or long term benefit. The jury remains out on this particular development.

Over the years there have been attempts to avoid replacement by using inserts within the joint to protect the surfaces and try and prevent pain. Unfortunately despite advances in the design of these, the results to date have been generally disappointing and unless more promising results are forthcoming, I think they should be regarded as experimental and a “work in progress”.

There have been moves both with hip replacements and knee replacements to minimise the soft tissue damage during the course of surgery by performing so-called minimally invasive surgery. The nature of knee replacement prostheses mean this is difficult to achieve but there is no doubt by reducing surgical exposure recovery can be quicker. Instruments have been designed to facilitate this process and although knee replacements are not truly “minimally invasive” they are less invasive. The  length of stay has been much reduced over the years, which is no doubt of considerable benefit as it minimises risks inherent in longer term hospitalisation. It is possible to imagine that  ultimately but current replacements could be performed as either day cases or at least very short stays.

Knee replacements are primarily designed to relieve pain and allow improvement in mobility. However, as the expectations of recipients of knee replacements increase there is  greater demand  being put on the prosthesis. It is my opinion that a knee replacement is entirely satisfactory for lower impact activity such as golf and doubles tennis and many patients manage to ski following a knee replacement. I do not believe that higher impact activities on a regular basis, such as running, is sensible. The risk of early loosening and wear is such, that, in my opinion running and jumping as well, should be avoided. Patients are often concerned about kneeling but there is no reason that this should be avoided although some patients find the sensation of kneeling can be quite uncomfortable. We are often asked whether their replacements set off alarms at airports, this is very variable but with increasing security and sensitivity it does appear that more and more frequently airport security alarms are set off at airports.

I do believe that knee replacements offer significant quality of life improvement in appropriately selected patients but the complexity of the joint does mean that direct comparison with hip replacement is probably misleading. I do believe there is a significant place for partial replacements but the indications and indeed contra-indications have to be very carefully adhered to. There are ongoing developments in all aspects of knee replacement surgery but the conventional design of total knee replacements have served their purpose well for many years with good long term replacement survival rates and good function.  It is with caution we should move away from the current established designs without good evidence of short and long term benefits. 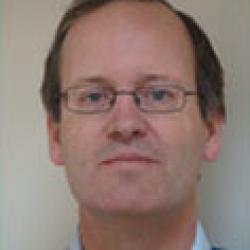 Consultant Orthopaedic Foot and Ankle Surgeon
Metal on Metal Hip Replacements – should I be concerned?

Consultant Orthopaedic Foot and Ankle Surgeon
What is podiatry?

Consultant Podiatric Surgeon
What causes bunions and what are the possible treatment options?