Asthma
Allergies
This article discusses the benefits of treatment for allergy and focuses on immunotherapy, a technique whereby the immune response is altered to prevent ongoing allergies.

According to the British Allergy Foundation, one in three people in the UK suffer from an allergy at some time in their lives with numbers increasing year-on-year. An allergy, as opposed to an intolerance, is a reaction produced by the immune system when the body comes into contact with the allergenic substance. The immune system produces an antibody, immunoglobulin E (IgE), to fight off the allergen in the same way that it would fight an infection leading to a number of chemicals being produced including histamine. When histamine is produced this can cause tightening of muscles and increased mucus production. Treatments for allergies include immunotherapy, to correct the immune system; and steroid treatment, as a potential cure. The types of immunotherapy treatments and the way in which they work can be read below. 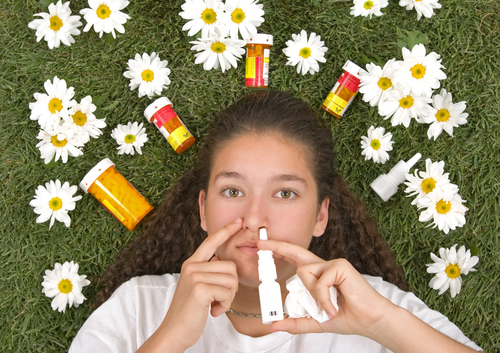 The most dangerous situation with an allergic response is anaphylactic shock, or Type 1 hypersensitivity allergic reaction. This happens when the body mounts a massively disproportionate immune response to what it thinks it recognises as a foreign invader (an allergen). Antibodies play a crucial role in the immune system as molecules responsible for recognising infectious or dangerous particles and then managing an appropriate response to deal with the situation.

The antibodies are divided into different classes depending on such things as their relative structures, function and where in the body they are predominantly found. The class of antibodies generally involved in, but not restricted to, severe allergic reactions are IgE antibodies. These antibodies are found on Mast Cells in the skin and mucosal linings (such as the gut and lungs). The IgE antibodies are responsible for activating these mast cells to release chemical and biological warfare on invading material. If antibodies are the ‘target finders’, then Mast Cells are the ‘ammunition dumps’.

Mast Cells contain highly biologically active ingredients that help the body to mount a defence against foreign invasion. This is a good thing and is all part of our natural defence against things such as infectious bacteria. However, in some circumstances these cells overreact and ‘degranulate’ and in ‘true anaphylaxis’ they spill their contents out in one go.

This is not good news as it causes severe collateral damage. Too many of these biologically active agents and they suddenly become self-harming. In very severe cases the subsequent drop in blood pressure and obstruction of the air passages (bronchoconstriction) can lead to death in a matter of minutes if left untreated. In the United States, it is known that between 1 and 16% of the population are at risk. Some of the worst offending allergens include bee and wasp venoms in insect stings. Of the people who experience true anaphylaxis up to 1% die of this condition.

A much commoner and in some cases equally debilitating condition is severe allergic rhinitis. This may be seasonal if due to pollens, or all year round if due to dust mites or pets. Patients who do not respond to maximal medical therapies with oral antihistamines and topical steroids can be seriously affected, not just with the nasal symptoms of sneezing, itching and nasal congestion, but also with difficulty sleeping and concentrating; examination performance can be significantly impaired.

In these cases it is clearly preferable to correct the immune system and this medical approach is called ‘immunotherapy’. Finding the right method to prevent and manage this situation has been a challenge and since 1986, when the Committee on Safety of Medicines raised concerns about the safety of injection immunotherapy, this practice almost entirely stopped in the UK. Subsequently, the practice of immunotherapy has been hospital-based and there have been no fatalities since.

There are now very good British and international clinical trials of the safety and efficacy of newer products and regimes, and new approaches to the problem of intractable severe allergies. We also understand how they work; it is always reassuring to have an intellectually respectable scientific basis for treatment, as well as evidence-based clinical data.

Allergic diseases have been increasing world-wide over the past twenty years, and we can now offer a potential cure in selected cases. One commonly used alternative treatment in the past for severe cases has been depot steroid injections, but the major adverse reaction of damage to the hip (avascular necrosis of the femoral head) has considerably reduced its acceptability. 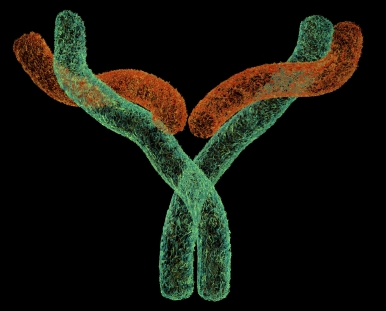 The immunotherapeutic approaches pioneered in London over the past century are now widely used around the world. These therapies are now accepted as the gold standard approach.

Immunotherapy treatment is only available for airborne allergens – no food desensitising preparations exist to date. ‘Airborne’ is taken to include bee and wasp venoms, and is effective for grass and tree pollens, housedust mite, cat, dog and horse danders. Licensed preparations in the UK are currently restricted to pollens and venoms only.

Injection immunotherapy is administered subcutaneously, initially in doses of allergen extract too small to evoke an allergic response, and increasing over several weeks to a high maintenance dose that induces a form of tolerance (the immune system does not respond to the allergen). Experience is needed to select patients who will benefit from such immunotherapy. The selection criteria (indications) include:

Treatment is not suitable for:

Injection immunotherapy practice is hospital based in the UK. Resuscitation equipment including oxygen, defibrillators and drugs must be immediately available. The extracts used must be biologically standardised and stored appropriately. The actual procedure is a straightforward subcutaneous injection, usually in the upper arm, but careful surveillance is needed for the subsequent hour.

Side effects are few, but sometimes include local late phase reactions (swelling, erythema) at the injection site. Systemic reactions (affecting the rest of the body) are rare, but may happen if the doses are increased too quickly, or if the patient has a cocurrent infection or response to another allergen at the time.

The classical course involving up-dosing and maintenance with 40 injection visits over three years can be reduced somewhat using a ‘semi-rush’ (double weekly injections) up-dosing schedule. This faster approach has been validated by recent clinical trials. This can be further sped up by using a type of injection that boosts the response (adjuvantised).

Adjuvantised injections allow for just four injection visits every year for three years. These multiple hospital attendances appear onerous, but can be made more socially acceptable by having early-morning, evening or weekend clinics.  The financial and time commitment has clearly been worth it to very many patients around the world, particularly in the USA and Europe where this therapy is wide-spread and popular.

Sublingual allergen desensitisation immunotherapy is a method using a liquid or tablet placed under the tongue, and only requires the first dose to be administered under hospital supervision. The course starts well before the pollen season, during the winter. Side effects of the grass pollen allergen disc have included local itch and swelling under the tongue – the patient should be warned to allow the product to dissolve under the tongue (a second or two in practice) and not to swallow the disc as this is not effective and can lead to uncomfortable and potentially dangerous throat (pharyngeal) symptoms. The mild short-lived itch and swelling may often happen on subsequent occasions, but these rapidly become tolerable and the discs are taken daily at home for up to three years for full effectiveness.

Another approach, which is not allergen-specific, is to use injections of a monoclonal antibody against IgE itself (omalizumab, Xolair). This is surprisingly effective and long-lasting in selected patients with allergic asthma, as it seems both to reduce the allergen-specific IgE in the blood and also to down-regulate the IgE receptors on the responding cells. The dose is based on the circulating level of serum IgE, and is currently only recommended in asthma.

All of these new therapies for allergies are expensive, both because of the intrinsic cost of their formulation and because of the historic costs of clinical trials to obtain a product licence (the clinical trials for hayfever immunotherapy in the UK were the largest ever trials for this procedure). Regrettably, NHS commissioners in Primary Care Trusts are rarely prepared to fund these treatments, even for carefully selected patients in specialist centres. The medical insurance industry is also unwilling to fund insured clients for the lengthy and expensive course of therapy for what is perceived as a chronic condition.

The courses cost over a thousand pounds a year for up to three years, and this is a considerable sum for these credit-crunch-conscious times. However, creative approaches, such as treating patients in groups (as happens in most NHS clinics) and spreading the costs over the total period rather than all at the outset, can make it more affordable and acceptable. Investing in your own health can give a better return than financial products, and with less risk nowadays. 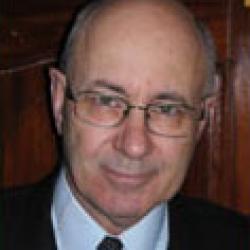 Asthma patients are not at greater risk from COVID-19

Amyloidosis - a fatal overproduction of antibodies

Insomnia may cause asthma

Hospital admissions for allergies increased by a third in five years