A new allergy screening test based on a nose sample

The new test will potentially be more effective at finding the cause of the allergic misery, and especially in children, may remove the need for unpleasant skin pricks and blood tests.

The new test detects the actual antibodies responsible for causing the over-reactive immune response. These allergen-specific antibodies that are present in nasal secretions are a sub-group known as IgE, which is short for immunoglobulin type E. These type of antibodies are commonly associated with mucous linings in the body and are associated with the cells that release the compounds such as histamine that cause an allergic reaction.

In a 'search and destroy' setting, each type of IgE has a specific built-in detector for each type of allergen. That's why some people are allergic to specific things such as cats (they only have the IgE antibodies specific to cat dander); while others have allergic reactions to multiple allergens because they have many more types of IgE antibodies.

The familiar blood samples and unpleasant skin prick procedures for testing allergen tolerance may soon be a thing of the past. A team of researchers at the Technical University of Munich (TUM) and the Helmholtz Zentrum München has demonstrated that sufficient quantities of allergy antibodies allow diagnosis from nasal secretions.

130 million people in Europe suffer from hay fever and other forms of allergic rhinitis. Until now, these conditions have typically been diagnosed using blood samples or skin prick tests. The latter method is often seen as particularly uncomfortable because the skin is exposed to various allergens and punctured with a fine needle. Many patients – especially children – even find the blood test quite unpleasant. 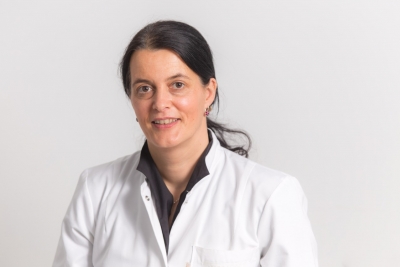 Claudia Traidl-Hoffmann (pictured), a professor of environmental medicine at TUM and the director of the Institute of Environmental Medicine at the Helmholtz Zentrum München, has now tested a new diagnostic method for allergic rhinitis with her team. The scientists studied nasal smears using a method originally developed for blood samples: With a recent development in biochip technology, practitioners have been able for some time now to measure antibody concentrations for 112 different allergens with a single small blood sample.

.. a good option for small children as compared to blood samples or skin prick testing

Prof. Traidl-Hoffmann's team used this molecular diagnostics technology to measure concentrations of immunoglobulin E (IgE) antibodies in the blood and nasal secretions of test subjects. These antibodies play a role in certain allergic responses. The researchers studied individuals with and without sensitization to the most common airborne allergens, including dust mite castings, grass pollen and the pollen of birch, hazelnut and alder trees.

Results for a range of allergens

For the same tests, the blood and nasal smears yielded similar results: They detected identical allergic sensitization patterns, i.e. the same sets of substances for which the body had developed an immune response. This was the case for all airborne allergens investigated. Previous studies had already demonstrated a link between the detection of allergy antibodies in the blood and in nasal secretions for certain aeroallergens. The researchers have now confirmed this correlation for a wide range of such allergens.

"A big advantage of allergy diagnostics with a nasal smear is that it is a good option for small children as compared to blood samples or skin prick testing. For that age group, a hyposensitization therapy is important because allergic rhinitis can develop into allergic asthma," says Prof. Claudia Traidl-Hoffmann. PD Dr. Stefanie Gilles adds: "We also believe that, with nasal smears, IgE antibodies specific to certain allergies can be detected that cannot be measured in a blood sample. We now need to do further studies to explore that hypothesis."

Amyloidosis - a fatal overproduction of antibodies

Hospital admissions for allergies increased by a third in five years

As hay fever season starts, The eAllergy Helpdesk is launched

Get yourself a health buddy

Medical journalist
Protein shakes – to drink or not to drink?
Allergy treatment: 'correcting' the immune response