A new report showing that the COVID-19 risk increases with airborne pollen will come as no surprise to people familiar with the expression, "coughs and sneezes spread diseases". However, the ancient wisdom would appear to be endorsed by data that shows increased pollen concentrations correlates with higher SARS-CoV-2 infection rates.

High pollen concentration provides a pathological double whammy that combines increased aerosols and weakened immune response. It is therefore important for vulnerable people to keep particles out of their airways.

The report published in Proceedings of the National Academy of Sciences of the United States of America - is entitled Higher airborne pollen concentrations correlated with increased SARS-CoV-2 infection rates, as evidenced from 31 countries across the globe.

"When airborne pollen levels are higher, increased SARS-CoV-2 infection rates can be observed".

In the spring of 2020, the outbreak of the coronavirus pandemic appeared to coincide with the tree pollen season in the northern hemisphere. These observations prompted an international team of researchers to conduct an extensive investigation: The scientists wanted to know whether there is a demonstrable link between airborne pollen concentrations and SARS-CoV-2 infection rates.

How to protect against both pollen and virus?

The large-scale study conducted by an international team headed by researchers at the Technical University of Munich (TUM) and the Helmholtz Zentrum München, highlights ways in which people in high risk groups could protect themselves.

Under the leadership of first author Athanasios Damialis, the team at the Chair of Environmental Medicine at TUM collected data on airborne pollen concentrations, weather conditions and SARS-CoV-2 infections – taking into consideration the variation of infection rates from one day to another and the total number of positive tests. In their calculations, the team also included data on population density and the effects of lockdown measures. The 154 researchers analyzed pollen data from 130 stations in 31 countries on five continents.

The team showed that airborne pollen can account for, on average, 44 percent of the variation in infection rates, with humidity and air temperature also playing a role in some cases. During intervals without lockdown regulations, infection rates were on average 4 percent higher with every increase of 100 grains of airborne pollen per cubic meter. In some German cities, concentrations of up to 500 pollen grains per cubic meter per day were recorded during the study – which led to an overall increase in infection rates of more than 20 percent. In regions where lockdown rules were in effect, however, the infection numbers were on average only half as high at comparable pollen concentrations.

High pollen concentrations lead to a weaker immune response in airways to viruses that can cause coughs and colds. When a virus enters the body, infected cells usually send out messenger proteins. This is also the case with SARS-CoV-2. These proteins, known as antiviral interferons, signal nearby cells to escalate their antiviral defenses to keep the invaders at bay. Additionally, an appropriate inflammation response is activated to fight the viruses.

But if airborne pollen concentrations are high, and pollen grains are inhaled with the virus particles, fewer antiviral interferons are generated. The beneficial inflammatory response itself is also affected. Therefore, on days with a high concentration of pollen, it can lead to an increase in the number of respiratory illnesses. This also holds true for Covid-19. Whether individuals are allergic to the different pollen types is irrelevant.

“People in high-risk groups should, therefore, be informed that high levels of airborne pollen concentrations lead to an increased susceptibility to viral respiratory tract infections.” Athanasios Damialis emphasizes: “When studying the spread of SARS-CoV-2, environmental factors such as pollen must be taken into account. Increased awareness of these effects are an important step in preventing and mitigating the impact of COVID-19.” 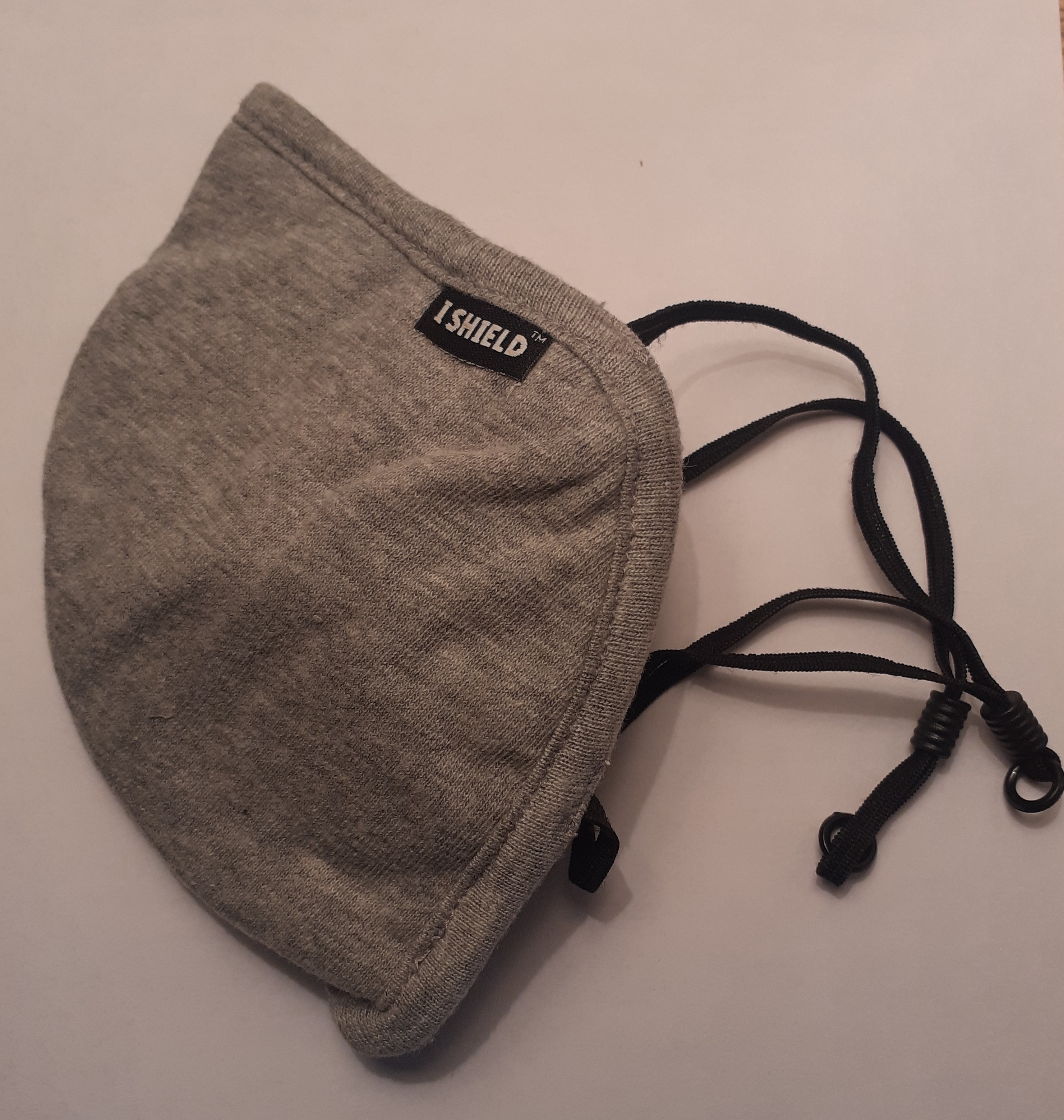 Masks such as the IShield particle filtration mask (pictured) have six layers and the fabric is also self-sterilising.

What can vulnerable people do to protect themselves?

Claudia Traidl-Hoffmann, last author and a Professor of Environmental Medicine, advises people at high-risk to monitor pollen forecasts over the coming months. She says:  “Wearing a particle filtering mask when pollen concentrations are high can keep both the virus and pollen out of the airways.”

Keep pathological particles out of the airways.

A. Damialis, S. Gilles et. al.: Higher airborne pollen concentrations correlated with increased SARS-CoV-2 infection rates, as evidenced from 31 countries across the globe
Proceedings of the National Academy of Sciences of the United States of America (PNAS), March 2021
DOI: 10.1073/pnas.2019034118