What is the difference between a cold and the flu?

Each winter as the weather starts to become colder there is a rise in the number of people who catch colds or flu (influenza as it is more correctly known). Although most people assume that they have got the flu, in fact it is much more likely that they have a respiratory virus infecting the upper respiratory tract (nose, sinuses and throat), or lower respiratory tract, (airways and the lungs). The distinction is important as the “common cold” does not respond to antibiotics or antiviral therapy, but true influenza does.

What are the signs and symptoms of swine flu?

Over the last two winters we have seen the emergence of swine flu (H1N1) Influenza A virus, which reached pandemic proportions globally. The symptoms are very similar to the usual winter influenza but in the first winter it was noted that vomiting and diarrhoea were also part of the symptom complex, and headache was also more prominent. Another feature was that the greatest number of cases was seen in people between the ages of 5 and 65 (the opposite of usual influenza which affects mostly the very young and the very old). The death rate was also significantly higher in people with underlying health problems (highest in those with chronic lung problems and those with suppressed immune systems either because of disease or treatment), diabetes, and those with chronic heart disease. It is highest in pregnant women (13-fold greater risk than the general population).The sickest patients had either influenza pneumonia or a secondary bacterial pneumonia. Although it received a huge amount of coverage in the media, the death rate for swine flu was still much less than we see every winter with the usual winter influenza outbreaks.

I have a chesty cough – is it the flu or just a common cold?

The symptoms of a viral respiratory infection (the common cold) are runny nose (the discharge may be clear or coloured), sore throat, fever and/or chills, and generally feeling unwell. There may be pain over the cheekbones from sinusitis if the infection in the sinuses is under pressure due to swelling or blockage of the drainage holes into the nose. If the lower respiratory tract is involved there may also be cough (this may be productive of infected phlegm or sputum).

Do I have flu?

True influenza (the usual winter flu is either Influenza A or influenza B) may have some symptoms like a cold but in addition a prominent feature is generalised muscle aches and pains. Some people describe them as being so severe it is hard to lift your head off the bed! There may be headache, and fever is much more commonly seen than with a cold. Extreme tiredness and weakness make many people take to their bed for a day or more. The flu symptoms start very abruptly with fever, chills, headache and muscle aches. Influenza A is the cause of most influenza outbreaks and is associated with more severe acute illness whereas influenza B generally causes milder disease. The incubation period (time from contact with the virus to developing the disease) is around 1-3 days. The very young and the very old are particularly vulnerable to influenza. The elderly are more likely to develop influenza (viral) pneumonia, or a secondary bacterial pneumonia that follows the flu; a minority do not survive the illness. 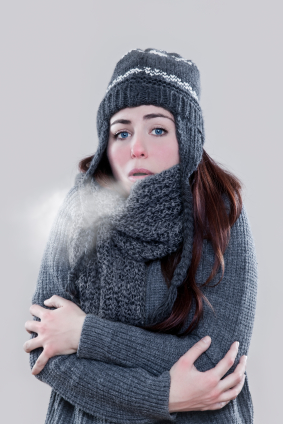 It is important to remember that not all flu symptoms are actually due to the influenza virus. Several respiratory viruses (respiratory syncitial virus, parainfluenza virus, and rhinovirus) can also cause a similar illness and circulate in the community at the same time that flu does.

Could I have swine flu?

Swine flu circulates at the same time as seasonal winter influenza although there may be additional symptoms (see above). In healthy people investigations to confirm that it is swine flu do not need to be done (unless directed by the Department of Health).

Do I need antibiotics?

For an uncomplicated upper respiratory infection (cold) the answer is no. Antibiotics are designed to treat bacterial infections and have no effect on viruses, respiratory or otherwise. The cold should settle with treatment of the symptoms in only a few days. If when you blow your nose the discharge is infected, and you have fever and pain over your sinuses you may have developed a secondary bacterial infection (sinusitis) and should discuss with your doctor the need for a course of antibiotics. You may benefit from nasal decongestants (e.g. xylometazoline preparations) to reduce swelling in the nose and allow free drainage of the infection in the sinuses. This should be only for a few days as overuse actually makes the swelling worse and exacerbates the problem.

I am coughing up coloured phlegm (sputum) - should I get antibiotics?

Even if you have a chesty cough, and are producing infected sputum (acute bronchitis) you do not usually need antibiotics. In otherwise healthy people antibiotics have been shown to reduce the duration of the illness by only one day –and there are concerns about overuse of antibiotics contributing to the worldwide problem of bacteria resistant to multiple antibiotics. A better strategy is to recognise the illness, get plenty of rest, and wait for it to resolve. Most people will take around three weeks to feel back to normal. Likewise testing the sputum is usually not necessary; it may be useful if you do not respond to antibiotics or if you have underlying lung disease.

How do I know if I have pneumonia or just flu?

Most healthy people experience either no or much less severe flu-like symptoms; the advice is to stay at home (to avoid infecting other people) until the symptoms resolve. Paracetamol and other simple painkillers help with the fever and aches and pains. 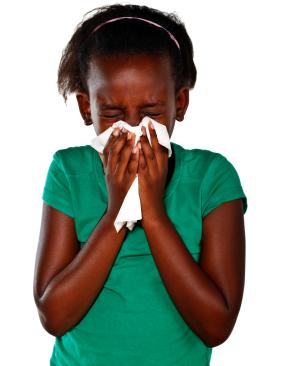 Those who develop pneumonia have flu-like symptoms but feel rapidly worse, often with persistent fever, a cough which may be productive of infected sputum, and breathing difficulties. Some people may cough up small flecks of blood with their sputum or experience chest pains, often worse on breathing in (pleurisy). A chest x-ray will confirm if you have pneumonia.

It is important to contact your doctor for advice; in a swine flu epidemic you may be advised to not go directly to your local hospital A&E department, to reduce the spread of infection.

How do you treat pneumonia?

Depending on the severity of the pneumonia you may be admitted to hospital –either to a normal ward, or to a more acute high dependency area for close monitoring. You will be given antiviral treatment if swine flu is suspected, and antibiotics intravenously or orally to treat any secondary bacterial infection.

If your pneumonia is less severe it may be possible to treat it at home, provided you have appropriate support. You may be prescribed antiviral drugs and also antibiotics for the presumed bacterial pneumonia. If you have pneumonia and it is clear it is not a complication of influenza you will not receive antiviral drugs, just antibiotics. For pneumonia two antibiotics are given based on guidance from the British Thoracic Society; the choice will depend on any drug allergies you have. They are given usually for 7-10 days. It is recommended that you have a follow up chest x-ray around six weeks later to confirm that the pneumonia has cleared (particularly important if you smoke).

What treatment is there for swine flu?

There are two antiviral products available, Oseltamivir (a tablet) and Zanamavir (an inhaler). Your doctor will decide which is most appropriate for you. These are effective if taken within 48hrs of the onset of symptoms; in the more severely ill treatment that is started later is still effective. Guidance is issued each winter by the Department of Health and updated regularly; they will tell general practitioners when it is appropriate to start treating patients with antiviral drugs. Pregnant women are advised to have treatment at whatever stage in the pregnancy because of the risk of miscarriage and premature labour, as well as increased risk of pneumonia.

Should I get treatment for swine flu?

If you have no underlying health problems and there is no concern that you have pneumonia the answer is no. Supportive care at home is all that is required. The exceptions are those who care for another individual, particularly if that person has an underlying chronic illness which would put them at greater risk if they contracted the flu, those with more severe underlying chronic health problems, including chronic kidney disease, chronic liver disease on treatment, and people with chronic neurological diseases and strokes.

Should I get tested for flu or swine flu?

It is not necessary to test everybody during the influenza season; tests are generally restricted to selected hospitalised patients for both identification and infection control.

People in at risk groups are advised to have a yearly flu vaccination that will contain the most prevalent strains of influenza A and B and also swine flu. If you are not in an at risk group you do not need to be vaccinated unless you care for someone who would be at risk of becoming very unwell if they caught influenza from you (and they may be advised to be vaccinated too). Simple advice such as hand-washing after touching surfaces that other people have touched, using tissues to blow your nose, and disposing of them immediately are very simple but effective ways to stop the spread of the virus (“catch it, kill it, bin it” campaign). 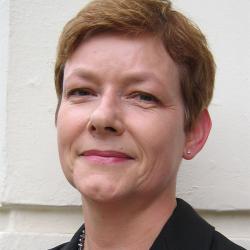 Authoritative medical information
When should you see your doctor?

General Practitioner
A big flap about a bit of flu