What is the real value of screening for cervical cancer?

Human Papilloma Virus
Cervical Cancer
Vaccination for HPV is thoroughly recommended in most cases. For information on getting yourself vaccinated – click here.

Many patients emailed us their questions after reading Adeola Olaitan's article on Diagnosing Cervical Cancer. Here are just a few of them together with Adeola's responses.

Q. I hear there are differences in the way that samples are taken and this can affect whether or not you get a good result, is this still an issue or have specimen collection and lab procedures improved?

A. There is a move to liquid based cytology (LBC) which, instead of smearing the collected cells on a glass slide, suspends them in a solution which is then spun down. This reduces the number of inadequate smears (for example, the introduction of LBC at the pilot sites reduced the reported rate of inadequate smears from 9% to 1-2%).

Of the GP and NHS Community Clinic samples examined in 2006-07 for women aged between 25 and 64, 4.7% were inadequate specimens for which no result could be determined, a much lower proportion than in any of the previous years. ‘Persistent inadequate smears’ is an indication for the GP to refer to a colposcopy clinic where smears can be taken under direct vision.

Q. What is the probability of a normal, average aged, non-symptomatic patient getting a positive smear test result? 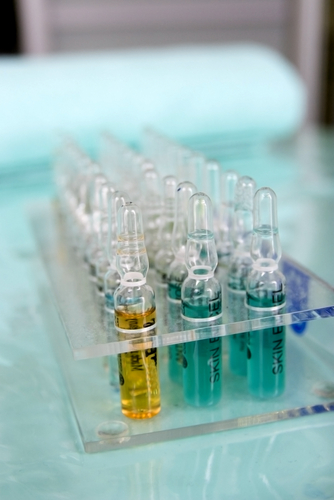 Q. What is the correlation between CIN stage and actual cancer? Or, what proportion of cells return to normal depending on CIN stage?

Q. If in most cases HPV is naturally dealt with by your own immunity, what proportion of HPV positives go on to get cancer?

A. The risk of CIN is related to HPV persistence i.e. those who remain positive for the virus for more than two years. As long as these women remain within the screening system, the risk of cancer is low.

Q. You mention initial government reluctance in providing vaccination. How much cancer does vaccination actually prevent?

A. Cervirix (the bivalent vaccine) has been introduced with good coverage. HPV vaccination was introduced into the national immunisation programme in September 2008, for girls aged 12-13 across the UK.

When the HPV vaccination programme began in 2008, women over the age of 18 were not vaccinated as it was not cost effective in preventing cervical cancer. This is because as soon as a woman becomes sexually active, she is at risk of infection with the virus. It will be many years before the vaccination programme has an effect upon cervical cancer incidence so women are advised to continue accepting their invitations for cervical screening.

In November 2011 the government announced that the cervical cancer vaccine will be changed to Gardasil from September 2012. This move will be implemented as Gardasil protects against more types of the HPV virus and will prevent genital warts.

If you still have questions see Diagnosing Cervical Cancer or contact Dr Adeola Olaitan if you'd like to make a private appointment.

An abnormal proliferation of cells

One dose of HPV vaccine sufficient to prevent cervical cancer