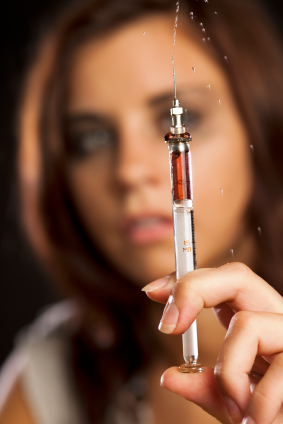 risk of cervical cancer in women. There are two licensed HPV vaccines, Gardasil® and Cervarix®, available to protect against the types of HPV infection that cause most cervical cancers. Cervarix® was approved in September 2007 in the European Union. In the UK it is included in the national vaccination programme for teenage and pre-teenage girls aged 12–13 and 17–18.The safety of HPV vaccines was studied in clinical trials worldwide before the licence was granted.

Despite its overall safety, Cervarix® has been shown to cause side effects in some people. The very common side effects of the HPV vaccine include:

These side effects occur in around 10–15% of vaccine doses.

Other common side effects of the HPV vaccine include:

These side effects occur in less than 10% of vaccine doses.

There are uncommon and slightly more severe side effects of the HPV vaccine such as infection of the nose, throat or windpipe and dizziness. These side effects occur in less than 1% of vaccine doses.

It is not possible to reliably estimate how frequently other side effects may occur. This is because the information about them is received from people reporting the side effects themselves, rather than in controlled, clinical tests.

• Breathing difficulties and wheezing.
• Swelling of the eyes, lips, genitals, hands, feet and other areas (this is called angioedema) alongside itching.
• Sore, red, itchy eyes.
• Loss of consciousness.

It is difficult to comment specifically on the story of Lucy Hinks, the 13 year old who is said to have been left in a ‘waking coma’ after receiving Cervarix®. Lucy received her third and final dose of Cervarix® in May and experienced severe exhaustion and inflamed internal organs. She spends almost all the hours of the day in bed and is reliant on painkillers. A related condition, Guillain-Barré syndrome (GBS) has been reported after vaccination with Gardasil®. GBS is a rare neurologic disorder that causes muscle weakness. It occurs in 1–2 out of every 100,000 people in their teens. A number of infections have been associated with GBS. There has been no indication that Gardasil® increases the rate of GBS above the rate expected in the general population, whether or not they were vaccinated.

Thus it is clear that the benefits of Cervarix® - the reduction of the risk of HPV infection, far outweigh the potential risks. I understand that mothers of young girls may be alarmed after reading the story but the reality is that of the multitude of vaccines administered, very few serious side effects have been directly linked to the vaccine. For further information please read Vaccination against the Human Papilloma Virus.

Cause of mouth cancer linked to gum disease

Link between HPV infection and skin cancer in men