If you worry about exercising hard on one or two days of the week - but not doing anything else - scientists have some good news.

Physical activity taken in one or two sessions per week - often on Saturdays and Sundays - may make you live longer. A new study has shown that people who follow this type of exercise pattern have reduced risk of death from cardiovascular disease (CVD), cancer and other conditions. News that cardiologists and other doctors will surely welcome.

How often should you exercise?

“I don’t have time to exercise!” How many of us have uttered these words before? Today we seem to lead increasingly busy lifestyles; managing childcare, shuttling between the office and home or standing on platforms and in queues waiting for train and tube strikes to end. It’s no surprise that people are exercising less frequently and saving their physical activity for the weekends.

The World Health Organisation says that people should do at least 150 minutes of moderate-intensity aerobic activity, 75 minutes of vigorous-intensity aerobic activity or equivalent combinations every week. But it does not specify how frequently exercise should be performed. So researchers from the School of Sport, Exercise and Health Sciences at Loughborough University asked ‘What are the associations of physical activity patterns with mortality?’

How the super-fit compare to everyone else

Gary O’Donovan and colleagues carried out this study by looking at data collected from surveys in England and Scotland (taken from 1994 to 2012) and comparing them with death records. People aged 40 years or older were interviewed and asked about the frequency and duration of any physical activity they had done in the 4 weeks leading up to the interview.

Those who had participated in sports and exercise were asked to report the frequency, duration and perceived intensity of the activity. This allowed the researchers to define ‘activity patterns’:

'Weekend Warriors’ live as long as those who exercise daily 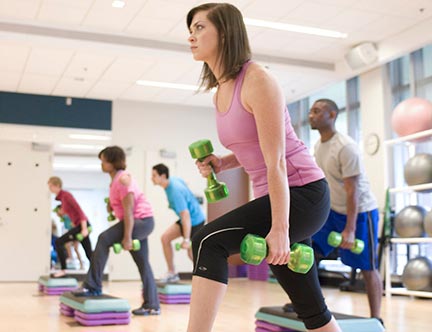 The researchers showed that people classed as insufficiently active, weekend warriors and regularly active had reduced risks for all-cause, CVD, and cancer deaths. People who performed one or two sessions per week of moderate- or vigorous-intensity leisure time physical activity showed these reduced risks, regardless of whether they stuck to the current recommended physical activity guidelines. Only participants classed as inactive showed a higher risk of mortality. This suggests that getting some leisure time physical activity is better than none at all.

What does this mean for me?

The researchers acknowledge that there are some limitations to this study. For example, more than 90% of people surveyed were white and so the results may not extend to other racial groups. Also, physical activity was self-reported, which relies on people being able to remember all the exercise they did (and be honest about it!). But overall the study was statistically powerful and suggests that, if you are medically able to, doing some physical activity in your leisure time is more beneficial than doing nothing at all.

Need a little nudge to get yourself exercising? Consider  a body fat composition scan - also known as a DEXA (DXA) which can help you get an idea of where you need to target to lose weight.

If you choose a DEXA scanner equipped with ‘Advanced Body Composition’ capabilities, it will provide an accurate indication of total fat in the trunk region. When fat accumulates here, doctors know this is a risk factor for diabetes, heart disease and cancer. For expert advice - see Prof David Reid