The National Audit Office (NAO) have estimated that if only 50 per cent of missing referrals returned to the NHS, and activity grew in line with pre-pandemic expectations, waiting lists could reach 12 million by March 2025. They report that there are up to 740,000 potential cancer cases that should have been urgently referred by GPs, and that have been “missed” since the lockdowns began. Restrictions, lack of screening and the general inability to get in to see a GP, means that what we are now seeing is in effect a cancer pandemic by omission. 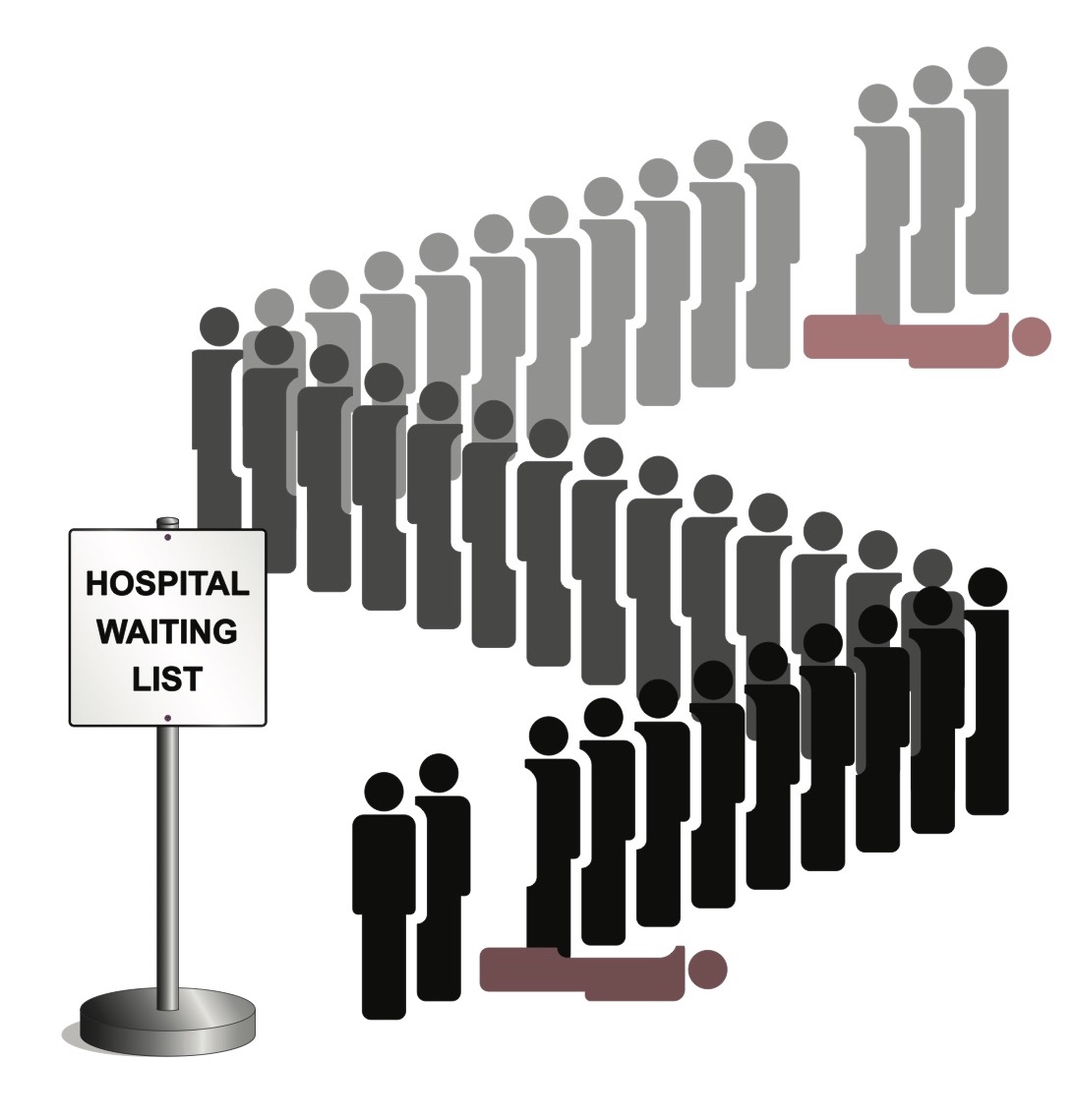 There are already 5.8 million people on waiting lists, with 300,000 people now waiting more than a year. With the numbers of missed cancer diagnoses, these numbers could easily double by 2025. The NAO remind us that, "The main standard for elective care is that 92% of patients on the waiting list should start their treatment within 18 weeks of being referred to a consultant".

What is 'elective care?

Elective care means any non-emergency care planned by consultants, for instance hip (see My choice of hip replacement) and knee replacement operations or cataract or tonsil removal. Other medical specialities that are not generally counted as 'elective' include maternity, mental health and learning disabilities. Critical care beds are counted separately. 90% of medical specialties are classed as general and acute.

Just to put the scale of this in some perspective, 5.9 million people on waiting is about 1 in 10 of us.

The NAO estimates that between 7.6 million and 9.1 million fewer referrals for treatment were made during the pandemic, because of difficulties accessing care and fears of catching the virus.

Responding to the National Audit Office’s report into NHS backlogs and waiting times in England, David Hare, Chief Executive of the Independent Healthcare Providers Network, said: “Today’s NAO report on the NHS elective care backlog highlights the significant pressures on the NHS, and that despite the tireless efforts of healthcare staff all around the country, millions of patients are finding it increasingly difficult to access the care they need".

“Given the scale of the challenge, it’s vital that the Government’s forthcoming elective care recovery plan ensures that all available resources are deployed in order to tackle the backlog. This includes the use of independent sector providers, which the NAO’s report makes clear played a key role in ensuring non-COVID services could continue during the pandemic, with the delivery of over 3.3m NHS procedures.”

Why is this important? See Have we forgotten about cancer patients; for many cancers, early detection is critical. With lung cancer, for example, a third of cases will spread (metastasise) to the brain if left untreated.

What are the facts about waiting lists?

There was an average annual growth in elective care referrals of over 2% from 2016 to 2019. This compares with 2010 to 2019, when there was an annual average growth in urgent cancer referrals from GPs of over 10%. This increase partly reflects greater incidence of cancer in England, but much of the growth is the result of screening programs to encourage more people to come forward or to have suspicious symptoms investigated.

The NAO report NHS waiting times for elective and cancer treatment (2019) found that rising demand for healthcare, particularly cancer care, had combined with a period of increased financial constraint to cause more patients to have to wait longer.

NHS England and NHS Improvement have been developing recovery plans and detailed expectations for 2022-23 and beyond. The NAO say that they intend to follow this report with a second one, examining the plans to improve this situation and evaluating the NHS’s early progress.

Telemedicine keeps patients out of hospital

Investigation into whether COVID virus was man-made

Why should children be worried by COVID-19?