The goal of all cancer therapy is to target only the disease, whilst not causing unnecessary damage to surrounding healthy tissue. The latest imaging technology allows the surgeon to see precisely what he is operating on in real time without the need for open surgery. Many different types of cancer can now be effectively treated due to new precision ablative therapies.

"Incredible improvements in our ability to diagnose and monitor cancer during treatment allows doctors to direct needles to suspicious areas of tissue, take small samples and destroy those areas using energy delivered down needles. The name for this ‘needlehole’ treatment is ‘ablation’ and refers to any non-radiotherapy form of treatment that destroys tissue focally, while sparing the surrounding healthy tissue." Dr Rowland Illing

With the development of imaging technology, the ability to diagnose and direct treatment to areas deep inside the body has grown enormously over the last ten years. In parallel with this, a huge amount of research has been conducted into how energy may be delivered to destroy specific areas while sparing surrounding healthy tissue. This is ultimately the goal of all cancer therapy – to target only those areas that need to be treated while avoiding collateral damage.

Cancer therapy has traditionally been divided into three types of treatment, These are:

With the development of imaging technologies such as ultrasound, computed tomography (CT) and magnetic resonance imaging (MRI) – there have been incredible improvements in our ability to diagnose and monitor cancer during treatment. This imaging allows doctors to direct needles to suspicious areas of tissue, take small samples (biopsy) and destroy those areas using energy delivered down needles. The name for this ‘needlehole’ treatment is ‘ablation’ and refers to any non-radiotherapy form of treatment that destroys tissue focally, while sparing the surrounding healthy tissue.

Different types of energy may be used to destroy tissue. The energy most commonly used is heat - generated either by an electric current through the tissue (radiofrequency ablation or RFA) or by very focal microwave fields at the tip of the treatment needle.

Microwave energy is the newer technology and has the advantage of being more predictable, faster and uninfluenced by local metallic structures such as hip replacements, cardiac pacing wires or other implanted devices. This can coagulate the tissue as the needles are removed to reduce the risk of bleeding.

Destruction of tissue by ice, or cryoablation, is another method of targeted tissue destruction. Although this takes longer, ice has the advantage of being visible on CT scanning allowing real-time tracking of the treatment area.

All types of ablation are carried out in the CT scanner under light general anaesthesia or heavy sedation to ensure that the patient remains still. Although it is possible to perform ablation using only ultrasound, CT scanning allows confirmation of the treated region ensuring that the target tumour has been covered adequately. Although exceptionally well tolerated, patients are usually kept overnight in hospital to make sure that there are no complications before discharge.

Ablation kills the target tumour but does not remove it. The body’s immune system is activated to turn the treated tumour naturally into a scar. The area is then followed up with further scans to make sure that the cancer does not come back.

What Types of Tumour can be Treated with Ablation?

Any solid tumour can potentially be treated with ablation. Certain types of energy are, however, better suited to certain locations. Cryoablation has been found to be most effective for kidney tumours whereas microwave ablation has advantages in the lung and liver due to the speed and ability to cauterize the tissue after treating.

Ablation is used in conjunction with systemic therapies, surgery and radiation therapy to increase the treatment options available for patients with cancer. For those patients in whom cancer has spread, ablation may provide a well tolerated, targeted means of dealing with specific tumour deposits that have either become resistant to therapy or for a small volume of disease that might not warrant using up a further ‘line’ of chemotherapy. The role of ablation in the management of certain primary and secondary tumours in the liver, lung, kidney and soft tissues has been approved by the National Institute of Health and Clinical Excellence (NICE).

In the lung, tumours that originate in the lung (primaries) and those that have spread to the lungs from elsewhere (metastases) may be targeted. Several tumours may be targeted in a single treatment and, although there is a risk of air around the lung (pneumothorax) and bleeding, those risks are generally small and the procedure is well tolerated. Usually only a single treatment per tumour is required however for larger deposits, or if there is any sign of residual activity, ablation can be effectively repeated. There is no upper limit on the number of ablations that can take place, but the lung function does have to be acceptable before proceeding.

Similarly in the liver, primary and metastatic tumours may be treated. This takes place in conjunction with both liver surgeons and oncologists, and may even be carried out at the time of an open liver operation on those areas that cannot be removed surgically.

Kidney tumours up to 4cm can be effectively treated with ablation. Cryoablation has been shown to be the most effective to prevent any tumour being left behind. Using the latest cryoablation technology, complication rates are exceptionally low and cancer cure rates are approaching those of surgery.

Ablation can be used to not only destroy tumours in their entirety, but it may also have a role in the treatment of symptoms. Inoperable tumours may press on nerves – ablation may be a means to ‘debulk’ them to relieve symptoms. Ablation may also be used to destroy painful deposits in bones and the nerves around tumours in a targeted fashion, so as to reduce the need for oral morphine or similar drugs.

Future Developments and Impact of Ablation

Imaging and ablation technology are continuously evolving. CT scanners are able to image larger volumes more quickly, while the radiation doses delivered are reducing. This makes the treatments safer for both patient and clinician performing the procedure.

Different types of energy are being evaluated. Irreversible electroporation (IRE) and high intensity focused ultrasound (HIFU) are currently being trialed and may offer novel options in the future.

For those technologies currently in clinical use, active research is underway to determine the optimal timing of ablation in relation to systemic therapies and surgery, as well as the impact of ablation on overall cancer survival. 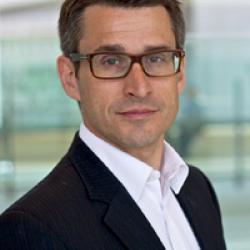