This article takes an honest and open look at the benefits and drawbacks of knee replacement surgery.

This article is based on a piece which originally appeared in Capital Doctor.

Every patient’s biggest fear in orthopaedics (after MRSA) is that the operation won’t work out. While many people do get back to full function, the significant group who do not achieve full function following knee replacement meaning that it is just under half as effective as hip replacement.

There are two reasons for this: total knee replacement is often too much of an operation for individual patients, and unfortunately is often not performed accurately enough.

What are the rules here?

Rule 1 is: keep away from surgeons.

Rule 2 is: keep away from surgeons. If you are enjoying age appropriate activity, and only taking the occasional pain killer then do not consider surgery. Most painful joints are only wearing out slowly, and there are risks to any operation.

Rule 3: given the choice between a big operation and a small operation, always take the small one. When a knee hurts enough to interfere with life, you know it is going to hurt, so you start avoiding things you used to enjoy doing, which makes you a bit depressed and short tempered. In these circumstances it is okay to talk about having something done. But the medical machinery may take advantage of you, and by the time you are finished, you have been scanned, told how bad things are, had a small procedure that didn’t work, followed by a big one that you are told is a great success. But you still can’t do the things you wanted to, so you are even more depressed because you now know that you really are growing old. Nevertheless, you smile nicely at the surgeon who tells you how well you have done and through your clenched teeth you smile and say thank you but vow never to have another operation as long as you live.

Rule 4: only have a small operation if you are as sure as you can be that it will work.

That is the high spend high cost way of treating sore knees. An MRI scan, costing rather more than you spent on your first car tells you helpfully that you have widespread degenerative changes. The surgeon who commissioned it reads you the reports, shaking his head and offers to see what he can do. At arthroscopy, he takes photographs to show just how bad things are, and does his best, by taking out worn bits, to make you better again – an operation that has been shown to be no better than placebo. Often you are better for a bit, but then the pains come back, and next stop is a total knee replacement. Done well, this operation is a satisfactory one, but the functional level you aspire to – to get back to normal life- often isn’t reachable.

At Imperial, we have been working hard on changing this course. A high tech, more conservative way of treating knees has become a great deal better just lately. We have attacked every aspect of the process in an attempt to:

Minimising the impact of surgery

From our mechanical analyses of normal and damaged joints, we have shown that the knees of most people, when they wear down, do so in a predictable pattern. Either they wear down on the inside of the joint, or the outside, or the front, or occasionally two of the three, but in a recent review of 200 arthritic knees coming to surgery, only 8 had truly worn out all 3 compartments. Our strategy has been to resurface only the part that is damaged, leaving the ligaments and the remaining joint intact. This isn’t a revolutionary approach – the technology has been around for a decade or more, but only used very sparingly and by a very few surgeons. According to the National Joint Registry 93% of knee replacements in the UK last year were total ones, only 7% were partial, while our ratio is almost the opposite, at 15% total, and 85% partial. At a meeting for a progressive group of surgeons discussing early intervention in osteoarthritis I chaired in January, for over 200 surgeons, among the reasons given to explain why more of them weren’t using partial replacements, were the fact that partial replacement is technically challenging, and that the insurance companies pay the surgeon less for the operation…

Maximising the outcome – the Imperial protocol

We make detailed 3 dimensional models of the affected joint which allow us to analyse the problem in detail, and assess what will work best to correct it. By performing this virtual surgery on screen, we try out what is planned to make sure it will work. It is also lovely for the apprehensive patient to see exactly what is going to happen. In the operating theatre the decision making is already over. The size of the devices and exactly where they should go for optimal function have already been selected. All we have to do is stick to the plan.

Guaranteeing that it comes true for everyone

For 16 years at Imperial we have been working away trying to deliver the technology to enable surgeons to achieve precise outcomes in joint replacement. The product of this very long gestation is a range of devices, designed to guide the surgeon to achieve exactly what was planned. The core technology here is mechanical - two computerised arms; one holds the bone, the other holds the tools either passively or actively with robotic assistance. Using them, the surgeon carries out 3 tasks. He registers the bone surfaces, touching points on the surface of the real bone. The computer then matches this cloud of points to the preoperative model. Having registered the real joint with the virtual one, the surgeon can see on screen exactly what he is doing in relation to the preoperative plan, so he can perform the operation through a small incision safely (one of the problems of small incision surgery in general has been the error rate). Finally, having performed the essential steps of the procedure, he verifies that he has actually done what was planned.

The patient leaves theatre with a CD on which are printed the audit trail of the operation: the plan, the registration, the procedure and the verification. We hope soon to be able to offer a guarantee, even a lifetime guarantee, as a well performed operation is extremely unlikely to fail. A bearing may need renewing as a planned pit-stop after 10-15 years, but only if the patient has been having a great time. We are all human, of course, so other problems may crop up, but a precisely performed joint replacement should last a life time.

Proving that this is all worth it

Does accuracy matter? Yes of course it does, but how far do we need to push this? We have been working on just that relationship between accuracy and outcome in two distinct ways.

We have shown that we can perform surgery very accurately using the right technology, that unicompartmental knee replacement works better than total knee replacement, (please see graph) and that a statistical relationship between accuracy and outcome in conservative knee surgery. But the huge variation in aspirations makes the analysis noisy, some people are happy to potter, while others want to walk up and down mountains. Helen Alsop, our research physiotherapist, is asking people beforehand about their detailed (and realistic) aspirations and quantifying them. In the current trials we are aiming to complete this cycle: to show that with accurate surgery we can improve function to a predictable level. 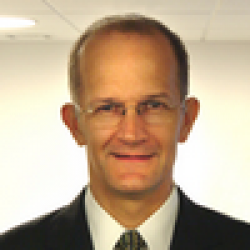 Consultant Orthopaedic Surgeon (knees)
When should I have a total knee replacement?

Orthopaedic surgeon
What is the secret to getting excellent results in knee replacement surgery?