This article discusses new and innovative nanotechnology which is used in plastic and reconstructive surgery as well as in healing wounds and burns. We believe that this article will be of interest to anyone who would like to know more about possible revolutionary treatments used in their surgery.

The best wound healing treatments are possible with nanotechnology 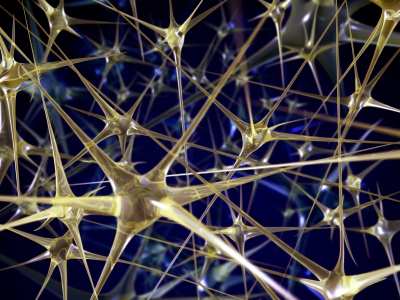 Developments in nanotechnology are progressing at an incredible rate and are starting to impact on almost all areas of science and technology. Nanotechnology, that may sound more like science fiction than real life, is already bringing real benefits to the field of medicine, and is revolutionising areas such as imaging, drug delivery, and even surgery. In this article I will briefly describe some of the nanotechnological advances that may be of particular relevance to plastic surgery, including burns and wounds, bone reconstruction reconstructive surgery and craniofacial surgery.

Nanotechnology is defined by the Oxford English Dictionary as the “branch of technology that deals with the manipulation of individual atoms and molecules”. It is usually dated to a lecture given by American physicist Richard Feynman to the American Physical Society in 1959, entitled, “There’s plenty of room at the bottom”. However, interest in the field was properly awakened at the start of the millennium, and the enormous potential of this technology is now being exploited in almost all areas of science.

The presence of nanotechnology is increasingly seen in everyday applications such as surface coatings, outdoor paints and varnishes, packaging, clothing and fuel additives. The Project on Emerging Nanotechnologies, established in 2005, estimated that in August 2009 over 1000 nanotech products were publicly available, representing a growth of 379% over the preceding three years. Of these products, the majority (60.5%) fell into the category of “Health and Fitness”. Although it seems, so far, that we are only scratching the surface of what the technology can achieve.

How are wounds and burns being treated with nanotechnology?

Wound care is one medical area that has so far gained the greatest benefit from nanotechnology. The overuse of antibiotics and poor infection control has contributed to substandard wound care, leading to increased mortality and morbidity. Therefore, the development of antimicrobial therapies, including multi drug-resistant organisms, is a major target in wound care. Silver has been used for centuries as a highly effective bactericidal agent. Silver nanoparticles have been shown to destroy bacteria and to exhibit good antifungal activity. Interestingly, silver nanoparticles also have good anti-inflammatory properties, further promoting their role in wound healing. Indications suggest that nanocrystalline silver dressings may also improve cosmetic appearance in addition to facilitating superior wound healing – a feature of particular interest for plastic surgeons.

Nitric oxide (NO) radicals are also effective in wound repair and act as an antimicrobial agent. The efficacy and safety of NO-nanoparticles has been demonstrated in numerous studies, suggesting that this technology may ultimately offer an effective alternative in the treatment of infections. Finally, nanofibres that mimic collagen also exhibit properties that may be beneficial in treating burns, including a large surface-area-to-volume ratio and high porous quality. As a result, nanofibre scaffolds have immediate applications as dressings for burn wounds, and potential for delivery of drugs including antibiotics, analgesics, and growth factors.

How is surgery using nanotechnology? 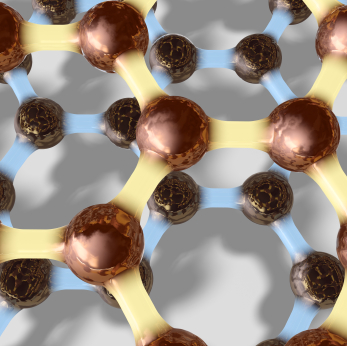 Nanotechnology has started to find important uses within the field of surgery, particularly in surgical implants and tissue engineering, including bone replacement. These applications are particularly suited to the field of plastic surgery, and considerable research effort is currently being devoted to this specific area. Much of the research is in its infancy, but this article offers a glimpse of how this technology may come to revolutionise techniques in plastic surgery over future years.

How is reconstructive surgery using nanotechnology?

Regenerative medicine, which aims to repair and replace lost or damaged tissues or organs by initiating the natural regeneration process, has an obvious relevance to plastic surgery. Biomaterials that are able to mimic the characteristics of the cells of the body on a nanometre scale (one billionth of a metre) can serve as temporary scaffolds to guide new tissue formation and organisation. In addition, carbon nanotubes (CNTs) can be used as tissue scaffolding materials to enhance organ regeneration.

How can nanotechnology be used for tissue regeneration?

A number of techniques have emerged over recent years for the manufacture of nanomaterials suitable for supporting tissue regeneration.
Turning to the vessels of the body, while grafts for large diameter vessels (> 6mm) have been successfully engineered, the synthesis of artificial grafts suitable for small vessels remains problematic due to frequently occurring blockages. There is, however, growing recognition that synthetic nanofibres, that are biocompatible and structurally similar to naturally occurring structures, could be excellent scaffolds in small vascular tissue engineering. Synthetic nanofibres combine the advantages of synthetic biodegradable polymers with nanometer-scale dimensions and a defined architecture that closely replicate the vascular structure. Nanofibres of this type appear to represent an ideal tissue engineering scaffold, especially for blood vessel engineering. Another promising line of research involves the formation of nanocomposite micro vessels, which not only provide a clot-repelling surface with optimal permeability characteristics but are also able to simulate arterial pulsations. Researchers believe that these micro-vessels could become an effective alternative to vein grafts in microsurgery and ultimately allow the construction of more complicated micro-vascular networks.

How is bone reconstruction using nanotechnology?

Traditionally, orthopaedic implants have been made from a variety of materials, from metals to ceramics to polymers. However, it seems that all these materials may be improved through the application of nanotechnology, with the corresponding nanomaterials demonstrating vastly superior properties. Bone is a material made up of tiers, with the lowest level falling in the nanoscale range. Nanomaterials are able to mimic the natural nanostructure of our tissues and can improve bone integration and the bone healing response. Nanoscale structures have numerous applications in bone reconstruction including scaffolds for bone repair and the delivery of agents to aid bone growth amongst others.

How can nanotechnology be used for nerve regeneration? 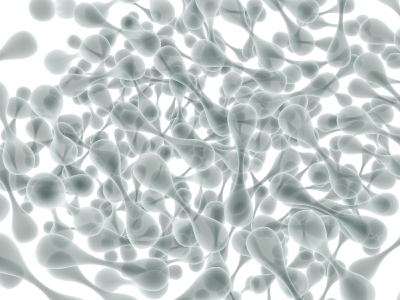 Much has been written recently about the potential of nanotechnology in the field of nerve generation, and this is one of the most exciting areas of research in nanomedicine. It also has tremendous relevance and application to plastic surgery. Reconnecting nerves is highly valuable and has been practiced for centuries, but it remains highly problematic. A focus of recent research has been targeted at the possibility of repairing axons (long projections sending electrical impulses across nerve cells). The aim is to achieve sufficient regrowth of injured axons to regain nerve function.

Nanotechnology, with its ability to organise and deliver biologically active compounds at a nanoscale, can provide an ideal environment to regulate axon regeneration, while nanostructured scaffolds achieve an intimate contact with nerve cells. An alternative approach to axon repair involves the direct ‘surgical’ restoration of severed axons. This approach has not traditionally been successful due to the practical difficulties of operating at a subcellular scale on axons. However, technological advances in nanoscience are now beginning to provide the tools necessary for such an intervention, and some researchers believe we may be on the verge of a breakthrough in this area.

How is craniofacial surgery using nanotechnology?

Considerable advances have been made in craniofacial surgery over the past decade. The use of distraction osteogenesis (a surgical procedure whereby a bone is fractured and the two ends of bone gradually moved apart resulting in new bone growing to fill the gap) and endoscopic procedures, combined with advances in 3-dimensional imaging, computer simulation, and intra-operative navigation have created many more opportunities for the management of craniofacial disorders.

One area of research attracting much attention among craniofacial surgeons is in the development of improved bone graft substitutes through both gene therapy and nanotechnology. Nanotechnological techniques are, however, leaving gene therapy behind. The scaffolds currently attracting considerable research effort seem to maximise both bone strength and bone conversion, and seem ideal candidates for bone grafting in craniofacial surgery.

Finally, cancer of the head and neck represents a major challenge to craniofacial specialists. Surgery is problematic due to the proximity of important structures such as the carotid artery, eye, and brain. This means that a residual tumor often remains near vital structures, necessitating the use of other treatments, and for head and neck cancer this is largely limited to radiosurgery, radiotherapy and supporting chemotherapy. Nanotechnology is poised to revolutionise the diagnosis and management of head and neck cancer by offering the potential of molecular diagnostic probes and novel therapeutic devices. Gold plasma nanoparticles may be useful because of their surface chemistry, relatively limited toxicity, and novel optical properties useful for concurrent imaging and therapy.

What does the future hold?

Nanotechnology is an exciting and rapidly advancing field. It touches almost all branches of science and its applications can be found in an increasing number of everyday products. The applications described in this article are those considered to be of greatest relevance to anyone with an interest in plastic surgery. These applications range from reconstructive surgery and nerve regeneration, to use in wound and burn care. While some applications, such as wound management, are well established much of the research described is at an early stage. However, the enormous potential of this technology for plastic surgery is evident. 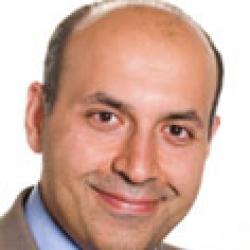 What facial features put you off the most about a potential date?

Treatment abroad can have catastrophic consequences