Last Friday Total Health wrote to the Director of the Centre for Evidence Based Medicine (CEBM) and asked why there seemed to be an apparent obsession amongst media to quote the number of new COVID-19 cases. We referenced the daily news with reports emphasising the terrifying consequences of exponential growth in numbers of cases.

The fear agenda aside, there is also the accusation that the authorities and Boris in particular is losing his grip on the management of this pandemic.

As we face further lockdown restrictions today, the news is all about the 6874 new cases in the UK (not including Scotland "for political reasons") and 34 people who have died "testing positive for coronavirus".

The implications of the political reaction to this pandemic go far beyond anything we have ever seen before - even with bird flu and the foot and mouth funeral pyres. They have made life a misery for millions, caused huge fear, prevented other diseases from being detected and treated, and wrecked the economy. So, has the reaction been proportionate? I think most of us got the need in the early days to 'flatten the curve', but is there any real scientific evidence to suggest that there will be a second wave, or that this is justification for what is happening?

Calling a PCR positive a "case" causes huge confusion, and is not correct. 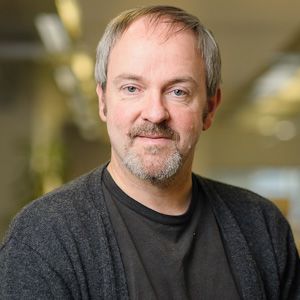 Back on the 2nd August, the CEBM said, "The government has restricted movements on millions of people in England: COVID is apparently on the rise. But what happens when you start digging into the data?".

Professor Carl Heneghen (pictured) then goes onto explain why the number of cases of COVID in the UK aren't rising.

So, with the fresh media frenzy over increasing numbers of cases, Total Health asked the following questions:

As of today, Total Health has not yet received a direct reply, however, the CEBM have obviously been busy and the original report has now been updated with their article PCR Positives; what do they mean? - and this answers our questions. Helpfully, the article also intimates how questions around these issues should be phrased.

So, what are the CEBM saying?

1. A positive PCR test does not mean you have active COVID-19 or are infectious. The result may be of interest to academics, but it is otherwise academic. There is nothing really meaningful to be gained.

2. The best test for active virus is a 'viral culture test'. This laboratory test can see if the virus taken from the patient is active and not just a piece of inactive RNA.

3. The manufacturers of the testing kits have got their caveats in, and admit that there is interference and cross-contamination from a host of other known viruses (who knows about the unknown ones?). These other viral fragments can be responsible for causing false positive results. The manufacturers are quoted saying, "the detection result of this product is only for clinical reference, and it should not be used as the only evidence for clinical diagnosis and treatment".

4. Even if the PCR test is a 'true positive', this does not mean the person has active virus or is infectious, or presents any danger to society.

5. Patients can remain 'PCR positive' long after the the virus is inactive. This is also true for many other viruses including flu, Zika and Ebola.

6. Calling PCR positives “cases” does not specify whether the persons have carried the virus for long or whether it is “active”. This could lead to the finding of many “cases” as a function of the number of PCR tests conducted. "PCR positives would therefore not speak of an advancing pandemic".

8. Viral culture is required as a reference to test for infectivity.

9. COVID-19 labelled deaths depend on subjective parameters whether excess deaths have the advantage of being a standard relative to a reference, namely, the number of deaths in previous years. Heatwaves have an impact on the number of excess deaths.

10. PCR positives do not correlate to excess deaths in the future and therefore lack predictive power.

and - What do PCR positives mean?

We have raised the point about misleading and unchallenged data previously and we ask again. Why isn't political policy being informed and underpinned by the right scientific and medical evidence?

According to BBC health reporter, Philippa Roxby Children are behind rising demand for tests in England. The report goes on to inform us that, "Only 1% of those children who had a test actually had the virus, compared with 3.5% in older age groups". However, what this reporting does not make clear is that stating, "actually had the virus" is different to saying "is a true, confirmed positive and is infectious", which is what this statement actually implies. The difference is fundamentally important - and needs to be made abundantly clear. i.e. How many of that 1% are false positives, or just inert fragments of RNA?

The report concludes, "Now that children throughout the UK are back at school, the need to understand this aspect of the virus is even more pressing". Well, yes, and understanding would be helped by making sure that reporting scientific data is backed by an evidence-base that provides some accuracy.

So, it seems that according to the SAGE papers (being released today) that even Government advisors agreed that the false positive rate rendered the testing results meaningless. As they admitted between themselves, but refused to admit publicly,  "Unless we understand the operational false positive rate of the UK’s RT-PCR testing system we risk overestimating the COVID-19 incidence!"

Referring to the COVID "case reporting" that underpinned all policy making, the government paper dated 3rd June 2020 admits, "The Operational false-positives and false-negatives will have significant impact in the way we respond to the COVID-19 pandemic. They will affect national surveillance, and the functioning of the UK track- and-trace programme. We have been unable to find any data on the operational false positive and false negative rates in the UK COVID-19 RT-PCR testing programme. This short paper suggests this must be measured as a priority, and makes recommendations on managing operational false positive and false negative rates."