Ben Timmis was appointed as joint Medical Director of the Upright MRI scanning centre in April 2006. Ben qualified as a doctor from St Bartholomew's Hospital Medical College (University of London) in 1975. He trained in general medicine for a number of years before starting higher training in diagnostic radiology at The Hammersmith Hospital in 1981.

He obtained his higher qualifications in radiology (DMRD and FRCR) before being appointed as a consultant radiologist to the Whittington and Royal Northern Hospitals in London in 1984, with a special interest in interventional andvascular radiology. Within a year of appointment he was voted by colleagues to the Chair of the Division of Radiology. Two years later he became Chairman of the Hospitals Consultant Medical Committee, before being appointed as the first Medical Director of the Whittington Hospital NHS Trust, a post he held for 4 years before returning to Clinical Radiology.

Currently, Ben divides his time between his NHS appointment and private practice. He has had extensive experience of Medical Management in both these arenas, specialising in finding innovative solutions to the fast paced challenges of high technology modern health care. 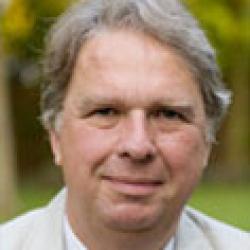