Panos Thomas is appointed as the National Tutor in Orthopaedic Sports Surgery by the Royal College of Surgeons in England. He developed the MSc in Sports and Exercise Medicine of the University College London UCL in 1999, being the programme Director until 2010. Panos Thomas has taken part in the design of the Sports and Exercise Medicine Speciality SEM and he is also a member of the Speciality Training Committee in London for this Speciality, leading the training of doctors in West London. He is the Academic Secretary of the British Orthopaedic Sports Trauma Arthroscopy Association.

Panos Thomas is the Editor of the Sports Orthopaedic Section for the Electronic NHS National Library, evaluating all related Sports Surgery projects presented prior to publication. He has widely presented and published articles related to Knee and Sports Surgery and is the author of two books.

He was invited to Ghuanzhou, Canton in China to operate on athletes with complex knee problems, and to teach local surgeons. He has also been invited to treat patients and take part in surgery in Abu Dhabi UAE and Tampa USA. 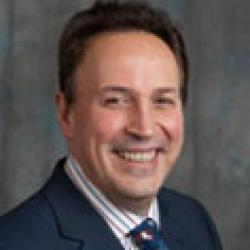