Soft-tissue cancer
Head and Neck Lumps
This article describes the forms, diagnosis, and treatment of cancerous soft tissue tumours, known as sarcomas. This will be of help to anyone who has been diagnosed with a soft tissue sarcoma and would like to know what their treatment options and prognosis will be.

The most common symptom of a malignant soft tissue sarcoma (cancer) is a painless, gradually enlarging lump. The growth rate of soft tissue sarcomas varies with the aggressiveness of the tumour, low grade tumours can grow slowly while aggressive high grade tumours can develop and enlarge rapidly. The diagnosis of a soft tissue sarcoma relies on clinical examination, imaging, and laboratory analysis (histopathology of a biopsy). In most cases the laboratory examination of a tumour specimen is required before treatment is started. Core biopsy can differentiate soft tissue sarcomas from benign soft tissue tumours with an accuracy of 98%. The subtype and grade of the tumour can accurately be determined in more than 90% of core needle biopsies. Incisional biopsy is less common than needle biopsy and has a higher rate of complications than core needle biopsies and thus should be performed only in exceptional circumstances. Laboratory diagnosis should be made by a specialist soft tissue pathologist to determine the grade and stage of the tumour.  The grade of the tumour determines how aggressive the tumour behaves in terms of growth rate and likelihood of spread. The stage is determined by tumour size, tumour grade, depth and evidence of spread and gives an indication regarding the long-term prognosis.

The majority of soft tissue sarcomas occur in patients aged 50 years and over. However, the age profile of patients diagnosed with soft tissue sarcoma depends on the type of the sarcoma. Sarcomas have been traditionally classified according to the adult tissue they most resemble, and the World Health Organisation has defined about 50 subtypes, dividing soft tissue sarcomas into tumours of smooth muscle, skeletal muscle, vascular and so on. Rhabdomysarcomas, which grow in the active muscles of the body, are most common in children and adolescents, and synovial sarcomas, which occur in the linings of joints such as the knee and elbow, have a higher occurrence in young adults.

Staging and prognosis of malignant sarcoma

The most widely accepted soft tissue sarcoma classification system was produced jointly by the American Joint Committee on Cancer (AJCC) and the International Union against Cancer (UICC) and it uses tumour size, tumour grade, location (superficial or deep), regional lymph nodes (rare) and systemic metastasis to stage the disease. The overall 5-year survival for all soft tissue sarcomas in the UK is 51%. Individual prognosis is determined by tumour size, grade and location.

Soft tissue sarcomas are a diverse group of tumours and as our understanding of the differing natural history and response to treatment improves it is increasingly possible to tailor treatment according to the individual sarcoma. The major therapeutic goals are long-term survival, avoidance of local recurrence, maximising function and minimising morbidity.

All patients with a suspected soft tissue sarcoma should be managed by a specialist sarcoma centre as specified in the NICE guidance. Decisions about surgery, chemotherapy, radiotherapy and the timing of all of these treatments should be made by specialists in dialogue with a Sarcoma multidisciplinary team.

Surgical removal involving wide margins whenever possible, with or without radiotherapy, offers the best chance of a cure in the absence of spread (metastases) of the disease. Limb-salvage and maintaining maximum function are important goals. The primary aim of surgery is to completely remove the tumour together with a margin of normal tissue. The operation should be planned by an experienced surgical team after careful study of the scans. Because soft tissue sarcoma can occur at any site, every operation will be different, though common surgical oncologic principles will of course prevail. The first operation is the best chance for cure and inadvertent and unplanned removal of soft tissue sarcomas can lead to inferior local control and survival rates. Patients with tumours that, because of size or position, are considered borderline removable, should be considered for either radiotherapy or chemotherapy before surgery in an attempt to shrink the tumour to make an operation easier. Isolated limb perfusion with high dose chemotherapy is a valuable pre-operative technique for reducing the size of difficult but potentially removable tumours in an extremity, where limb preservation may not otherwise be possible. In some situations (less than 5% of patients) amputation may be the most appropriate surgical option to offer the best chance of cure.

The role of chemotherapy alongside other treatments remains unproven for most soft tissue sarcomas. It should be considered for individual patients with potentially chemo-sensitive sarcomas subtypes after discussion in a multidisciplinary meeting.

Follow up consists of regular clinical examination and chest X-rays. Clinical examination is use to detect local recurrence and chest X-rays to monitor for spread to the lungs. CT scans and/or MRI scans are utilised when abnormal findings are detected on clinical examination or chest X-ray. Early detection of local relapse or pulmonary metastases (spread to the lungs) may improve prognosis in some patients. The risk of systemic spread is based on tumour grade, depth, size and tumour subtype. The risk for local recurrence is related to tumour grade, margins of excision and use of radiotherapy.

The clinical symptoms of patients with a soft tissue tumour is highly variable. The most common symptom is a painless, gradually enlarging lump. Any patient with a soft tissue lump that is increasing in size or has a size bigger than 5cm or is deep in the body (deep to the deep fascia), whether or not it is painful, should be referred to a specialist sarcoma diagnostic centre. Magnetic resonance imaging (MRI) and core needle biopsy are recommended prior to definitive surgery. All patients with a suspected soft tissue sarcoma should be managed by a specialist Sarcoma multidisciplinary team as specified in the NICE guidance. Surgery is the standard treatment for all patients with localised soft tissue sarcoma. When the anatomical position of the sarcoma allows, a wide excision of the tumour surrounded by a rim of healthy tissue is the standard surgical procedure. Where a wide excision is not possible due to the proximity of vital anatomical structures, a planned marginal excision plus radiotherapy may be an appropriate means of achieving local tumour control while maintaining function. Pre- or post-operative radiotherapy is considered to be the standard approach for nearly all intermediate or high-grade soft tissue sarcomas. Pre-operative radiotherapy is advantageous in terms of long-term functional outcome with equivalent rates of disease control when compared with postoperative radiotherapy. 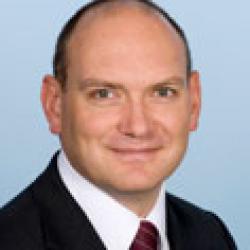 JAK Boots – these cells were made for marching

Genes identified that can control the ageing process