Professor Tim Illidge is a leader in Targeted Therapy and Oncology at The Christie Clinic, Manchester. In 2004 he moved his Cancer Research UK research group to the Paterson Institute and Christie Hospital where his research is based on developing new antibody based therapies for lymphoma. He specialises in the management of non–Hodgkin and Hodgkin lymphomas. He is an expert in both the systemic immuno-chemotherapy approaches and radiotherapy techniques in these cancers and has led many early phase and late clinical trials in these techniques.

After completing his undergraduate degree in Biochemistry (BSc) at London University, Prof Illidge received his medical degree (MB BS) from Guy’s Hospital Medical School, London, and was subsequently awarded a PhD from the University of Southampton, for his work in the field of lymphoma. Prof Illidge completed research fellowships as CRUK Senior Clinical Research Fellow and was appointed Senior Lecturer and Honorary Consultant in Oncology at Southampton University Hospitals NHS Trust in 1999. He was awarded a US Senior Fulbright fellowship and a Winston Churchill Fellowship which enabled him to work as part of the lymphoma team at Stanford University, California 1998.

Personal treatment philosophy: My aims are to deliver treatments that achieve the highest possible cure rate with the lowest long term side effect profile in a personal and patient specific approach. 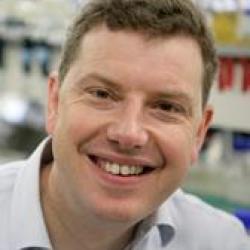