In this letter, Mr DW describes his experience after having received prostate artery embolisation (PAE) to treat the symptoms of an enlarged prostate. The procedure was conducted by consultant interventional radiologist, Dr Nigel Hacking. Dr Hacking operates from Southampton, and is constantly visiting other hospitals to meet the international demand for this form of treatment. Mr DW seems to be pleased with both the painlessness and speed of the operation, as well as with the treatment outcome. 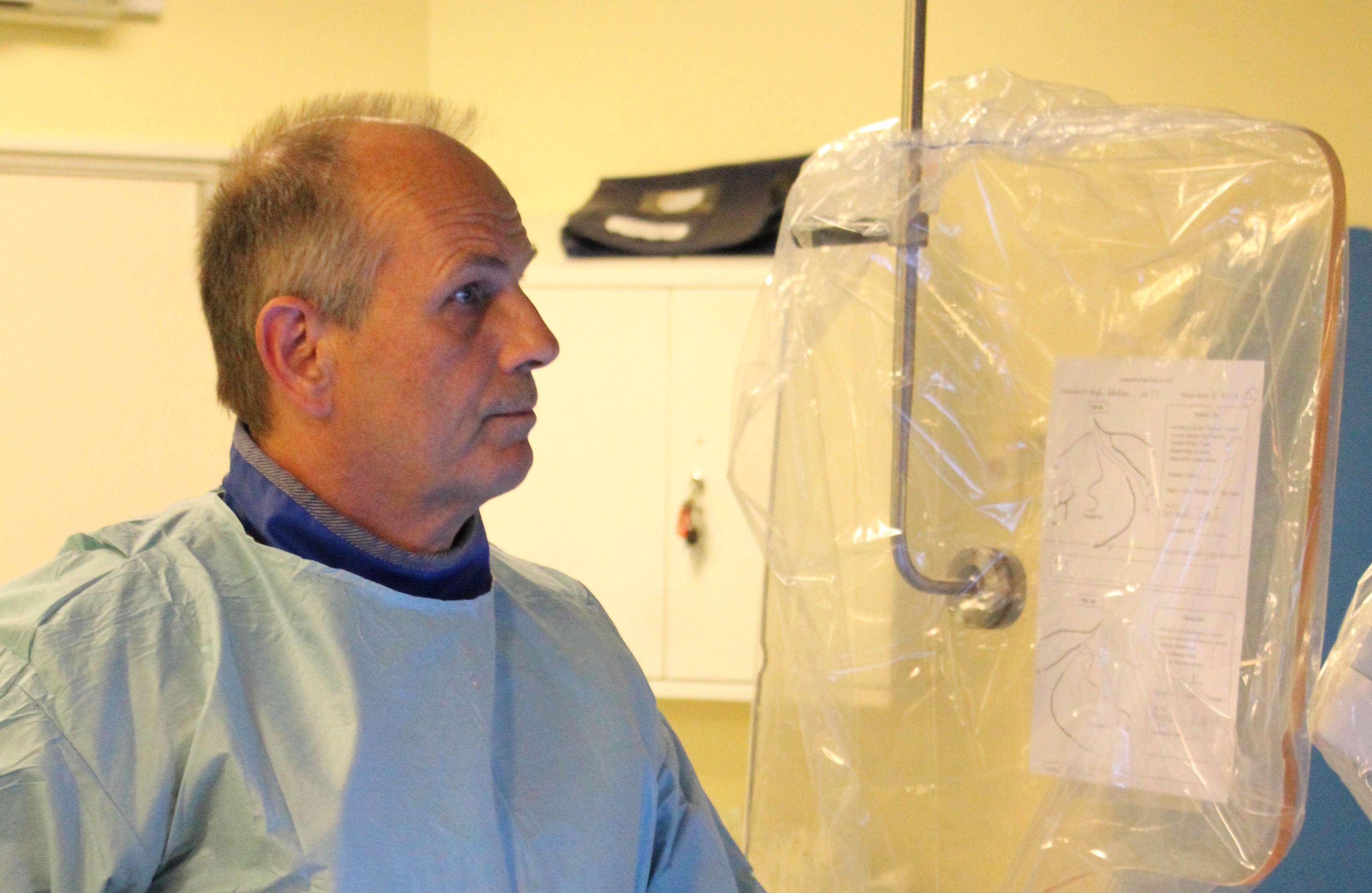 "I am a 70 year old male and have suffered from the common problem of my age group-increasing frequency and difficulty in urinating, for about ten years. A couple of years ago my GP identified the cause as an enlarged prostate gland, or Benign Prostatic Hyperplasia (BPH), and I was prescribed Tamsulosin, a drug which relaxes the muscles controlling urination. The problem continued and became quite severe last autumn when, coupled with a urinary infection, sleeping became very difficult. At the beginning of October 2019 I was put on the waiting list to see an NHS Urologist, possibly involving a wait of twelve months for an appointment, and a further eighteen months for the standard TURP operation.

The prospect of 30 months of nocturia, and surgery with side-effects led me to make an online search for an alternative. PAE- Prostate Artery Embolization, blocking some of the prostate arteries with minute plastic spheres sounded promising. The idea of creeping up on the offending gland and gently cutting off its blood supply seemed more appealing than slicing away at it directly through the urethra, even though PAE is still regarded as an experimental procedure by the NHS. I emailed the College of Interventional Radiology and received a very encouraging reply from Dr Nigel Hacking at Southampton Spire Hospital offering to give me the procedure privately if I could have a referral from both my GP and a Urologist. The GP’s referral was no problem, and he in turn referred me privately to a local Urologist of my own choosing. For the PAE I had to satisfy the criteria of having no signs of cancer or other complications, and a suitably enlarged prostate. This is where I came up against something which I had not considered- rivalry between Urologists, who seem most interested in offering surgery, and Interventional Radiologists specialising in passing catheters through blood vessels. Thus even though I fulfilled all the criteria for PAE, the Urologist did not recommend it instead of the TURP. I persisted and he eventually agreed to refer me to Dr Hacking.

So, twenty days after I had decided that I wanted to have a PAE, and thanks to a last minute cancellation in Dr Hacking’s list, I found myself driving to Southampton. I had to spend two days there. On day one I had a CT Angiogram, which involved an Xray scan to make a map of my prostate arteries (their anatomy varies between people), followed by a consultation to explain the procedure. On the morning of day two, after no breakfast and clad only in a hospital gown, I walked into the cath lab and climbed onto the Xray table and lay on my back. The coolness of the room surprised me- maintained for the most efficient functioning of the equipment and to minimise infection, I was told. A cannula was inserted into my arm for sedation if needed-it transpired that didn’t. Unlike the TURP operation, a urinary catheter was not used.  The procedure started with an injection of local anaesthetic in the right groin, then the arterial catheter was inserted painlessly into the main artery. No general or spinal anaesthetic was used.

As Dr Hacking manipulated the catheter through the arteries he closely followed their progress on a screen. The Xray machine hovered overhead and sometimes moved along a circular rail to make detailed 3D images. The procedure took two hours-a little longer than average due to my complex arterial anatomy, during which I was completely conscious, and felt no pain or discomfort.  Occasionally Xray opaque fluid would be passed down the catheter and I was asked if I felt it, and where. It felt a little warm. My biggest surprise was that the arteries appear to have no sensation, as I felt nothing as the catheter passed through them. At the end of the procedure the catheter was removed and a soluble plug put in its place and covered with a dressing. Even though I felt like leaping off the table, I was told to keep lying still and pushed back to the ward on a trolley. After a four hour resting recovery period lying down, I was able to urinate and allowed to walk out of the hospital clutching a pack of antibiotics and analgesics, but not drive a car for four days (my wife came in useful here).

I did not need the analgesics, and noticed an improvement in urination in the first week. I did have some interesting but painless bruising in the groin and right leg due to blood leakage, and this disappeared after a week or so. The easing of urination  continued over the ensuing weeks and at week three I stopped the Tamsulosin. At the three month follow up MRI scan in Southampton my prostate was the same size as that of a young man- down from 58mls to 26mls. In the daytime my urination is now pretty well normal. At night I still have to get up about twice a night, but I can live with that, and there is the possibility of further progress. I am very happy with the outcome, glad that I had a PAE, and feel very grateful for the help of Dr Hacking and his team in Southampton. Oh, and four months on, I am still waiting to hear when my NHS Urology appointment will be." 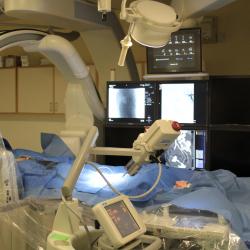 In this series Total Health continues to receive detailed feedback from patients who understand the necessity to share their experiences for the benefits of others.

Although in most cases the patients have been happy for us to provide their names, we have nonetheless only used their initials - in the interest of confidentiality. This feedback is from patients who  had varying degrees of symptomatic severity, ranging from milder to total urinary retention. Following urological assessment they were all treated for an enlarged prostate using advanced prostate artery embolisation (PAE). The minimally invasive procedure was performed by pioneering interventional radiologist, Dr Nigel Hacking.

The patient had been suffering from severe lower urinary tractsymptoms (LUTS) caused by an enlarged prostate. This detailed feedback is intended for the benefit of anyone else who might also be suffering from prostate symptoms and is seeking a preferred treatment option.